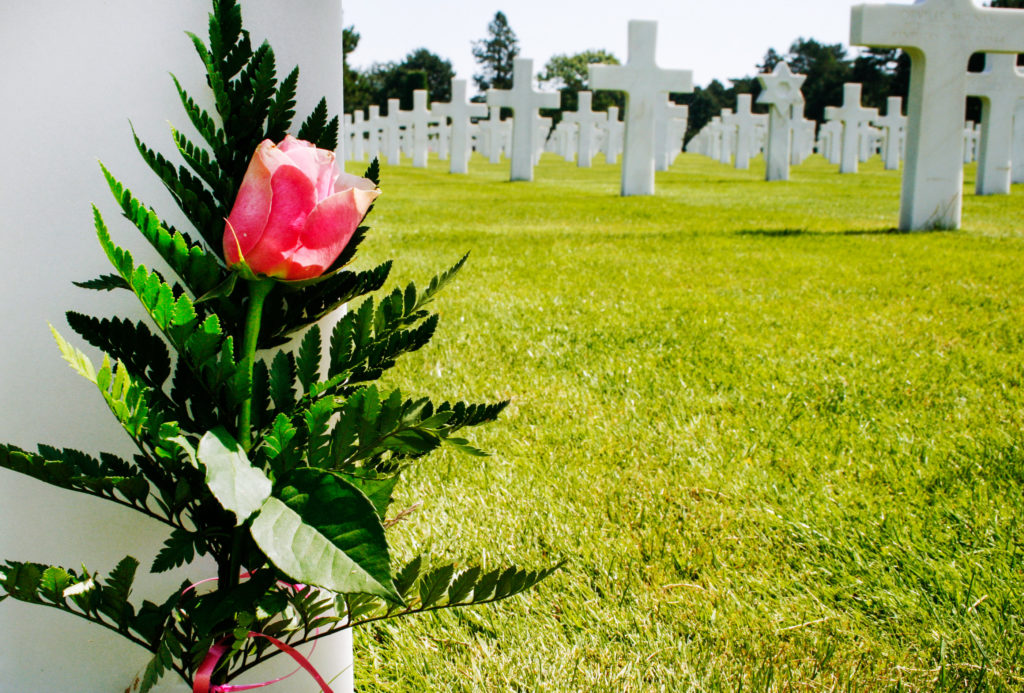 Edith Rockefeller McCormick, the daughter of John D. Rockefeller, maintained a large household staff. She applied one rule to every servant without exception: They were not permitted to speak to her. The rule was broken only once, when word arrived at the family’s country retreat that their young son had died of scarlet fever. The McCormick’s were hosting a dinner party, but following a discussion in the servants’ quarters it was decided that Mrs. McCormick needed to know right away. When the tragic news was whispered to her, she merely nodded her head and the party continued.

Few, if any of us, could do anything comparable to what Mrs. McCormick did. Death hurts us to our core and dealing with grief is no easy task.

When I was at Southern Christian University in Montgomery back in the fall, one of my courses involved four or five different professors, each lecturing on his specialty in the Doctor of Ministry program. I had quite a few sessions with the counseling professor, and Dr. Gunnells told the four of us in class why he became involved in counseling. When he was about 10, Brother Gunnells and his five-year-old brother were playing on a dirt hill when a dump truck showed up and backed over the five-year-old, killing him instantly. Dr. Gunnells talked about the grief that he and his family endures—even though the family were Christians and knew that little boy had never sinned and was with Jesus. Dr. Gunnells has, therefore, devoted his life to helping others deal with grief—his dissertation explored how to help families deal with the loss of a child, he has written a book on how to deal with grief, and he teaches courses on death and dying.

Each of us will experience grief in this life. We live in a world of dying people, and there is absolutely no way to escape grief. Therefore, this morning, we wish to explore grieving for the righteous.

We know that every loved one, whether ill or not, will one day face death. Job said to the Lord, “I know you will bring me down to death, to the place appointed for all the living” (Job 30:23). Notice what David told Solomon when David was about to die: “I am about to go the way of all the earth. So be strong, show yourself a man” (1 Ki 2:2). How could David refer to death as “going the way of all the earth” unless we all die? “Just as sin entered the world through one man, and death through sin, and in this way death came to all men, because all sinned” (Rom 5:12).

When I moved to the US, I was impressed with the number of total strangers who visited my home to wish me well. . . they all sold insurance! One day my visitor was talking about the necessity to be prudent in the preparation all possibilities. “If something should happen to you, Mr. Briscoe—” he started to say, but I interrupted with, “Please don’t say that. It upsets me.” He was a little startled, but tried again, “But with all due respect, sir, we must be ready if something should happen to us.” “Don’t say that,” I insisted. He looked totally bewildered and said, “I don’t understand what I said to upset you.” “Then, I’ll tell you,” I replied. “It upset me that you talk about life’s only certainty as if it’s a possibility. Death isn’t a possibility; it’s a certainty. You don’t say ‘if,” you say ‘when,” whenever death is the subject.”

Indeed, whenever we talk of death we need to say “when,” not “if,” for every one of us will leave this world.

When Elisha saw Elijah was no more, he tore his garments. The tearing of garments was a common sign of deep anguish in the ancient world. When Job learned of all the disaster which had befallen him, he “got up and tore his robe and shaved his head” (Job 1:21).

Elisha then asked, “Where now is the LORD, the God of Elisha?” This question shows that Elisha is nothing more than human—although Elisha was a prophet of God, he still struggled in his humanity, just as we do. Elisha’s question has been repeated millions of times over since he uttered it: “Where is God when I hurt? Where is God when life throws me a curveball?”

Here’s what I want to emphasize and here’s what I think we need to understand: Elisha knew without any doubt that Elijah had gone to Paradise, but he still mourned.

We sometimes get the idea that we shouldn’t mourn when our loved ones go to be with the Lord. “Don’t cry. Your dad’s in a better place.” “Don’t try. Your mom’s suffering is over.”

It is true that love ones who go to be with the Lord dwell in a better place than do we and it’s also true that their suffering has ended, but the idea we shouldn’t grieve is not at all biblical.

I’m convinced that Jesus wept because Mary and Martha, two individuals whom he loved deeply, were hurting. But, notice that Jesus didn’t say to Mary and Martha, “Don’t weep. Don’t grieve. Lazarus is in the Paradise of God. Your grief is inappropriate.” Jesus said nothing like that, but he grieved along with Mary and Martha. If it were wrong to grieve over loved ones who were saved, don’t you think Jesus would have rebuked Mary and Martha?

When we grieve, let us grieve in hope, not as those who have no hope!

As Elisha and Elijah were walking together, a chariot of fire and horses of fire approached and Elijah went up to heaven in a whirlwind.

In the Old Testament, whirlwinds often served as vehicles for God’s work. “The LORD sent a great wind on the sea, and such a violent storm arose that the ship threatened to break up” (Jonah 1:4)—The Hebrew term for “great wind” is the same Hebrew word translated “whirlwind” in this morning’s text. “Then the LORD answered Job out of the storm” (Job 38:1)—Again, “storm” is the same Hebrew word we have here.

The chariots and horses are somewhat more difficult to understand.

Chariots are, at times, used in God’s judgment. “See, the LORD is coming with fire, and his chariots are like a whirlwind; he will bring down his anger with fury, and his rebuke with flames of fire” (Is 66:15). But, in the context of Isaiah 66, there is a great hint of victory. Israel is going to be delivered from her captivity and her enemies are going to be defeated. Thus, what is defeat for God’s enemies is victory for God’s people.

I wonder if we can’t merge these two ideas in the text before us this morning. The chariots which symbolically carry God from place to place are here carrying one of his servants from earth to eternity. The chariots which bring defeat to God’s enemies and victory to his people are here bring defeat to the enemy of death and victory to God’s servant.

Elisha clearly understood what was taking place and exclaimed, “My father! My father! The chariots and horsemen of Israel!”

Here’s what I want to emphasize: Elisha clearly understood what was happening—he understood God was taking Elijah to paradise.

How many times have we witnessed a loved one leave this world when we were very aware that our loved one was leaving this world for glory?

The night Tammy and I brought RJ home from the hospital after he was born, I received a call that Raymond, a dear Christian man, was about to leave this world. Raymond had suffered greatly with cancer for several months, but that did not deter his dedication in serving the Lord. When I arrived at the home, Raymond was fighting to stay in this world and his family had gathered around his bedside. An hour or two after I arrived at his home, Raymond could fight no more, and he gave up his spirit. When he died, Raymond’s widow looked at his brother and said, “Harold, Raymond has met his Maker.” Juanita knew that Raymond had entered the Lord’s glory.

General William Nelson, a Union general in the Civil War, was consumed with the battles in Kentucky when a brawl ended up in his being mortally shot in the chest. Gen. Nelson had faced many battles, but the fatal blow came while he was relaxing with his men. As such, he was caught fully unprepared. As men ran up the stairs to help him, the general had just one phrase, “Send for a preacher; I wish to be baptized.” He never had time as a private or after he became a general. And his wound did not stop or slow down the war. Everything around him was virtually unchanged—except for the general’s priorities. With only minutes left before he entered eternity, the one thing he cared about was preparing for eternity. He wanted to be baptized. Thirty minutes later he was dead.

What about you? As with General Nelson, we have no guarantee of tomorrow. Therefore, Paul wrote, “I tell you, now is the time of God’s favor, now is the day of salvation” (2 Cor 6:2). Do you need to come this morning and be baptized in order that you might be prepared to meet God in glory?