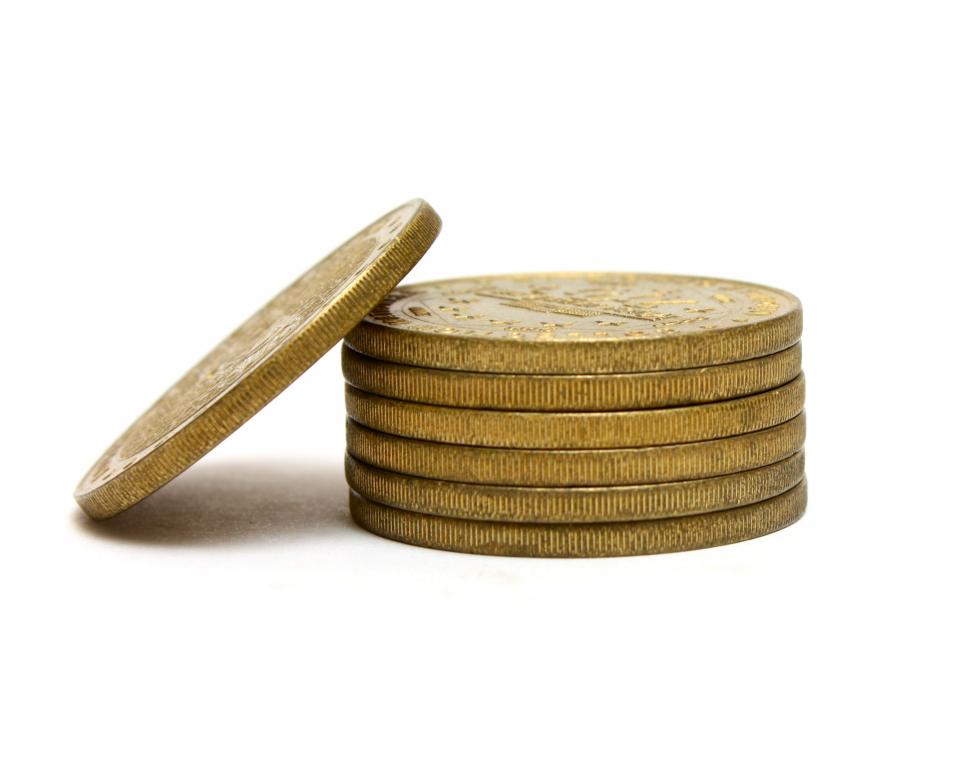 A rich man said haughtily to another man, “I am wealthy, you are poor, why don’t you behave deferentially to me?” The reply came: “That you have money is no reason why I should be deferential to you, as it has nothing to do with me.” The rich man asked, “If I were to give you half of what I have, what would you do then?” “If we each had the same amount,” answered the poor man, “I should be on a level with you; where would the deference come in?” “But supposing that I gave you all,” said the rich man. “I can hardly believe that you wouldn’t be deferential then.” “In that case,” replied the poor man, “My having all the money and your having none-it would be for you to be deferential to me.”

Money causes those who have much of it to act funny. How many people have been ruined because they came into a great amount of money in a short time frame? The name Jack Whitaker clearly comes to mind. Paul does remind us that it’s not the money that causes the problems, but it’s the love of that money: “The love of money is a root of all kinds of evils. It is through this craving that some have wandered away from the faith and pierced themselves with many pangs” (1 Tim 6:10).

There isn’t a doubt that all of us here this evening are greatly rich in this world. How many times did you eat today? How many have not eaten a single bite? How many of you woke up in warm, comfortable beds? How many have no place to call “home”?

This is the time of year that we often think of the less fortunate. The church here takes food baskets to those who don’t have enough to eat. Many individuals give to charities to help feed the hungry or clothe the naked.

Jesus was rich beyond measure, but the Lord gave up those riches for us. Paul writes, “You know the grace of our Lord Jesus Christ, that though he was rich, yet for your sake he became poor, so that you by his poverty might become rich” (2 Cor 8:9). This evening, we want to think of “Rich Man, Poor Man” and think about what Jesus gave up that we might be abundantly rich.

What Did Jesus Give Up?

“Though he was rich, yet for your sake he became poor.”

“Poor” in the original means “reduced to abject poverty”-Jesus, in his Incarnation, gave up great riches.

When Jesus entered Mary’s womb, he gave up his place in heaven.

Heaven is a place of glory and praise. The One on the throne receives continual praise and glory in heaven-Revelation 4:8-11. Before his Incarnation, Jesus had that praise and glory-“Now, Father, glorify me in your own presence with the glory that I had with you before the world existed” (Jn 17:5).

But, when Jesus came to this world, he gave up that glory. Throughout his ministry, there were many who made Jesus’ work difficult-the scribes and Pharisees were continually attempting to trap Jesus, they were constantly accusing him of breaking their traditions, and they began to look for a way to put him to death. Even among his own, Jesus had it rather difficult at times. Think of all the bickering and unbelief he endured from the Twelve. When Jesus spoke of himself as the bread of heaven, some of the larger group of disciples rejected him-“After this many of his disciples turned back and no longer walked with him” (Jn 6:66).

Heaven is a place where sickness, sorrow, and death cannot penetrate.

When John saw the new Jerusalem, he heard a loud voice from the throne, saying, “Behold, the dwelling place of God is with man. He will dwell with them, and they will be his people, and God himself will be with them as their God. He will wipe away every tear from their eyes, and death shall be no more, neither shall there be mourning, nor crying, nor pain anymore, for the former things have passed away” (Rev 21:3-4).

Jesus, however, gave that up to become well-acquainted with sickness, sorrow, and death. “He was despised and rejected by men; a man of sorrows, and acquainted with grief” (Is 53:3). Jesus entered people’s lives when they were suffering and hurting-he touched a leper, he restored sight to the blind, he raised the dead, he cast out demons. Not only did Jesus enter the suffering of others, he himself suffered. “It was fitting that he, for whom and by whom all things exist, in bringing many sons to glory, should make the founder of their salvation perfect through suffering” (Heb 2:10). “Jesus also suffered outside the gate in order to sanctify the people through his own blood” (Heb 13:12).

Jesus suffered so very much.

Prometheus is fabled to have offended Jupiter by befriending mankind and teaching them the arts. The angry Jupiter caused Prometheus to be chained to a rock. A vulture preyed upon his liver, which was renewed every day. Prometheus could have freed himself at any time from his cruel torture, but he chose not to do so. Therefore, he became a symbol of enduring unmerited suffering. If a pagan deity became a symbol of unmerited suffering, how much more so the true Deity who left heaven and suffered for us!

Why the Savior Became Poor

“You know the grace of our Lord Jesus Christ, that though he was rich, yet for your sake he became poor, so that you by his poverty might become rich.”

Everything in Jesus’ humiliation was for our sakes. Jesus himself understood that what he was doing was not for himself, but he was acting on our behalf. When instituting the Lord’s Supper, Jesus said, “This is my blood of the covenant, which is poured out for many for the forgiveness of sins” (Matt 26:28). Praying for his disciples, Jesus says, “For their sake I consecrate myself, that they also may be sanctified in truth” (Jn 17:19).

Think about what Jesus did for us:

We live in an increasingly selfish society, a society which asks, “What’s in it for me?” Perhaps we’re a little like the couple who went to a party. The wife was speaking to a group of her friends and remarked, “My husband and I have managed to be happy together for 20 years. I guess this is because we’re both in love with the same man.”

If that is the attitude of the Lord toward us, what should be our attitude toward others? “Whoever would be great among you must be your servant, and whoever would be first among you must be slave of all” (Mk 10:43). After Jesus’ washed the disciples’ feet, he said, “If I then, your Lord and Teacher, have washed your feet, you also ought to wash one another’s feet” (Jn 13:14).

What the Savior Gives to Poor Sinners to Make Them Rich

Just how rich has Jesus made us?

He has brought us the gift of salvation. “By grace you have been saved through faith. And this is not your own doing; it is the gift of God, not a result of works, so that no one may boast” (Eph 2:8-9). There isn’t a one of us who deserves salvation-nothing we do is worthy of salvation. “We have all become like one who is unclean, and all our righteous deeds are like a polluted garment. We all fade like a leaf, and our iniquities, like the wind, take us away” (Is 64:6). Although our righteousness is filthy, although our righteous deeds don’t measure up, through our submission to the will of God, Jesus will impute to us his righteousness and make us clean.

The Savior brought eternal life. “The wages of sin is death, but the free gift of God is eternal life in Christ Jesus our Lord” (Rom 6:23). We all know quite well the difference between wages and gifts. Many of you will gather in the coming weeks with family and friends to exchange gifts-you didn’t earn those gifts-they were given out of love, given out of the joy of giving. But, when you work, you’re earning your wages-when your paycheck arrives, it’s not a gift, but something you’ve worked for, something you’ve earned. Paul says that what we’ve earned-what we deserve-is death, that eternal separation from God. But God, even though we deserve to be damned, graciously offers us eternal life.

Notice where Paul says that gift of eternal life is found-he says, “The free gift of God is eternal in Christ Jesus our Lord.” If we’re to have eternal life, it’s going to be by being in Christ Jesus. Scripture only provides one way to get into Christ Jesus: “You are all sons of God, through faith. For as many of you as were baptized into Christ have put on Christ” (Gal 3:26-27).

We might disagree among ourselves about how the Holy Spirit dwells within us-good brethren have disagreed about that for years-but we all know that he does dwell within us.

Because the Spirit no longer operates in some miraculous way, many have acted as though he were dead. The spirit is not dead; he is quite active. The Spirit testifies that we are children of God (Rom 8:16). Through the Spirit God will raise these mortal bodies at the resurrection (Rom 8:11). The Spirit strengthens us for spiritual service (Eph 3:16). The Spirit helps us pray as we ought (Rom 8:26).

Jesus gives us the gift of peace. “Peace I leave with you; my peace I give to you. Not as the world gives do I give to you. Let not your hearts be troubled, neither let them be afraid” (Jn 14:27). We live in a world which longs for peace, but finds little. From Afghanistan to Iraq to Israel, conflict often dominates the news cycle. But, we have a different kind of peace, not a peace that depends on external events, but a calm assurance that regardless of what occurs in this world, Jesus has died for us, he has redeemed us, he has forgiven us, and we have a home that no armed conflict could ever take away.

The Savior gives us the gift of victory over death. Speaking of the resurrection, Paul writes, “Thanks be to God, who gives us the victory through our Lord Jesus Christ” (1 Cor 15:57). We rightfully fear death, and we do everything in our power to prolong these lives as long as possible.

The Lord has great gifts for those who are his children.

Has he given you those gifts? If he hasn’t, it’s not his fault-he stands more than ready to give you every conceivable gift. Do you need to come this evening and receive the abundant gifts of God?