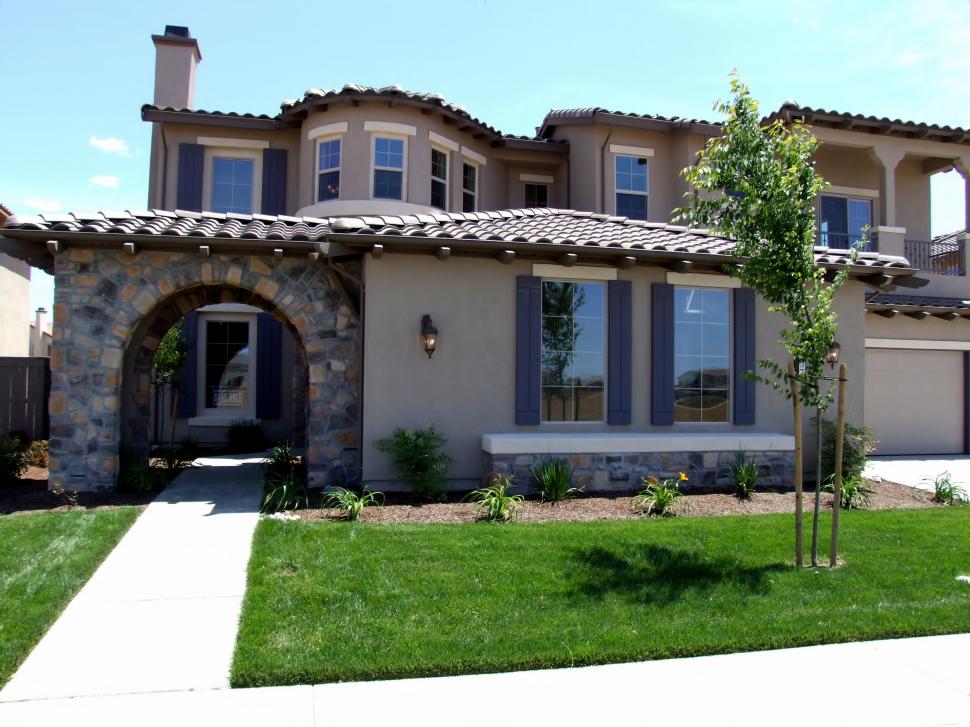 William M. Dyke became blind at the age of ten. Although he had a disability, he grew up to be a bright, witty, and handsome young man. While attending graduate school in England, he met and fell in love with the daughter of an English admiral, and the two were soon engaged to be married. Shortly before the wedding, at the insistence of the admiral, William submitted to an operation to cure his blindness. Hoping against hope, William wanted the gauze removed from his eyes during the wedding so that the first thing he saw would be his bride’s face. As the bride came down the aisle, William’ s father started removing the gauze from his eyes, and no one still knew if the surgery had been successful or not. When the gauze came off, William was able to look upon his bride for the very first time, and he said to her, “You are more beautiful than I ever imagined.”

Without a doubt, heaven will be far more beautiful than we can ever imagine.

Paul needed to know that heaven was more beautiful than he could ever imagine, because he was suffering greatly. Remember that 2 Corinthians was written as a defense of Paul’s apostleship. One of the proofs that Paul used was the suffering he had endured. “We are afflicted in every way, but not crushed; perplexed, but not driven to despair; persecuted but not forsaken; struck down, but not destroyed; always carrying in the body the death of Jesus (4:8-10). Paul goes on to discuss in chapter 4 that his hope was not in me earthly realm where he suffered, but his hope was in the unseen, eternal realm. Paul then moves to our passage, where he takes his suffering and his eternal hope and begins discussing our future home.

“We know that if the earthly tent we live in is destroyed, we have a building from God, a house not made with hands, eternal in the heavens.”

You know how temporary life really is. “What is your life? For you are a mist that appears for a little time and then vanishes” (Js. 4:14). How many people who died this past week expected to die this past week? How many of the students who perished at Columbine expected to die when they left for school that morning? How many passengers who boarded airplanes on September 11 expected to be hijacked and flown into buildings? Life is temporary, and death is going to find us, and we may not see death coming.

This tent may be destroyed. Paul’s mentioning the destruction of his tent – his body – must, I think, be seen in terms of persecution. Just a couple paragraphs before this one, Paul had recounted many of the persecutions he endured for the cause of Christ. What Paul says here is, “It doesn’t matter if my persecutors succeed in killing me, I have a building from God.”

If this tent is destroyed, we have a building from God, a house not made with hands, eternal in the heavens. We have a building from God. One of the most beautiful thoughts about heaven is that God has built it for us. To those on his right hand, the King will say, “Come, O blessed of my Father, inherit the kingdom prepared for you from the foundation of the world” (Matt. 25:34). “When I go and prepare a place for you, I will come again and will take you to myself” (Jn. 14:3).

Instead of a tent, this is a building from God, a permanent place to live. Throughout this passage, we see Paul contrasting the transient nature of a current dwelling with the eternal nature of our heavenly dwelling. Our heavenly home will be eternal. There aren’t going to be any sudden, unexpected deaths in heaven; but that abode will be eternal. Albert Einstein, the great scientist, was strolling along the Princeton Promenade one starry night. Looking up into the sky, he said, “Anyway, that the atom cannot destroy.”

“Here indeed we groan, and long to put on our heavenly dwelling.” “Groan” is in the present tense; thus, the term refers to a continual action. There are a couple ideas as to why Paul refers to groaning here:

Whatever caused Paul to use the term “groan,” we know what he meant – we suffer in this life (groaning is often done by those who are suffering), and we want to get rid of this suffering and put on our new body.

In putting on our heavenly dwelling, we may not be found naked. In order to understand this passage, we need to think about nakedness in the first century. The Greeks would often exercise in the nude, and public nudity was not a big deal to the Greeks. The Jews, however, abhorred public nakedness. The Jews were actually afraid of being found naked. Paul uses “naked” in that Jewish sense of being fearful of being found nude. What Paul seems to be saying in this passage is: When we die, we put off this body of flesh, but the soul will not be naked – left without a dwelling – because it will go to the heavenly dwelling.

While we are still in this tent, we sigh with anxiety; not that we would be unclothed, but that we would be further clothed, so that what is mortal may be swallowed up by life. Paul is sighing with anxiety because Paul wants to put off his tent. This is not a death wish – Paul isn’t saying, “I hope I die tomorrow.” What Paul is saying is: “I want to put off this tent of flesh so that I can be with the Lord, so I don’t have to deal with persecutors, so I don’t have to deal with temptation, so I don’t have any of the difficulties associated with life.”

Paul says, “I don’t want my spirit to be unclothed, but I want my spirit clothed with an immortal body rather than a mortal one.” Again, we have Paul’s concern that the body be clothed – he’s making the point that our spirit will have a dwelling, whether in the flesh or apart from the flesh. Paul wants his spirit to be clothed with life. Our spirits are currently clothed with death – our bodies are dying; someday, somehow these bodies will die. Paul says, “I want to go to the land where I don’t have to worry about death, where I know I’ll always live.”

Can you honestly say that you have Paul’s anxiety? Can you honestly say that you are ready to put off your body of flesh and be clothed with life? Two Christians lived very healthy lives – they exercised every day and they ate right every day. When they died, they went to heaven. As they walked along, marveling at the paradise around them, one of the men turned to the other and said, “Wow I never imagined heaven would be as good as this!” “Yeah,” replied the other. “And just think, if we hadn’t eaten all that oat bran we could have gotten here ten years sooner.” Heaven is far greater than we could ever imagine. Therefore, Paul sighed win anxiety to be there instead of in the flesh. Do you sigh to be in heaven?

“He who has prepared us for this very thing is God, who has given us the Spirit as a guarantee.”

God has prepared us to put off our fleshly body and to be clothed with our heavenly dwelling – he has done so by forgiving us of sin and informing us that heaven will be far better life we currently live.

The Father has given us the Spirit as a guarantee. The Greek term “guarantee” refers to money deposited by the purchaser and forfeited if the purchase is not completed. Thus, God’s giving us the Spirit is an assurance that, in fact, God will give us heaven, for the Spirit is our down payment. There might be room for discussion among us as to how the Spirit dwells within us – good men within our brotherhood have disagreed over that for years. But, however you believe the Spirit dwells within you, know this: his presence there is an assurance, a promise from God that heaven will be your home.

Do you have that assurance this morning?