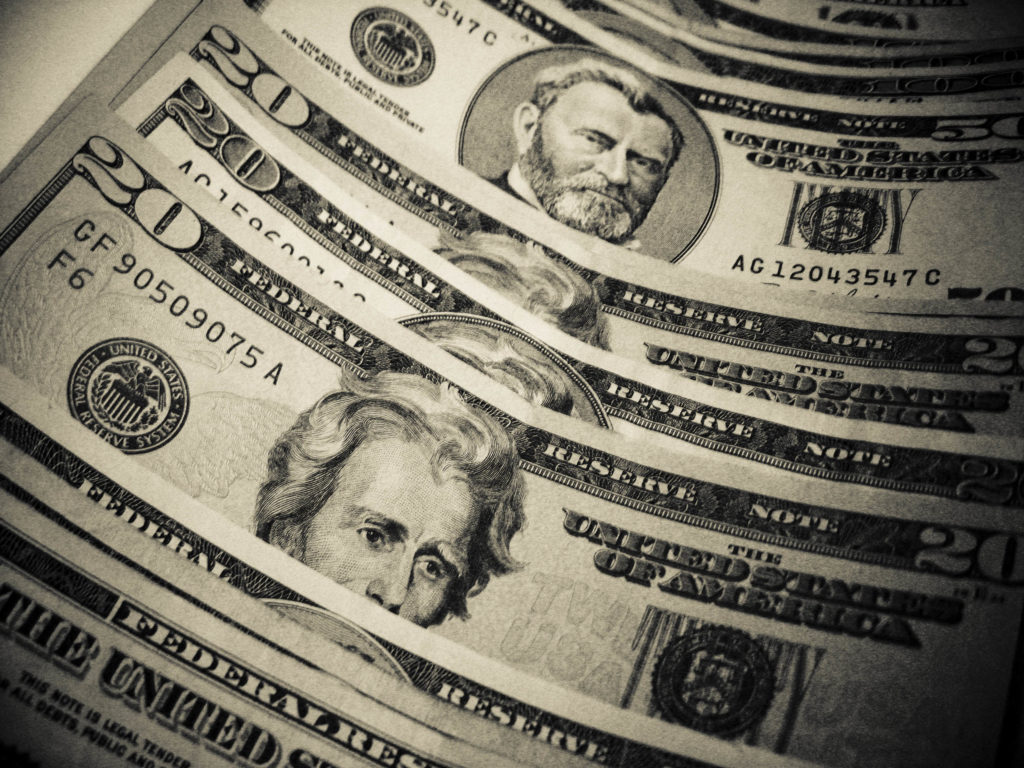 We Have Heard the Macedonian Call Today (2 Corinthians 8:1-5)

Thank God that the Macedonians were willing to give. Paul begins this section of 2 Corinthians by telling these brethren, “We want you to know about the grace that God has given the Macedonian churches.” Why on earth would Paul connect God’s grace with giving? I think it has to do with the grace God gives those who give.

You know that God’s grace is rich toward those who give. “Give, and it will be given to you. A good measure, pressed down, shaken together and running over, will be poured into your lap. For with the measure you use, it will be measured to you” (Lk 6:38)—Jesus isn’t promising monetary blessings, but he is promising blessings. “It is more blessed to give than to receive” (Acts 20:35).

The Macedonians had reason to give. The Christians in Judea were struggling. We know from Acts 11:27-30 that a famine struck Judea hard, and Christians sent money to them by the hands of Paul and Barnabas. Throughout his epistles, Paul speaks of raising funds for the Christians in Judea, and we know that the Macedonians contributed to that fund: “I am on my way to Jerusalem in the service of the saints there. For Macedonia and Achaia were pleased to make a contribution for the poor among the saints in Jerusalem” (Rom 15:25-26). There are several scholars who think that we may be speaking of two separate contributions here: Paul and Barnabas collected funds for the famine, and then Paul continued to raise funds for the poor brethren in Jerusalem.

Whether Paul collected funds for the saints in Jerusalem on more than one occasion is totally irrelevant for our purposes this morning. The brethren in Corinth had pledged to help with the relief work in Jerusalem, but they seem to have considered backing out on that commitment: “Now finish the work, so that your eager willingness to do it may be matched by your completion of it, according to your means” (2 Cor 8:11). Paul, encouraging the Corinthians to complete their work, holds up the Macedonians as an example of giving people.

The Macedonians Were Liberal, vv 2-3

Out of the most severe trial, their overflowing joy and their extreme poverty welled up in rich generosity.

The Macedonians were facing some sort of trial of poverty. We had no idea what type of poverty these Christians were facing. Macedonia—which included the cities of Philippi, Thessalonica, and Berea—was a fairly well-to-do part of the Roman Empire. However, the Roman Empire had come and taken possession of the silver and gold mines there, which left the Macedonians without much of anything. Additionally, many urban residents in the Roman Empire made a good amount of money, but they were still very poor because of high taxes, high rent, and high food prices. It could also be that these Christians were being persecuted—not being allowed to work or individuals not buying their good because they were Christians.

Even in their poverty, they were greatly liberal in their generosity. Paul tells us why the Macedonians were so liberal—their extreme poverty was mixed with joy. How on earth could the Macedonians have great joy when they were apparently destitute? It probably has to do with the great gift of Jesus: “You know the grace of our Lord Jesus Christ, that though he was rich, yet for your sakes he became poor, so that you through his poverty might become rich.” Because Jesus had given them so much, the Macedonians were more than willing to give.

Paul could testify that the Macedonians gave beyond their ability.

When the collection is taken, we often mention that we are to give as we’ve prospered. There’s good reason for doing so; that’s Bible. “On the first day of every week, each one of you should set aside a sum of money in keeping with his income, saving it up, so that when I come no collection will have to be made” (1 Cor 16:2). Yet, that wasn’t exactly the way the Macedonians looked at things: they gave beyond their ability; they gave more than they really could afford to give.

God’s people have a long history of being liberal when it comes to giving. When Moses asked the children of Israel to bring items to build the tabernacle, the artisans went to Moses and said, “The people are bringing more than enough for doing the work of the LORD commanded to be done” (Ex 36:5). Notice what the earliest Christians did: “Selling their possessions and goods, they gave to anyone as he had need” (Acts 2:45).

How liberal are we? When the collection plate comes around, are we being anything like the Macedonians? Are we able to find money to go to the movies, to go out and eat, to buy a new car, to buy new designer clothes, but unable to find but five dollars to stick in the collection plate? Are our priorities such that we can spend money on everything through the week, but we can’t find enough to help support the work of our Lord Jesus Christ?

A little boy came to church off the bus route—the boy lived in a run down house and his clothes were worn to a thread and he had very little in this world; he saw all the grown-ups putting money into the offering plate. He didn’t have anything to give but five marbles in his pocket; marbles that he highly valued. He reached in and put them in the plate! After the church service, one of the deacons asked the little boy if he wanted his marbles back. The little boy said, “Oh, no I gave them for Jesus.”

The Macedonians Were Longing, v 4

The Macedonians “urgently pleaded” with Paul and his co-workers to be able to give to this work. I get the picture that the Macedonians offered to give to the work in Judea, but that Paul, at first, refused their gift. yet, they begged Paul for the privilege of giving.

the Macedonians didn’t see giving as an act of worship to get done hurriedly so they could beat the Baptists up to the steak house for lunch; rather, they viewed it as a privilege—something they wanted to do.

How are we going to view giving—something which must be done to get the service over or something we really want to do?

Everything we have comes from God. “Every good and perfect gift is from above, coming down from the Father of the heavenly lights, who does not change like shifting shadows” (Js 1:17). God is the One who gave us everything we have: the abilities we have to make a living, the food on our table, the clothes on our back, and spiritual blessings too numerous to mention. How can we not want to give to the work of the One who has given us so much?

The Lord has given us so very much. “You know the grace of our Lord Jesus Christ, that though he was rich, yet for your sakes he became poor, so that you through his poverty might become rich” (2 Cor 8:9). Since Jesus was willing to give his very life for us, can’t we give financially to help his work?

So much good is done through our giving.

Through our giving, we support individuals who are in need.

Part of our support goes to help widows and orphans. “Religion that God our Father accepts as pure and faultless is this: to look after orphans and widows in their distress and to keep oneself from being polluted by the world” (Js 1:27). So many of you helped in this when you gave to Potter Children’s Home, and you are to be greatly commanded for it.

Part of our support goes to help others in need. “Sell your possessions and give to the poor. Provide purses for yourselves that will not wear out, a treasure in heaven that will not be exhausted, where no thief comes near and no moth destroys” (Lk 12:33). The more liberally we give, the more opportunities the church has to help those who are poor.

Through our giving, we support the preaching of the gospel.

“The Lord has commanded that those who preach the gospel should receive their living from the gospel” (1 Cor 9:14). Our giving enables this church to help many preach the gospel: We support several missionaries, we support the In Search of the Lord’s Way TV program, we’ve supported individuals in preacher training schools, and we’ve done much other good.

The Macedonians Were Lord-Given, v 5

It seems in this verse we have a reason for the Macedonians’ generosity: “They did not do as we expected, but they gave themselves first to the Lord and then to us in keeping with God’s will.”

They gave themselves first to the Lord. This certainly means that they dedicated themselves to God and to his service. Is there anything better for us to do than to give ourselves to the Lord, to dedicate ourselves to God and to his service? “Seek first his kingdom and his righteousness” (Matt 6:33). “I urge you, brothers, in view of God’s mercy, to offer your bodies as living sacrifices, holy and pleasing to God” (Rom 12:1).

In a diary entry, Jim Elliot, the Auca Indian martyr, wrote, “God, I pray Thee, light these idle sticks of my life, that I may burn for Thee. Consume my life, my God for it is Thine. I seek not a long life, but a full one, like You, Lord Jesus.” Let us pray a similar prayer! That God might have all of our lives, for they are his, not ours! Will you allow God to take all of our life and to use your life as he sees fit?

The Macedonians then gave themselves to Paul and his traveling companions.

What applications can we make? I think there are two:

The Lord expects us to be dedicated to helping the poor. Paul told the Ephesian elders, “In everything I did, I showed you that by this kind of hard work we must help the weak, remembering the words the Lord Jesus himself said: ‘It is more blessed to give than to receive’” (Acts 20:35). Speaking of the rich, Paul told Timothy, “Command them to do good, to be rich in good deeds, and to be generous and willing to share” (1 Tim 6:18).

Aristotle, on being censured for giving money to a bad man, answered: “I did not give it to the man. I gave it to humanity.” Let us simply give, like Aristotle, to humanity! You see, when we give to the poor, we’re not simply giving to humanity, but we’re doing the work that God has called us to do!

This congregation is involved in many good works—both at home and abroad. Let us give generously in order that we might give ourselves to the work of the church!

The Macedonians were held up as an example for the Corinthians.

A certain small boy had a dog named Fido. The boy was very fond of his dog. One day at dinner the boy’s father noticed that he took the best of the portion of roast beef which had fallen to his lot and placed it on another plate. Upon inquiry, the father learned that the meat was for the dog.

“My son,” said the father, “it would be better if you ate that meat yourself and gave Fido some of the scraps that are left.” The boy protested, but his father was not going to be moved. At the conclusion of the meal, the boy took out to Fido a plate heaped with the scraps of the roast. “Here, Fido,” said the boy, “I wanted to make you an offering, but there is only a collection.”