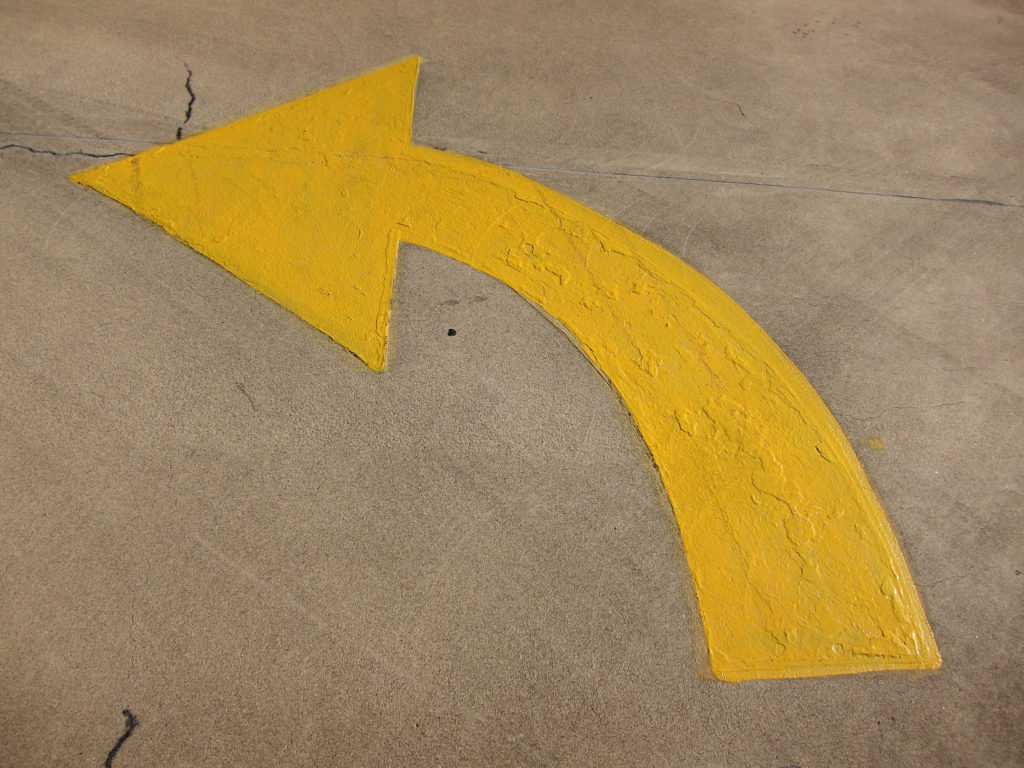 Have you ever known people who needed to repent in a big way? Not long after my mom was born, my grandfather came home drunk. My grandmother went in the next morning while Papaw had a horrible hangover, pulled the covers back, and said, “It’s the bottle or me and the kids. You cannot have both.” He never touched it again, and he did not want anything to do with alcohol.

Maybe you’ve had to repent of some sin you’d prefer no one else ever know. Maybe it was some sexual indiscretion. Maybe it was money; perhaps at one point in your life your money was your god. Maybe it was an anger issue that you’ve struggled to put away from you.

You do know that there can be no forgiveness without repentance. “Unless you repent you will all likewise perish” (Lk 13:3). God “now commands all men everywhere to repent” (Acts 17:30).

We, therefore, need to think seriously about repentance. King Manasseh is an example of someone who repented in a big way. I’m always amazed when I read about evil kings who had faithful fathers. Hezekiah was as good as he could be. Manasseh, his son, was about as evil as he could be. In Kings, there is not a single positive thing said about Manasseh. “He did evil in the sight of the LORD, according to the abominations of the nations whom the LORD had cast out before the children of Israel” (2 Ki 21:2).

However, when you get to 2 Chronicles 33, you learn that Manasseh was not all bad. In fact, Manasseh repented. He died, as far as I can see, as a good and righteous king.

What caused Manasseh’s repentance? God disciplined him in a big way. “Humility before God leads to repentance.”

The chronicler details the sin of Manasseh (vv 1-10):

Manasseh’s is a sad tale. He rebuilt the high places his father had torn down. It deeply hurts me when I see children seeking to undo what their parents had built. He went so far as to erect an idol in the house of God. He caused his sons to pass through the fire—he used his sons as burnt offerings.

Manasseh even led the entire nation to sin. God has given us free will, and we may live how we choose. However, leading others to sin is very serious business. “Whoever causes one of these little ones who believe in Me to sin, it would be better for him if a millstone were hung around his neck, and he were drowned in the depth of the sea” (Matt 18:6). “If food makes my brother stumble [sin], I will never again eat meat, lest I make my brother stumble” (1 Cor 8:13).

God sent prophets to Manasseh, but the king refused to listen. That’s going to get him in trouble. You know anytime we reject the Word of God we’re skating on dangerously thin ice.

The chronicler details the suffering of Manasseh (vv 11-13):

The king of Assyria took Manasseh away with hooks and bound him with bronze fetters. The hooks would be placed in your nose and a chain would attach the hooks to the fetters. Obviously, that was very painful, and you weren’t going to be running in that condition.

When Manasseh was in affliction, he prayed and “humbled himself greatly before the God of his fathers.” True repentance cannot occur until we are humbled before God.

Think about Josiah. During his reign, the Book of the Law was discovered and read before the king; it is believed that book was Deuteronomy. The king tore his clothes and instituted reforms to fit the will of God. Josiah sent a delegation to inquire of a prophetess. The LORD said through her about Josiah: 2 Kings 22:19.

Think about the son who went to the far country. When did he come to his senses and return to his father? Is it not when he was eating pig slops? Did he not also request to be treated as a slave instead of as a son? Why? Because he had been brought as low as someone can be brought.

When the Pharisee and the publican went to pray, the tax collector couldn’t even lift his eyes to heaven because he knew where he stood before God and it wasn’t pretty.

It may be that this morning you need to humble yourself before the Lord and be right before Him.

God, in faithfulness to His covenant promises, brought the king back “into his kingdom.”

The chronicler details the shift of Manasseh (vv 14-20).

We read how that Manasseh carried out reforms consistent with his repentance.

There must always be a shift, a change in behavior, when someone repents. “Bear fruits worthy of repentance” (Lk 3:8). “Let him who stole steal no longer, but rather let him labor, working with his hands what is good” (Eph 4:28).

One: You never give up.

If I had been a prophet back in Manasseh’s day, I would likely have written him off as a sinner content in his ways. There is absolutely no way that this king who loved idols would ever serve the Lord. But he did.

In Scripture, several folks steeped in sin came to the Lord. Abraham came from a family of idol worshipers (Josh 24:2), but he is the “Father of the Faithful.” Zacchaeus likely defrauded people, but after he encountered Jesus, he gave half of his goods to the poor and paid restitution (Lk 19:1-10). Paul was a murderer of Christians, but he became the apostle to the Gentiles.

Have you given up on someone’s obedience to the gospel? Did you invite this person to worship, only to have him flatly reject your invitation? Have you studied with someone who has adamantly rejected the gospel? Let’s do this:

Pray for that individual at least three times a day—morning, noon, and night. Prayer for the lost is as biblical as it can be: “My heart’s desire and prayer to God for Israel is that they may be saved” (Rom 10:1).

After you’ve prayed for several days, make that approach again. Maybe, like Manasseh, that individual may have had a “wake up call.”

Two: You never confront without truth.

No one can come to Jesus who has not been confronted with the reality of sin. There are some who try—Joel Osteen and his ilk try to make everyone happy and preach a gospel without the cross.

Until someone understands the seriousness of his sin, he cannot come to the Christ who died at Golgotha! When did those at Pentecost want to know what they should do (Acts 2:37)? After Peter had said, “Let all the house of Israel know assuredly that God has made this Jesus, whom you crucified, both Lord and Christ” (Acts 2:36). When did Simon the sorcerer, a child of God who had sinned, ask Peter and John to pray for him (Acts 8:24)? Only after Peter had said, “Your heart is not right in the sight of God” (Acts 8:21). When did Saul ask the Resurrected Christ what he should do (Acts 9:6)? Only after the Christ had said, “Saul, Saul, why are you persecuting Me?” (Acts 9:4).

Confronting someone about sin is never pleasant, but if we don’t confront over sin, people will go to a devil’s hell.

When you confront, you must do so in love.

We are to be “speaking the truth in love” (Eph 4:15). There’s no place to confront out of ego or pride or to demonstrate our own righteousness.

When you confront, you need to use Scripture.

“All Scripture is given by inspiration of God, and is profitable for doctrine, for reproof, for correction, for instruction in righteousness” (2 Tim 3:16). “The word of God is living and powerful, and sharper than any two-edged sword, piercing even to the division of soul and spirit, and of joints and marrow, and is a discerner of the thoughts and intents of the heart” (Heb 4:12).

If you confront without Scripture, you’re doing nothing more than giving your opinion.

Three: You never convert anyone without humility.

Manasseh was able to repent and correct his actions only because he received a high dose of humility. His affliction in Babylon caused him to turn his sinful heart back to the Lord. “When he was in affliction, he implored the LORD his God, and humbled himself greatly before the God of his fathers” (2 Chron 33:12).

Without big humility, people cannot come to Jesus. Pride, the opposite of humility, kills people spiritually. Nebuchadnezzar learned that lesson the hard way. He went out on his palace roof and declared, “Is not this great Babylon, that I have built for a royal dwelling by my mighty power and for the honor of my majesty?” (Dan 4:30). Nebuchadnezzar was driven out of his mind until he, in humility, acknowledged the sovereignty of God (Dan 4:31-37). Jesus told of a Pharisee who went to the temple and prayed an arrogantly boastful prayer; he did not go home justified (Lk 18:9-14).

When people are humiliated before God, they can repent. When Peter saw Jesus after he had denied the Lord three times, the disciple “went out and wept bitterly” (Lk 22:62). Paul referred to himself as the chief of sinners (1 Tim 1:15).

How do you help people come to humility?

Sometimes, quite honestly, life humbles people and they come to Jesus. There have been times when I’ve baptized folks who were within hours of leaving this world. I have baptized many folks who were in jail for crimes ranging from murder to child molestation. In times like that, it’s wise to help people when they’ve been brought low.

However, I believe we can help bring people to humility. How? You take them to the cross.

Who can stand arrogantly when you gaze at the dying Lamb of Calvary? He went there for my sins. Isaiah 53:5-6. “This is My blood of the new covenant, which is shed for many for the remission of sins” (Matt 26:28).

As you gaze upon the cross and realize the Creator of heaven and earth suffered for you, there is no place for arrogance! Jesus went to that cross because you are a sinner! Do you need to come and replace arrogance with service to Jesus?