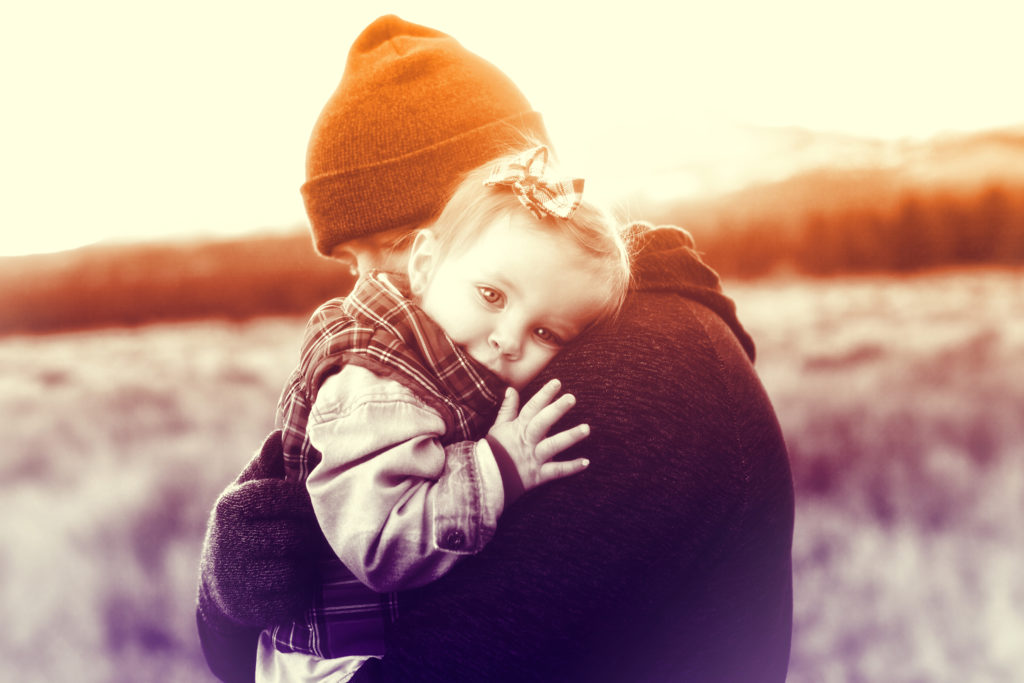 I remember well the excitement I felt when I discovered I was going to be a father for the very first time. I vividly recall the joy of calling friends and family with our happy news. The day after Tammy and I found out that we were expecting, I went to Walmart and bought a toy–a little Mickey Mouse that would light up.

As my children grow older, I find that responsibility to be becoming even more difficult. Wil was watching a kid’s cartoon last week that we had to turn off. It was a Justice League program he was watching on Netflix, and a couple women were talking about spending the night at a guy’s house. Tammy and I have been talking about different and new ways we can teach our children the truth.

I know that I’m not the only father here who has felt a great sense of responsibility in raising his children. Those of you present this morning would look at fatherhood vastly different from people in the world. Your presence this morning about the priorities you have for your life and your family.

If you have a sense of responsibility in raising your children, how do you become a godly father?

What made Jehoiada a godly leader “all his days”? Jehoiada understood an important lesson: “A godly man has great influence.”

The influence of Jehoiada can be seen at 2 Chronicles 24:2: “Joash did what was right in the sight of the LORD all the days of Jehoiada the priest.”

Joash had a great deal to overcome. Joash’s father was a wicked, wicked man: Ahaziah “walked in the way of the house of Ahab, and did evil in the sight of the LORD, like the house of Ahab, for he was the son-in-law of the house of Ahab” (2 Ki 8:27). Athaliah, Joash’s grandmother was a vile and wicked woman. She was the granddaughter of Omri, a wicked, wicked king: “Omri did evil in the eyes of the LORD, and did worse than all who were before him” (1 Ki 16:25). After her son, the king died, Athaliah usurped the crowd and tried to reign. To accomplish her coup, she killed “all the royal heirs of the house of Judah” (2 Chr 22:10); Joash lived only because his sister put him and his nurse in a bedroom (2 Chr 22:11). Seven years after her coup, Jehoiada rose up, crowned Joash as king and had Athaliah killed for her treason (2 Chr 23:1-15).

Joash’s history says a great deal about Jehoiada–the priest had a great deal to overcome in helping the king do what was right in the sight of the LORD.

What did Jehoiada do to have such great influence over Joash?

One: Jehoiada led a revival of the people.

“Jehoiada made a covenant between himself, the people, and the king, that they should be the LORD’s people” (2 Chron 23:16). Jehoiada did not wait for public opinion to turn in his favor. Jehoiada did not wait to be asked to lead a revival. The priest knew what the nation needed, and he stepped up to be a leader.

Jehoiada’s leadership reminds me of the commitment of others. Joshua: “As for me and my house, we will serve the LORD” (Josh 24:15). The people were free to follow whatever God they chose–The Lord has given us that freedom. But, Joshua would lead his family in doing the right thing. In the reign of Josiah, repairs were taking place at the temple. During those repairs, the workmen found the “Book of the Law.” From Josiah’s reforms, we believe that this book was Deuteronomy. It seems incredible to us, but these folks had been so negligent that they had apparently lost part of Scripture. When Josiah hears the Book of the Law, he knows changes need to be made, and he made a covenant before the Lord in the sight of all the people (2 Ki 23:3).

“Jehoash did what was right in the sight of the LORD all the days in which Jehoiada the priest instructed him” (2 Ki 12:2). Jehoiada understood that Joash needed instruction to do the right thing. Joash had a great deal of evil influences in his life; if Joash were going to do right, he needed teaching to do the right thing. Jehoiada understood that shaping Joash’s heart meant teaching him the truth of God.

Three: Jehoiada was open to instruction.

Strangely enough, Joash, the student, needs to instruct Jehoiada, the teacher: 2 Chronicles 24:6. The collection had been commanded back in Exodus 30:12-16. Jehoiada then followed the commandment of God. How many of us would have become angry that we were being corrected instead of doing the right thing?

Because Jehoiada was such a faithful servant, he was buried among the kings: 2 Chronicles 24:15-16. “He had done good in Israel, both toward God and His house.” Could anything better be written about anyone? May that be said of us after our deaths!

One: Determine the life you want for your children.

Jehoiada is not remembered kindly for just any reason. Instead, “Jehoiada made a covenant between himself, the people, and the king, that they should be the LORD’s people” (2 Chron 23:16). Based on Scripture, Jehoiada knew the type of people he needed the Israelites to become and he committed himself to leading them there.

Determine what your children need to do and lead them there.

Three: Be open to correction.

I love Jehoiada’s heart. When the young king points out that he is not following the command of God, he doesn’t get angry, he doesn’t retaliate, he obeys the truth of God. What a powerful example!

How will we respond? Let us determine to have Jehoiada’s heart and repent to do the will of God! Our children need to see truth winning in our heart!

I wish the episode of Joash and Jehoiada had a happier ending. While Jehoiada lived, Joash did what was right. But, with the death of Jehoiada, Joash became a wicked king. Joash even killed the prophet Zechariah, Jehoiada’s son, because he dared to prophesy against the king (2 Chr 24:20-22). The Lord punished Joash by having some of his own servants kill him (2 Ki 12:20).

What a sad ending to the story! A king who had such great potential squandered every bit of it. Are you squandering the life you have?