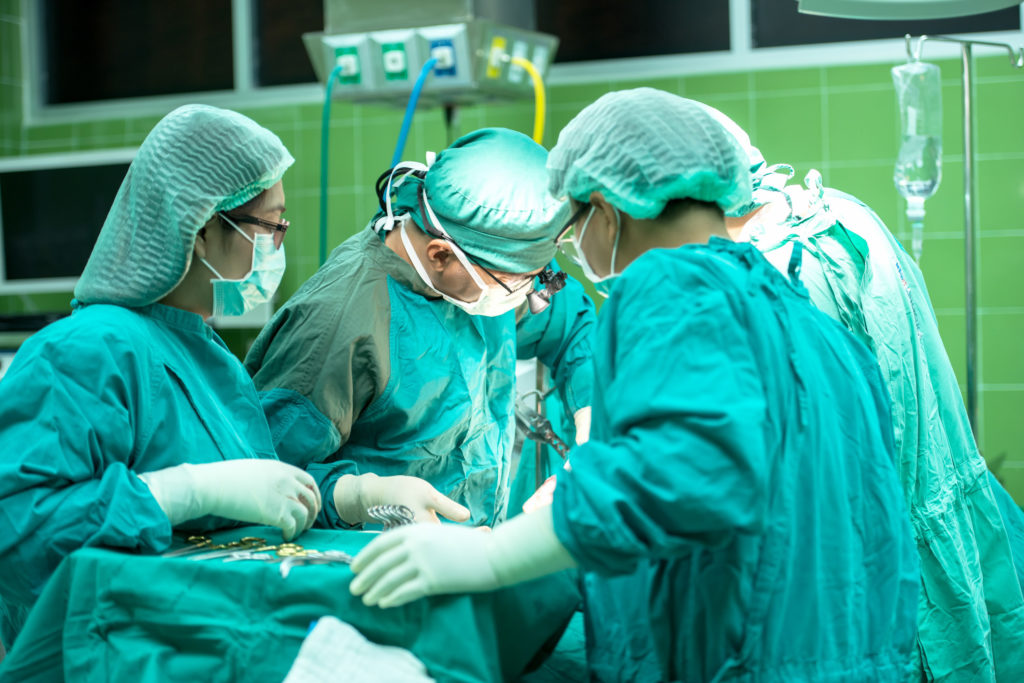 I try to be a loving person, but there are some things I absolutely hate. I hate the University of Louisville basketball team, and I’m certain that Satan roots for Duke.

I hate going to the doctor. I especially hate going to a new doctor. When I see a new doctor, I have a multi-page form to fill out. I have to list all my medications, and I think I burn more calories listing them than I ever do from swimming. I was referred to a specialist not long ago, and Carilion put me with a fellow. I canceled that appointment and asked my PCP to make another referral. I told my PCP that I did not doubt this doctor’s ability, but I want a doctor who will be there every time. It is just so tiring changing doctors. I often feel like the woman who touched the hem of Jesus’ garment: Spending her entire life savings to see physicians, but only growing worse, not better.

I seriously doubt that I’m the only one here ever to get frustrated with the medical profession. Have you ever taken so many drugs that you needed to add another drug or even a specialist because the first drug was causing horrible side effects? Have you ever had a doctor give you bad advice? Have you ever had a doctor almost kill you or nearly kill someone in your family? Many of you know that my dad nearly died at the hands of an incompetent surgeon. If Mom had brought him home like the doctor recommended, he would not still be in this world.

As you think about physicians, there is an interesting passage of Scripture. “In the thirty-ninth year of his reign Asa was diseased in his feet, and his disease became severe. Yet even in his disease he did not seek the LORD, but sought help from physicians” (2 Chron 16:12).

What? When RJ was opening a package with his knife and cut his finger open, I didn’t stop to pray. We took him to a walk-in clinic. When I woke up screaming in pain from c. diff; I’m not so sure I could’ve prayed then; the pain was so horrendous that I could barely think at all.

Let’s think about how we put trust in God, not physicians.

Physicians in the Bible

In the Hebrew Bible, the word “physician” occurs over 60 times.

Its first occurrence is Genesis 20:17: “Abraham prayed to God, and God healed Abimelech, and also healed his wife and female slaves so that they bore children.” The word “healed” is also the word for “physician.” We do the very same thing in English. We talk about “doctoring” some minor injury or something. Notice that the first time a healing of health is mentioned in holy writ God is the One doing the healing.

The first time the word “doctor” is applied to humans the patient is already dead. “Joseph commanded his servants the physicians to embalm his father. So the physicians embalmed Israel” (Gen 50:2). I am not a big believer in “coincidence.” I find it remarkable that: God does the first “doctoring” in Scripture; and Men do the first “doctoring” on a dead patient in Scripture.

Since both of those texts come from the same book, I’m not so sure that’s just a coincidence.

Reasons Not to Trust in Physicians

One: We cannot put our trust in physicians, for they will make mistakes.

I have serious trust issues with physicians. In the past, I felt like a guinea pig; they were happy to do testing, but they didn’t try to alleviate the suffering. I had a neurologist perform a painful muscle biopsy when it was unnecessary. I say it was unnecessary, not because it found nothing, but because her clinical notes said the issue was in the central nervous system. The neurological exams showed that my problem was in my central nervous system (brain or spinal column, not in my nerves, not in my muscles) — yet she was cutting muscle out while I was wide awake.

We all make mistakes. “We all stumble in many ways” (Js 3:2). Think about mistakes you have made in life. They may not be as catastrophic as a mistake made by a physician. Yet, if we look at all the mistakes we’ve made in life, we’ll see we may not want to blame doctors quite so much. When a doctor makes a mistake, he or she has not automatically acted with ill intent.

Two: We cannot put our trust in physicians, for illness is the curse of living in a fallen world.

Many want to blame God when suffering occurs. But, honestly, I believe the blame lies with Adam, not with God. “Just as sin came into the world through one man, and death through sin, and so death spread to all men because all sinned” (Rom 5:12).

No doctor can keep all illness away, for sickness is the curse of fallen man. The fact that the Son of God suffered and died ought to tell us we won’t be able to escape suffering. We should not expect our physicians to solve every problem.

Three: We cannot trust in physicians, for death is the lot of all men.

There is no doctor who can keep you from dying. “When David’s time to die drew near, he commanded Solomon his son, saying, ‘I am about to go the way of all the earth'” (1 Ki 2:1-2). Cultures have euphemisms for death: We’ll talk about “if something should happen,” “we lost him,” “she passed away.” Notice the euphemism David uses for his death: “The way of all the earth”—The only reason David could use that euphemism is because all people die. “Death spread to all men because all sinned” (Rom 5:12). “It is appointed for man to die once, and after that comes judgment” (Heb 9:27).

Should a physician save your life, he or she is just putting off the inevitable. Unless the Lord returns first, you will die. There is no physician, no matter how skilled, who can keep you from dying.

Why Should I Put My Trust in God?

One: He is my Creator.

“The LORD God formed the man of dust from the ground and breathed into his nostrils the breath of life, and the man became a living creature” (Gen 2:7). Who will know more about my body: The one who fixes it or the One who made it?

God can heal. Naaman learned of God’s healing ability when he dipped in the Jordan seven times. All the woman with the flow of blood had to do was to touch Jesus’ garment. Jesus did not even need to enter the centurion’s house in order to heal the centurion’s servant. “God was doing extraordinary miracles by the hands of Paul, so that even handkerchiefs or aprons that had touched his skin were carried away to the sick, and their diseases left them and the evil spirits came out of them” (Acts 19:11-12). Epaphroditus “was ill, near to death. But God had mercy on him, and not only on him but on me also, lest I should have sorrow upon sorrow” (Phil 2:27). God has demonstrated that power to heal since the beginning of time.

Three: God can heal the soul.

Death is not the worst thing that can happen! The worst thing that can happen is dying apart from Christ. “Do not fear those who kill the body but cannot kill the soul. Rather fear him who can destroy both soul and body in hell” (Matt 10:28). Those who die lost “will suffer the punishment of eternal destruction, away from the presence of the Lord and from the glory of his might” (2 Thess 1:9). Those who die lost will endure unending torment (Rev 14:11).

It is much better to die in Christ at an early age than to die outside of him at a ripe, old age.

Praying for the sick can cause God to heal. Hezekiah was told he would die and not live; he prayed and God granted 15 years to his life. Matthew 7:7-11.

Why do people die even after we have prayed for them?

Death is universal; no one is getting out of dying (unless Jesus comes first).

Jesus prayed that he might live instead of dying on the cross. The Son of God poured His heart out to God that He might not die on that old rugged cross. Jesus prayed: “Abba, Father, all things are possible for you. Remove this cup from me. Yet not what I will, but what you will” (Mk 14:36). Jesus understood that the Father is in control, and he prayed, “Not what I will, but what you will.” The Father refused Jesus’ request. If the Father would tell his own Son, “No!,” who do you think you are that he should always tell you, “Yes”?

How We Trust God Instead of Doctors

We’ve thought about the need to trust God over physicians, but how do we go about that?

You need to know:

“We have come to know and to believe the love that God has for us. God is love, and whoever abides in love abides in God, and God abides in him” (1 Jn 4:16).

Why do you need to remember that God loves you?

God will destroy all illnesses.

“He will wipe away every tear from their eyes, and death shall be no more, neither shall there be mourning, nor crying, nor pain anymore, for the former things have passed away” (Rev 21:4). There is coming a day when we will not suffer at all!

God will strengthen you.

In my struggles, 2 Corinthians has become a source of great strength. Paul had a horrible experience in Asia it was such a terrible experience that he and his companions despaired of life itself. However, Paul, while suffering more than he could bear learned the purpose of suffering. “That was to make us rely not on ourselves but on God who raises the dead” (2 Cor 1:9).

Because of the temptation to become boastful for seeing heaven, Paul received a thorn in the flesh. 2 Corinthians 12:7-10. Jesus’ strength would help Paul.

The Lord stands ready to help you, too.

God himself has suffered.

As Jesus was suspended between heaven and earth upon that old rugged cross, Jesus Christ, God in the flesh, suffered untold agony for you (1 Pet 2:21-24).

In the context of 1 Peter, you understand that Peter is speaking about persecution. Yet, keeping the text firmly in the context, notice a couple things: