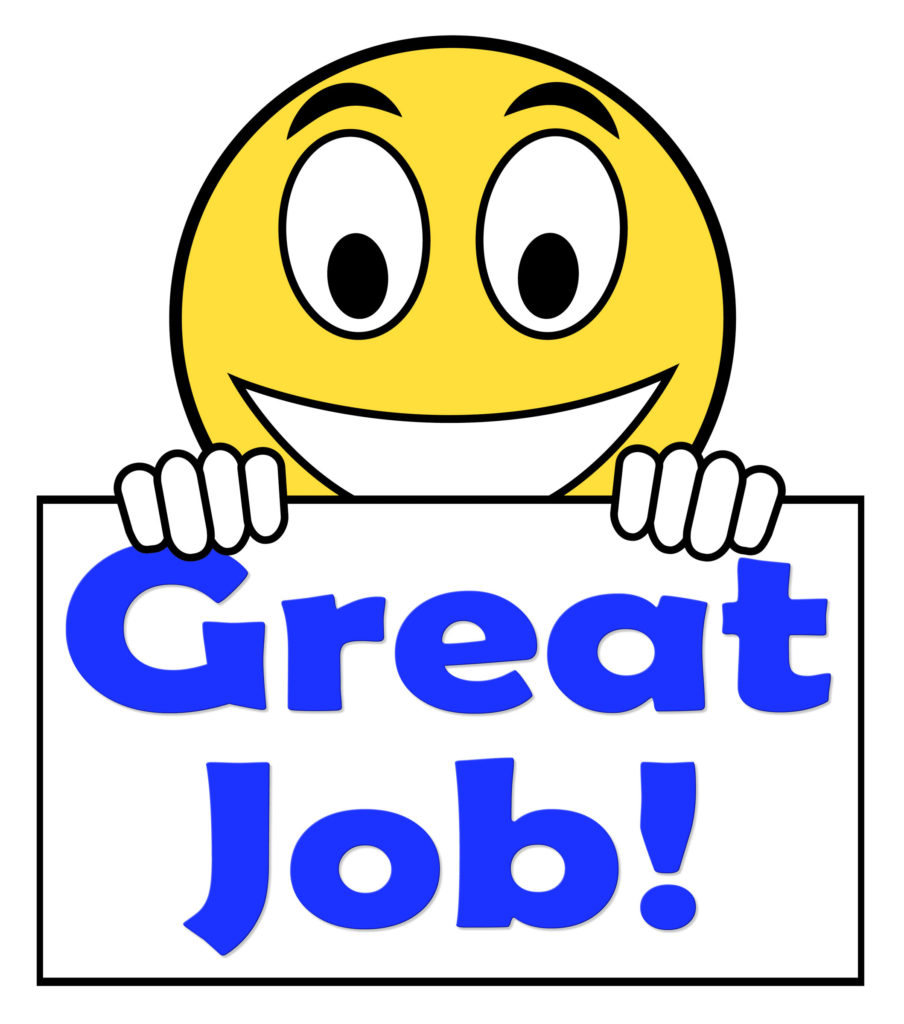 If you were to go and look at the Book of Judges, you could learn a great deal about leadership. “In those days there was no king in Israel; everyone did what was right in his own eyes” (Judg 21:25). Because there was no one to restrain the people, they did not honor God.

I’ve never experienced this firsthand, but I have friends who have lost jobs because one powerful family gets upset about something. There was no eldership, so a couple people could persuade the men to fire the preacher. “In those days there was no eldership; everyone did what was right in his own eyes.”

I don’t know what experiences some of you have had, but I’ve seen some of you roll your eyes when you think about conducting all the church’s business through men’s business meetings. Some of you may have needed spiritual guidance, but you were unable to receive it because there was no eldership.

As we think about appointing new elders here at Dale Ridge, it’s wise to go to Scripture and remind ourselves of biblical truth about the eldership. This morning we want to think about one verse of Scripture. As Paul begins a discussion of the qualifications for elders, he writes to Timothy at Ephesus and says, “This is a faithful saying: If a man desires the position of a bishop, he desires a good work” (1 Tim 3:1). Here’s what I want you to walk away from here with this morning: “Elders perform a beautiful work.”

We want to think about why the eldership is a beautiful work this morning.

Paul quotes a “faithful saying.” Paul often quoted from other writers in his epistles and in his speeches in Acts. It’s difficult for us to know where the faithful saying in 1 Timothy 3 first occurred. The term “bishop” or “overseer” was used of managers in the ancient world; it’s possible that this saying came from the secular world. It’s also highly possible that this was a saying in the early church. There were elders very early in the church’s history. Chronologically the first mention of elders in the church is Acts 11:30 where the church at Antioch sent famine relief to the elders in Jerusalem. At the end of the First Missionary Journey, Paul and Barnabas “appointed elders in every church” (Acts 14:23). Because elders meet such high standards, it’s very possible that this saying originated in the church.

“Faithful” refers to that which is true and right.

“If a man desires the position of a bishop. . . .” Someone mentioned to me not long ago there could be a real problem with a man desiring to become an elder. For some reason, the guy who wrote a doctoral dissertation on the eldership never stopped to think about that.

Paul, it seems, even mentions that issue to Timothy: An elder cannot be “a novice, lest being puffed up with pride he fall into the same condemnation as the devil” (1 Tim 3:6). I don’t know much about the origin of Satan; however, it certainly seems that pride led to his fall. That seems to be what Paul is here saying.

So, the question I’ve pondered for a while is: “Why would (should) a man desire to be an elder?”

One: He desires to serve like Jesus. Jesus came to this world to serve. “The Son of Man did not come to be served, but to serve, and to give His life a ransom for many” (Matt 20:28). The night He was betrayed, Jesus wrapped Himself in a towel and got down to wash the feet of the disciples. The eldership is a place of service: there are long hours, sleepless nights, and no pay.

Two: He loves the church. Before the Ephesian elders Paul says, “Take heed to yourselves and to all the flock, among which the Holy Spirit has made you overseers, to shepherd the church of God which He purchased with His own blood” (Acts 20:28). If a man loves the church for which the Son of God shed His very blood, he’ll desire to see the church do well.

Three: He loves truth. A purpose of the eldership is to defend truth from error: An elder must hold “fast the faithful word as he has been taught, that he may be able, by sound doctrine, both to exhort and convict those who contradict” (Tit 1:9). If a man loves truth and wants to see error kept away from a congregation, he may desire to be an elder.

Four: He loves people. “Obey those who rule over you, and be submissive, for they watch out for your souls” (Heb 13:17). If a man loves the souls of men, he may desire to be an elder.

However, there are some evil reasons some might desire the position of a bishop.

One: Some might want power. James and John sent their mama to Jesus, and she says, “Grant that these two sons of mine may sit, one on Your right hand and the other on the left, in Your kingdom” (Matt 20:21). I also think of Diotrephes who insisted on running the church to his satisfaction (3 Jn 9-10).

Two: Some might want, not just to have power, but to have disciples following them. Paul told the Ephesian elders, “From among yourselves men will rise up, speaking perverse things, to draw away the disciples after themselves” (Acts 20:30). These elders would not simply want power, but they would want people following them. There are few statements that frighten me more than: “This is what Brother So-and-So taught.” Scripture was given for “instruction in righteousness” to equip the saints (2 Tim 3:16-17).

Three: Some might seek financial gain. Elders oversee the church’s budget. The church at Antioch sent famine relief “to the elders by the hands of Barnabas and Saul” (Acts 11:30). This church here has sent money to several elderships for either disaster relief or evangelism. What happens if either our elders or the elders on the other end are greedy for money?

Elders can also receive compensation from the church they serve. 1 Timothy 5:17-18. I know of at least three congregations where one of the elders is on the payroll and he works for the church full time. Is it any wonder, then, that Paul says an elder cannot be “a lover of money” (1 Tim 3:3)?

The one who aspires to the office of a bishop “desires a good work.” The Greek term for “good” means beautiful or godly or excellent. How could defending the flock, guiding the people of God, and caring for the souls of men not be beautiful and godly and excellent?

Notice that Paul refers to this as a “work.” Anyone who has been an elder or has seen elders up close understands that functioning as an elder requires work. There are days that our elders work very hard, far into the night to serve this congregation.

“Elders perform a beautiful work.” The challenge in applying this text is that only a few men in a congregation can serve as an elder. You sisters are certainly excluded. Young people are certainly excluded; we are talking about “elders.” Some men, through no fault of their own, cannot serve as elders. However, the more I’ve read this text the more convinced I am that we can all learn some important lessons.

One: Aspire to be “elder material.”

While for one reason or other we cannot all serve as elders, we can all — male and female, young and old — aspire to be the type of people elders are required to be.

Look at the qualifications of elders: 1 Timothy 3:1-7; Titus 1:5-9. Forget the gender- and age-specific requirements for a moment. You cannot forget those requirements when appointing elders. However, we can all become the type of people elders are required to be. Take a careful look at the requirements of elders and look at your own life. What qualities do you need to be adding to your life?

We can encourage our current elders. Anyone performing a work God’s inspired Word calls “beautiful” deserves our respect, our encouragement, and our help. The author of Hebrews encourages his readers: “Let them do so [take care of your souls] with joy and not with grief, for that would be unprofitable for you” (Heb 13:17). How can you live so that you encourage the elders and that they have no need to spend time seeking the salvation of your soul?

In Scripture you find not only commands to raise our children to know the truth, but you find examples of people doing so. Joshua: “As for me and my house, we will serve the LORD” (Josh 24:15). Lois and Eunice: “I call to remembrance the genuine faith that is in you, which dwelt first in your grandmother Lois and your mother Eunice, and I am persuaded is in you also” (2 Tim 1:5). Lydia “and her household were baptized” (Acts 16:15). The Philippian jailer: “He and all his family were baptized” (Acts 16:33).

Some want to use the household conversions of Lydia and the Philippian jailer to support infant baptism. Therefore, we have spent a great deal of energy showing the whole context of Scripture makes that conclusion impossible. However, what if we looked at those conversions for what they truly are: Converts leading their families to the Lord?

What if those of us with children still at home began talking with our children, not only about future vocations, but about future leadership in the church?

There are young men in this congregation who cannot yet serve as elders, but what if we began to encourage them to become elders in the future? Paul talks about mature Christians teaching younger Christians. Paul told Timothy: “The things that you have heard from me among many witnesses, commit these to faithful men who will be able to teach others also” (2 Tim 2:2). Older women are to “admonish the young women” to grow in the faith (Tit 2:3-5).

Three: Understand the value of this work.

We’ve talked a good deal about respecting and honoring elders of late, and I don’t want to rehash that material here.

However, as we look at adding a new elder or two, let me encourage you to give names to the elders or me only of men qualified to be elders. Look at the qualifications set forth and only suggest men who meet those qualifications. I know of a congregation that had a deacon for a number of years who had no children. It’s a good congregation, and I don’t know how that happened. When a new preacher came many years ago, he had that corrected.

I know of another congregation that was appointing elders and deacons, and it was publicly mentioned that the elders would bring every person nominated in to meet with the elders and preacher. A new Christian nominated a woman to be a deacon. To the elders’ credit, they brought the nominated sister in to meet with them. They told her why she was there, and this poor sister about had a coronary and said, “I’m a woman. I can’t do that.” The elders said, “We know that, but we promised to bring in every person nominated.”

The qualifications listed in Scripture for elders are firm, are inspired, and are to be followed. All of God’s Word is to be followed. Jesus: “Not everyone who says to Me, ‘Lord, Lord,’ shall enter the kingdom of heaven, but he who does the will of My Father in heaven” (Matt 7:21). How well are you doing the will of our Father who is in heaven?

Do you need to recommit yourself to following that will?