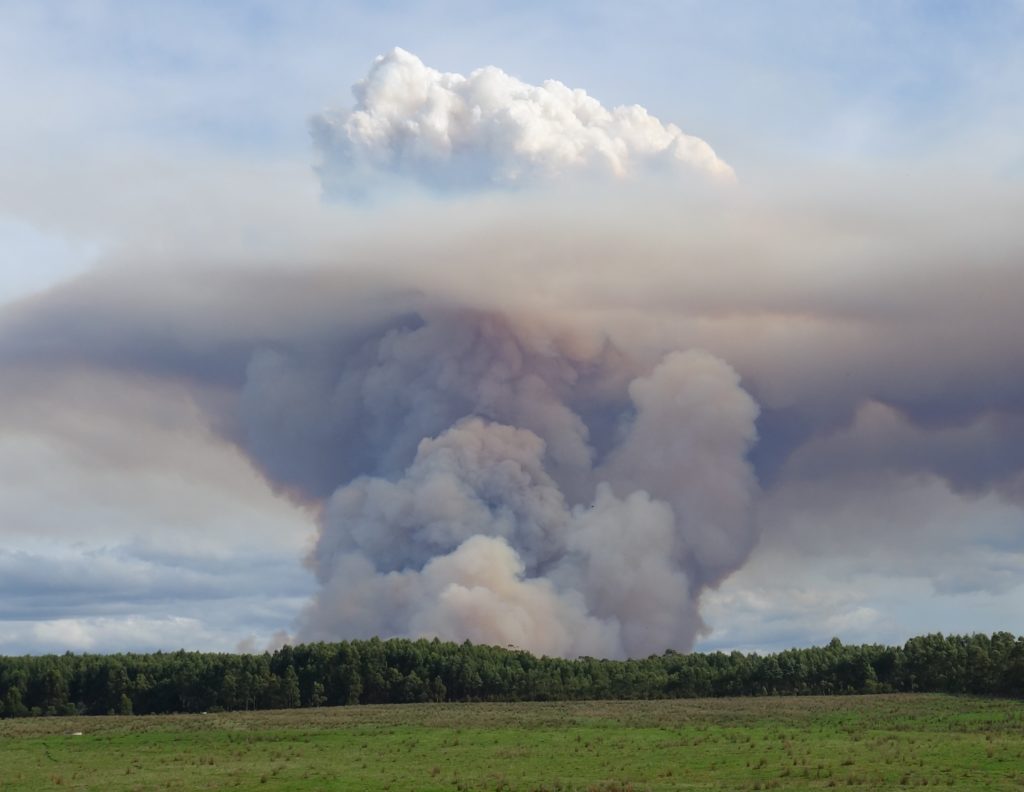 It was a wonderful snow day. Mom, my brothers, and I were sitting in our family room watching The Price is Right when Dan Rather breaks in and announces that the Challenger had exploded. The rest of the day we watched over and over as the Challenger left the pad and broke apart. For a kid who wanted to be an astronaut – who dreamed of being the first man to walk on Mars – that was a terrible shock.

The past many generations have had days where the world stopped and time stood still. I vividly remember my grandparents talking about Pearl Harbor. Papaw had joined the Army in January 1941 and some of his fellow soldiers ran up with the news. Mamaw was getting ready for church when she heard on the radio about the Japanese attack.

I remember my parents talking about being in school on November 22, 1963, when John F. Kennedy was gunned down in Dallas.

I had had some very minor surgery the first of September 2001. I had taken nearly a week off, and I had planned to return to work on September 11th. Tammy and I were watching the Today show. I was in the bathroom brushing my teeth when it came across that a plane had hit the World Trade Center. I came back in the living room to watch a little coverage before going on to work. Then, the second plane it and it was so clear that this was no accident. I remember calling Dad at his office and telling him to get home and turn on the TV – something wasn’t right. Needless to say, I didn’t work that day, but I – like most other people throughout the world – remained glued to the TV.

Destruction – death – can come without a moment’s notice. hat destruction can come as one seeks to escape the earth’s atmosphere or it can come early on Sunday morning as sailors begin their day or as a President rides to a luncheon in Texas or in an office building on a gorgeous fall morning.

Undoubtedly, you’ve seen destruction come without warning. You can surely name where you were when the Towers fell or when the Challenger exploded or President Kennedy was assassinated. Yet, it’s likely that you’ve seen sudden destruction that hit far closer to home. Maybe you’ve lost a friend or a loved one without any warning whatsoever. Maybe you came far closer than you ever wanted to being destroyed without warning.

This morning, we want to learn an important lesson: SUDDEN destruction is coming.

About the times and seasons of the Lord’s return, the Thessalonians needed to have nothing written to them. The Thessalonians do seem to have misunderstood much about the end of the world. They appear to have worried about loved ones who had already died. They seem to have thought that the Second Coming would occur very, very shortly. But, their loved ones began to die – they were afraid that maybe those loved ones would miss the Second Coming.

Because they believe the Second Coming is so near, Paul has to tell them in 2 Thessalonians to go back to work. Apparently, like so many today who follow preachers announcing the end of the world, many Thessalonians had sold their earthly possessions, had quit work and were simply waiting for the end. Paul has to tell them to go back to work and to earn their own living.

But, whatever misunderstandings these brethren had about the Second Coming, they knew that it was SUDDEN destruction. They had no need to have anything written to them. What a compliment!

The Thessalonians knew that the day of the Lord would so come as a thief in the night. The truth that the end will come suddenly is taught throughout the Scriptures. “Concerning that day and hour no one knows, not even the angels of heaven, nor the Son, but the Father only” (Matt 24:36). “The day of the Lord will come like a thief, and then the heavens will pass away with a roar, and the heavenly bodies will be burned up and dissolved, and the earth and the works that are done on it will be exposed” (2 Pet 3:10).

You know how a thief comes – suddenly, unexpectedly! I’ve never had much stolen except Tammy’s cd player out of car – if we had known when the thief was coming, we’d have locked the car.

Have you ever thought: “Why would Jesus come unexpectedly? Why not tell us precisely when the Lord will return?” Some ideas:

When people find themselves at ease, SUDDEN DESTRUCTION will come upon them. Think about the Titanic. It was said it could not sink, and it had every luxury available in the early 20th century. But, it hit an iceberg suddenly – not time for many to escape the doomed ship.

The application is suggested by 2 Peter 3:11: “Since all these things are thus to be dissolved, what sort of people ought you to be in lives of holiness and godliness!”

What sort of people ought we to be?

Where do you stand this morning?

Lead the congregation in prayer.