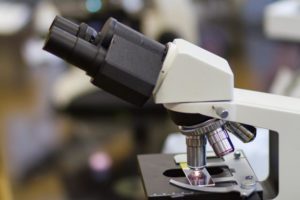 In 1991, the Duke University basketball team went up against the University of Nevada, Las Vegas, for the NCAA basketball championship. Las Vegas was predicted to win by at least 12 points. They were bigger, statistically better and faster. Virtually everyone thought Las Vegas was going to triumph, and some predicted that the game could be a blowout-after all, Las Vegas had crushed Duke the year before, winning the championship game by 30 points.

In the locker room before the game, Coach Mike Krzyzewski-known simply as Coach K-gave his Duke Blue Devils an important message. He compared their situation to that of the contest between David and Goliath. Duke was described as the little shepherd who was ready to go out on the hardwood and do battle with the mighty Las Vegas giant. Coach K reminded his team of who they were and where they had come from during the year. He told them that if they believed, anything could happen. Duke went out the underdog, the David of basketball, and defeated the giant Las Vegas Goliath. That year, Duke won its first NCAA basketball championship.

The episode of David and Goliath appears at first to be a “slam-dunk” for Goliath. King Saul says to David, “You are not able to go against this Philistine to fight with him, for you are but a youth, and he has been a man of war from his youth” (v 33). There is absolutely no way that David the shepherd can defeat Goliath the shepherd, standing strong with his helmet of bronze, a coat of mail, a javelin, a spear, a sword and a shield.

But, David knows something that King Saul and Goliath neither one knows-small with God will accomplish more than big without God. When Saul said to David that there was no way he could prevail against the giant from Gath, David says, “The LORD who delivered me from the paw of the lion and from the paw of the bear will deliver me from the hand of this Philistine” (v 37). As David went out to meet Goliath, he says to the giant, “You come to me with a sword and with a spear and with a javelin, but I come to you in the name of the LORD of hosts, the God of the armies of Israel, whom you have defied. This day the LORD will deliver you into my hand, and I will strike you down and cut off your head. And I will give the dead bodies of the host of the Philistines this day to the birds of the air and to the wild beasts of the earth, that all the earth may know that there is a God in Israel, and that all this assembly may know that the LORD saves not with sword and spear. For the battle is the LORD’s, and he will give you into our hand” (vv 45-47). David knows that with the LORD, he has no reason to fear Goliath. Of course, he doesn’t have any reason to fear. With only one stone and a slingshot, the LORD delivers Goliath into his hands.

The episode of David and Goliath reminds us that “with God all things are possible” (Matt 19:26). Tonight, we want to think about “THE POWER OF SMALL” from this narrative. Specifically, we wish to see how lone individuals and even small churches can do so much.

The Power of a Small Person

Throughout the pages of the Scriptures we see individuals who knew that “the battle is the LORD’s” (v 47).

Noah reminds us that one person’s righteousness can greatly impact many more. Because of Noah’s righteousness, he saved his family from the Flood through the ark. When God determined to destroy the world with water, we read, “Noah found favor in the eyes of the LORD. These are the generations of Noah. Noah was a righteous man, blameless in his generation. Noah walked with God” (Gen 6:8-9). “By faith Noah, being warned by God concerning events as yet unseen, in reverent fear constructed an ark for the saving of his household. By this he condemned the world and became an heir of the righteousness that comes by faith” (Heb 11:7). Of all those on the face of the earth at the time of the Flood, only “eight persons, were brought safely through water” (1 Pet 3:20). Why were eight persons brought safely through water? Precisely because one person was righteous.

Think of the souls who came to Jesus because of Andrew. Andrew was a disciple of John the Baptist. One day he and another disciple-likely the Apostle John-were with John when Jesus walked by. John said, “Behold, the Lamb of God!” (Jn 1:36). These two disciples spend the day with Jesus. We then read, “One of the two who heard John speak and followed Jesus was Andrew, Simon Peter’s brother. He first found his own brother Simon and said to him, ‘We have found the Messiah’ (which means Christ). He brought him to Jesus. Jesus looked at him and said, ‘So you are Simon the son of John? You shall be called Cephas’ (which means Peter)” (Jn 1:40-42).

We know so very little about Andrew beyond what we read in this passage-viz., that he was Peter’s brother and that he brought Peter to Jesus. But, think of all that God accomplished through Peter. It was he who made that famous affirmation of faith: “You are the Christ, the Son of the living God” (Matt 16:15). Therefore, it was he to whom Jesus gave the keys of the kingdom: “I will give you the keys of the kingdom of heaven, and whatever you bind on earth shall be bound in heaven, and whatever you loose on earth shall be loosed in heaven” (Matt 16:19). Peter used the “keys of the kingdom of heaven” when he preached at Pentecost and told his hearers how they could gain entrance into that kingdom. It was Peter who first preached to the Gentiles, again taking up the “keys of the kingdom of heaven” to allow the uncircumcised entrance in that kingdom. Peter wrote two books of the New Testament that we use to guide us through this dark world.

Think about what one of us can do. Maybe like Noah, because of our righteousness, we are able to give true life to many. How many of you are worshiping God tonight because you come from generations of faithful people? The history of my family’s association with the church is quite complex, but-On one side of the family, I’m the fourth generation to be a member of the church. Tammy has several distant cousins who are members of the church because of faithful individuals many generations ago. When Tammy and I lived in Kentucky, we had a couple about how age with whom we were very tight-he and I would go hunting, we’d eat at each other’s homes, etc. He was actually a quite distant cousin of Tammy’s through the line of faithful Christians. Chris and Amanda were both quite active in the church.

We have a great opportunity to pass the truth on to generations as yet unborn. We are expected to “pass the torch” of truth from one generation to the next: “What you have heard from me in the presence of many witnesses entrust to faithful men who will be able to teach others also” (2 Tim 2:2). The power of example can mold ungodly lives into godly lives: “Even if some [husbands] do not obey the word, they may be won without a word by the conduct of their wives, when they see your respectful and pure conduct” (1 Pet 3:1-2). Will we, like Noah, leave a legacy because of our righteous conduct?

The Power of a Small Church

Throughout the annals of history, we see small congregations who knew that “the battle is the LORD’s” (v 47).

The church at Philadelphia is a wonderful example. Jesus says to them, “I know your works. Behold, I have set before you an open door, which no one is able to shut. I know that you have but little power, and yet you have kept my word and have not denied my name” (Rev 3:8). Jesus says that the church at Philadelphia had “but little power.” In context, “little power” seems to refer to the congregation’s powerlessness against various persecutions.

Yet, even with “little power,” the church at Philadelphia had kept Jesus’ word and had not denied his name. That is an amazing statement in light of the persecutions they endured. Notice what this church had been through: Jesus says, “I will make those of the synagogue of Satan who say that they are Jews and are not, but lie-behold, I will make them come and bow down before your feet and they will know that I have loved you” (v 9). In the earliest days of Christianity, persecution generally came from the Jews. These Christians undoubtedly had been Jews who converted to Christianity and had been cast out of the synagogue-hence, the reference to “the synagogue of Satan.” Apparently, these Christians had been compelled by their persecutors to deny the name of Christ. Yet, Jesus says that they neither denied his word or his name. Although the church at Philadelphia was small, they stood up for the Lord Jesus when they needed to stand up. Therefore, they stand as a testimony to what even churches with “but little power” can do in the cause of Christ.

The church at Philippi is a wonderful example of what small churches working together can accomplish. The Philippian church contributed to Paul’s efforts time and time again. “I thank my God in all remembrance of you . . . because of your partnership in the gospel from the first day until now” (Phil 1:3, 5). “You Philippians yourselves know that in the beginning of the gospel, when I left Macedonia, no church entered into partnership with me in giving and receiving, except you only. Even in Thessalonica you sent me help for my needs once and again” (Phil 4:15-16).

How large was the church at Philippi? I have no way of knowing how large they were when Paul wrote to them, but I do know that the congregation began with only two households. The first convert in Philippi was Lydia and her household (Acts 16:11-15). Before Paul and Silas left Philippi, they were imprisoned, providing an opportunity for the conversion of the jailer and his household (Acts 16:25-34). The day after the jailer’s conversion, Paul and Silas were released from prison and they left Philippi (Acts 16:40).

The church began in Philippi about AD 49; the Philippian Epistle was written about AD 62. Thus, in about 13 years, the congregation at Philippi had grown from two households to include people such as Epaphroditus (Phil 2:25), Euodia and Syntyche (Phil 4:5). In 13 years, the church had grown from two households to being a major contributor to Paul’s mission efforts.

While this congregation is not large, we have accomplished much. Like the Philippian church, we are active in supporting mission work. We are the sole provider for the work that Federico Barrios does in Panama. We contribute generously to the In Search of the Lord’s Way TV program. Gene Goode is always amazed at the amount we supply for the work carried on at Potters Children’s Home. This church has a history since its inception of supporting the solid preaching of the Gospel. This church has a long history of caring for the needy among us and in this community.

Even though we are small in number—we are by no means the largest “church” in this area—we can accomplish great things for the Lord. Shall we do so? Shall we understand, whether individually or congregationally, that “the battle is the LORD’s” (v 47)?