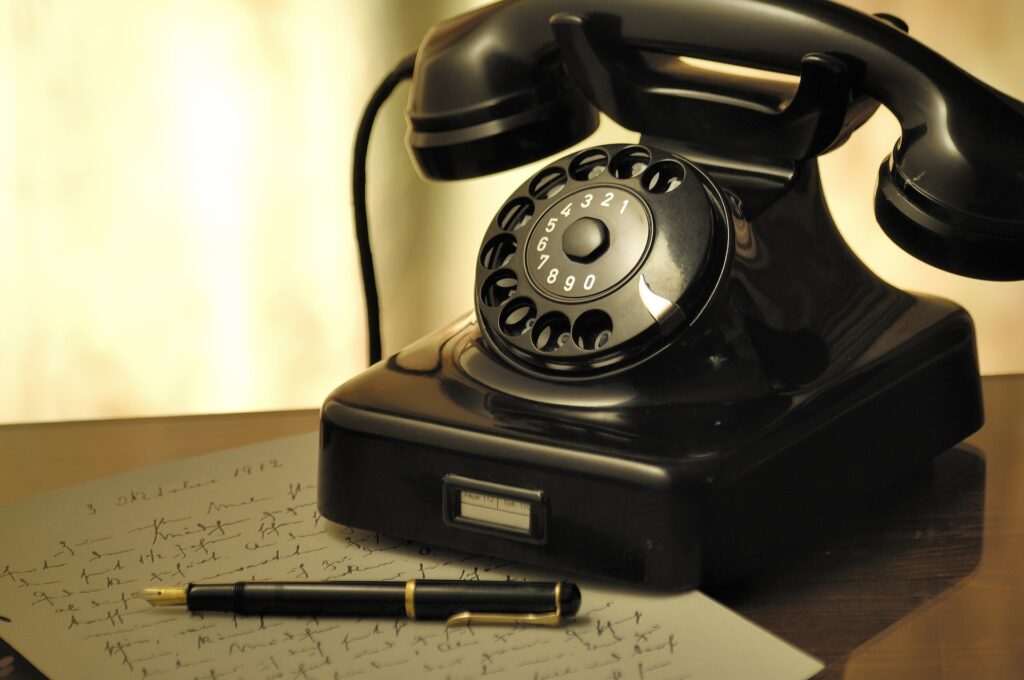 Uncle Dick noticed that every time he ate his favorite food-chitlins-his foot pained him immensely that evening. The family physician confirmed his suspicion of pork-induced gout. When Uncle Dick returned from the doctor’s office, his wife asked him how the appointment had gone. Uncle Dick plopped his shoes off and replied, “The doctor said I’m going to have gout about 3 times a week.”

Some people only hear what they want to hear. How many of you wives would say that your husbands have selective hearing-that we only pay attention to you when we want to? It is also true that when it comes to the things of God, some people only hear what they want to hear. Paul told Timothy to preach the Word, for “the time is coming when people will not endure sound teaching, but having itching ears they will accumulate for themselves teachers to suit their own passions, and will turn away from listening to the truth and wander off into myths” (2 Tim 4:3-4). When I was in college, a couple of my fellow classmates were studying with a lady who was the daughter of a denominational preacher. In the study, my classmates were emphasizing the importance of baptism and went to 1 Peter 3:21 to make their point: “Baptism, which corresponds to this, now saves you, not as a removal of dirt from the body but as an appeal to God for a good conscience, through the resurrection of Jesus Christ.” However, the lady’s father had always read that passage with a “not” instead of a “now.” Every time the lady read from 1 Peter 3, she would read “not” instead of “now.”

Martin Luther translated the Bible into German. Here is a part of his preface to the Book of James: “Therefore I will not have him in my Bible to be numbered among the true chief books.” Luther’s doctrine was “faith only” and because James contradicted that, he had selective hearing and refused to hear those words of God.

Tonight’s passage is about hearing God. Throughout this passage, God is calling Samuel to service. This was in an era when God spoke directly to individuals, something he no longer does. “Long ago, at many times and in many ways, God spoke to our fathers by the prophets, but in these last days he has spoken to us by his Son, whom he appointed the heir of all things, through whom also he created the world” (Heb 1:1-2). Samuel-as a prophet of God (1 Sam 3:20)-receives a direct word from God.

God continues to call people. “I therefore, a prisoner for the Lord, urge you to walk in a manner worthy of the calling to which you have been called” (Eph 4:1). God “saved us and called us to a holy calling, not because of our works but because of his own purpose and grace” (2 Tim 1:9). Like the call of Samuel, the call of God continues to be in verbal-i.e., word form. “To this he called you through our gospel, so that you may obtain the glory of our Lord Jesus Christ” (2 Thess 2:14). God called Samuel through audible words; the Lord calls us through his written word.

Tonight, we want to think about “THE CALL OF GOD” to learn about hearing the Word of God.

The Call of God is Often Misunderstood, vv 4-9

The Lord called Samuel three times. Instead of answering the Lord, however, Samuel runs into Eli’s bedroom to see what Eli needs. Samuel mistook the call of God for a word from Eli.

I can’t help but wonder if part of the reason Samuel misunderstood this voice from the Lord is the influence of Eli. Notice part of the message that was given to Eli: “I declare to [Eli] that I am about to punish his house forever, for the iniquity that he knew, because his sons were blaspheming God, and he did not restrain them. Therefore I swear to the house of Eli that the iniquity of Eli’s house shall not be atoned for by sacrifice or offering forever” (vv 13-14). It is obvious that Eli failed miserably with his two sons-Hophni and Phineas. I doubt seriously that Samuel received much better instruction.

We know that in today’s world so many misunderstand the call of God. A fellow came walking into a country church one Sunday morning a-hollering that he was going to quit farming and preach the gospel. He was a country boy without much sense, and everyone was wondering how he got the call to preach. He stood before the congregation and said, “I was out a-plowin’ the other day, and all of a sudden there came a bolt of lightning, and the loudest thunder you ever heard. It knocked me down onto my knees, and I prayed for a sign. Pretty soon I seen a big smoke in the heavens, in the shape of the letter P. I just kept on a-prayin’, and then I seen the letter C. Them letters PC can’t mean nothing only Preach Christ, so that’s what I aim to do!”

Some of the folks kinda grinned when they heard that, but everybody waited to see what the regular preacher thought about it. The preacher says right off that he didn’t doubt the young man’s word, but a call to preach is a serious matter, and it’s best not to do anything hasty. “I’ll have to take it to the Lord in prayer,” he says. Thus, the church prays a while, and then the preacher says, “Brother, the feeling of this congregation is that you ain’t been called to preach, because you have mistook the meaning of the sign. The letters PC mean Plow Corn, and I believe that’s what you better do.”

I purposefully chose an illustration with denominational overtones, for that is the way that so many think of the call of God. We have already made clear tonight-I pray-that God no longer calls people in such a manner. Yet, many are fully persuaded that he does.

Why are these good people confused about the call of God? Is it not because they misunderstand the true modern call of God, the Scriptures? The Scripture are not always easily understood. “Count the patience of our Lord as salvation, just as our beloved brother Paul also wrote to you according to the wisdom given him, as he does in all his letters when he speaks in them of these matters. There are some things in them that are hard to understand, which the ignorant and unstable twist to their own destruction” (2 Pet 3:15-16). When Philip encountered the Ethiopian eunuch reading from Isaiah, Philip asked if the eunuch understood what he was reading. The eunuch said, “How can I?” (Acts 8:31).

Because the Call of God is Often Misunderstood, Guidance is Often Needed to Understand God’s Call

“Eli perceived that the LORD was calling the young man. Therefore Eli said to Samuel, ‘Go, lie down, and if he calls you, you shall say, “Speak, LORD, for your servant hears.”‘ So Samuel went and lay down in his place” (vv 8-9). Samuel was great confused by the call that God was giving him-Each time the Lord called, Samuel was convinced that Eli was calling for him. Eli-when he perceives what is truly taking place-tells Samuel how to respond to the call of God.

There are so many who need help understanding God’s call. When the Ethiopian eunuch responded to Philip’s question, he said, “How can I, unless someone guides me?” (Acts 8:31). The eunuch then asked Philip to get up in the chariot with him. When the people recommitted to the Law, Nehemiah lists several names who “helped the people to understand the Law, while the people remained in their places. They read from the book, from the Law of God, clearly, and they gave the sense, so that the people understood the reading” (Neh 8:7-8).

There are two points we need to understand about this guidance:

The Lord did not give Samuel an easy word to swallow. The word was that God was going to fulfill every word he had spoken against Eli and that judgment upon Eli’s house could not be atoned for. The word from God is so difficult that Samuel had difficulty sleeping-the text says that he “lay until morning.” We know the reason Samuel had difficulty sleeping: he “was afraid to tell the vision to Eli.”

Put yourself in Samuel’s shoes for a minute. Here is the one who has raised you, fed you, taught you, etc. God comes and says, “I’m about to kill him and his sons because they have sinned against me.” How many of us would really be itching to go and proclaim such a message?

When it comes to the words of Scripture-God’s modern call-those words are often difficult to hear. When the Jews heard the preaching of Peter at Pentecost, “they were cut to the heart” (Acts 2:37). “The word of God is living and active, sharper than any two-edged sword, piercing to the division of soul and spirit, of joints and of marrow, and discerning the thoughts and intentions of the heart” (Heb 4:12). Is there a one of us who does not know the power of Scripture to cut right to the heart? Have we not all been called by Scripture to live a different life? Haven’t we all been called by Scripture to leave our comfort zones and to minister in new ways? Mark Twain supposedly said, “It’s not the parts of the Bible I don’t understand that bother me; it’s the parts I do understand.” How hard is it to do to others as we wish they would do to us? How difficult is it to forgive the trespasses of others?

However, the difficulty of the call does not invalidate the call. In other words, just because Scripture contains words difficult to practice does not mean we don’t need to practice those words. Samuel, although he was afraid to tell Eli the vision, told him anyway. Even though God doesn’t specifically tell Samuel to inform Eli of this vision, it’s obvious that was intended: Notice that God says: “I declare to him that I am about to punish his house forever, for the iniquity that he know, because his sons were blaspheming God, and he did not restrain them” (v 13). That difficult word God spoke came to pass: 1 Samuel 4:17-18.