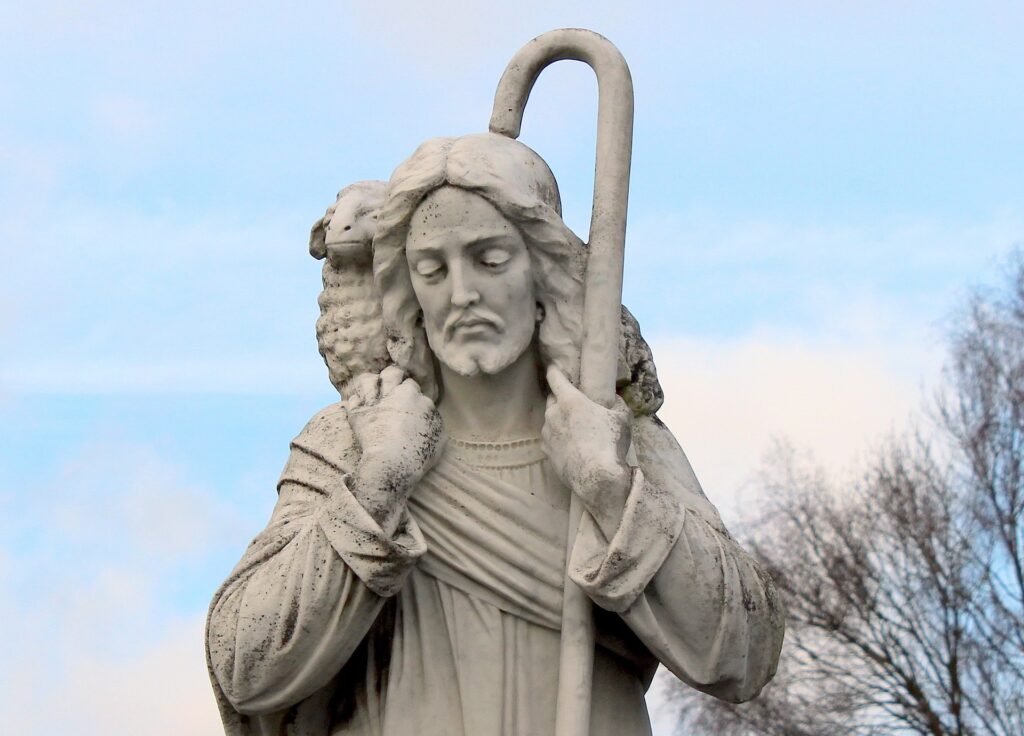 A salesman selling vacuum cleaners knocked on the door of a remote farmhouse. When the lady of the house opened the door, he walked in and dumped a bag of dirt on the floor. “Now,” boasted the salesman, “I want to make a bargain with you. If this super-duper, new vacuum cleaner doesn’t pick up every bit of this dirt, I’ll eat what’s left.” “Here’s a spoon,” said the farmer’s wife, “We don’t have any electricity.”

But, before we get into this sermon, let’s refresh our memory about this narrative. When the Philistines and Israelites were in battle, Goliath of Gath came out to meet the Israelites. Goliath is referred to as a “champion” of the Philistines; this was a battle-tested warrior who was often victorious in combat. Goliath was an imposing figure. He stood, according to the text, six cubits and a span high; that’s 9.5 feet. His armor, of which he had much, weighed over 125 pounds.

Goliath came forth and encouraged the Israelites to send a warrior to do battle with him, but Saul and all Israel “were dismayed and greatly afraid” (v 11). Remember, that Goliath was advocating single combat, where he and another soldier would do battle to decide which side won the battle. Such was quite common in that era. The Iliad, for example, records battles between Hector and Achilles in a similar light.

David was taking care of his sheep when Jesse, his father, told him to take supplies to his three brothers who were on the front lines. David hears Goliath and offers to fight him. All the Israelite soldiers sneer at David, but David is relentless in his confidence. King Saul hears of David’s confidence, and has David brought before him. Our narrative begins with David before Saul.

A Shepherds Confidence and a King’s Trepidation, vv 32-40

David offers to go and fight Goliath, but Saul said, “You are not able to go against this Philistine to fight with him; for you are a youth, and he a man of war from his youth.” Goliath had been fighting since he was a youth, and Saul told David that he could not compete against such experience. Because David is young and inexperienced, he is discounted by Saul. Saul is about to learn that even though David is young and inexperienced, he can do great things for the king. Age and experience are wonderful teachers – the older we get and the more experience we have, the more capable we are. But, we dare not make the mistake that only older and experienced people can serve the Lord. When Jeremiah said that he couldn’t be a prophet because he was young, the Lord said, “Do not say, ‘I am a youth,’ For you shall go to all to whom I send you, And whatever I command you, you shall speak” (Jer 1:7). “Let no one despise your youth, but be an example to the believers in word, in conduct, in love, in spirit, in faith, in purity” (1 Tim 4:12). Let us encourage the youth in this congregation to do great things for the cause of Christ and let us never discourage them!

David told Saul that the Lord had rescued him from lions and bears when he was tending the flock and that God would deliver him from the hand of the Philistine. Saul thought that David had absolutely no experience and was, therefore, unqualified from taking on Goliath. But, David did have experience: he had had the experience of witnessing God’s protection and he knew that he could trust God still.

Has God not been faithful in your life, too? Perhaps God was faithful when you faced some struggle–Perhaps God helped you through a life-threatening illness, the death of a loved one, marital upheaval. Perhaps God was faithful as you struggled with sin–Perhaps God gave you the grace to go on and to forgive. Having witnessed God’s faithfulness in our lives–just as David did–increases our trust and helps us realize that God is going to be just as faithful tomorrow as he was yesterday.

Notice from verse 36 what angered David so much: “This uncircumcised Philistine will be like one of them [the lion and bear], seeing he has defied the armies of the living God.” Goliath had spoken against God, and David wanted to show the Philistines that the God of the Israelites was the true God and that He deserved respect.

Saul then put his armor on David, but because David was not used to such heavy armor he could not use it. Notice that Saul put his own armor on David. This tells us a couple things:

I think the author of Samuel purposefully juxtaposes the confidence of David and the trepidation of Saul. When Goliath came out on the battlefield, Saul and all Israel “were dismayed and greatly afraid” (v 11). The king of the people of God had no faith in God, but the little shepherd boy who is about to become the king has great faith in God. Will we be more like David or Saul? Will we doubt what God has said, or will we trust in what God has said?

A Shepherd’s Confidence and a Gentile’s Taunts, vv 41-47

Do notice how Goliath is commonly referred throughout this chapter. He is called “the Philistine” far more than he is actually called Goliath. It’s probably a way of showing the writer’s disdain for him. It’s probably something like saying “That scoundrel”–his name isn’t even worthy of mention.

Goliath taunts David by his gods. Taunting was quite common in this type of ancient warfare; it was a way of intimidating the opponent. These taunts were supposedly effective, for they were endorsed by the person’s deities.

David said to Goliath, “You come to me with a sword, with a spear, and with a javelin. But I come to you in the name of the LORD of hosts, the God of the armies of Israel, whom you have defied.” Just as the author juxtaposed David’s confidence with Saul’s fear, he here juxtaposes Goliath’s weapon with David’s God. Goliath had come forth to battle with a host of weapons which would do him no good when he fought against God. David doesn’t have all the weaponry Goliath does, yet he has God on his side. David came to Goliath in the name of the LORD of hosts whom Goliath had defied–Goliath had cursed the name of God, but now God is going to strike Goliath down.

David would defeat Goliath so that the entire world would know there was a God in Israel and that the armies assembled might know that “the LORD does not save with sword and spear.” We see here a part of David’s motivation in going after Goliath. Saul had made great promises to the man who killed Goliath: Saul would make him rich, would give him his daughter, and would make his father’s house free (v 25). But, Saul’s promises do not seem to have played much a role in David’s decision. In the first place, he wanted to rid the earth of one who would defy God the way Goliath had done. In the second place, as verses 46-47 attest, David wanted God to be vindicated: he wanted to do what he could to bring honor and glory to God. He wanted everyone to know who the true God was.

A Shepherd’s Confidence and An Army’s Terror, vv 48-54

David and Goliath meet on the battlefield. David hits Goliath in the forehead with a stone from his slingshot, and Goliath fell on his face to the ground. Slingshots were used in warfare in this time period, but they were not all that terribly effective. In order to overcome someone, arrayed in much battle armor, with a slingshot, you had to be a pretty good shot or lucky and more than likely, both. I think that may be partly the point here: you generally could not knock someone unconscious with a slingshot when he was wearing a good helmet. God is involved in this victory. God takes any luck out of the way and He renders that helmet useless. David did not conquer Goliath; God conquered Goliath.

David goes and cuts off Goliath’s head with his own sword, and the Philistines flee. In all honesty, the stone to the forehead probably did not kill Goliath; that shot just knocked him out. Notice verse 51 quite carefully: “David ran and stood over the Philistine, took his sword and drew it out of its sheath and killed him.” The Philistines realize that their prize fighter is dead, and they were seized with fear and fled.