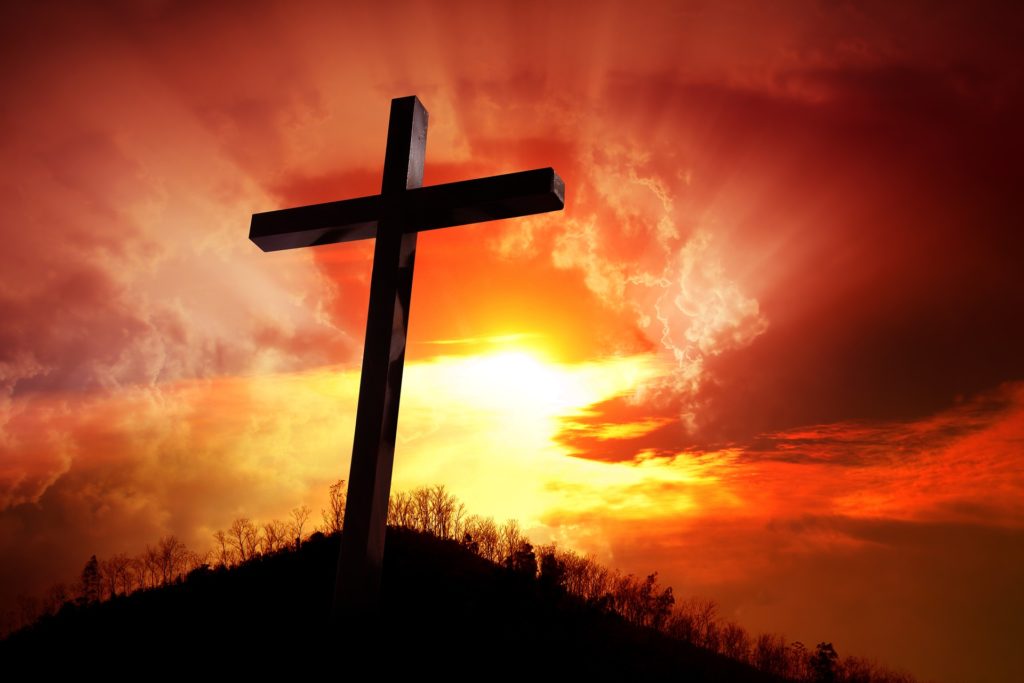 A newspaper account told of a small-town emergency squad which was summoned to a house where smoke was pouring from an upstairs window. The crew broke in and found a man in a smoldering bed After the man was rescued and the mattress doused, the obvious question was asked: “How did this happen?” “I don’t know,” replied the man. “It was on fire when I lay down on it.”

So many times in life, it seems as though the bed’s on fire when we lay down on it—Sometimes trouble comes from almost every side.

For the Christians to whom Peter wrote, the bed was on fire when they lay down on it. Although we don’t know much detail, we do know that these Christians were facing severe persecution. “In this you greatly rejoice, though now for a little while you may have had to suffer grief in all kinds of trials” (1 Pet 1:6). “It is commendable if a man bears up under the pain of unjust suffering because he is conscious of God. But how is it to your credit if you receive a beating for doing wrong and endure it? But if you suffer for doing good and you endure it, this is commendable before God” (1 Pet 2:19-20). “Dear friends, do not be surprised at the painful trial you are suffering, as though something strange were happening to you. But rejoice that you participate in the sufferings of Christ, so that you may be overjoyed when his glory is revealed” (1 Pet 4:12-13).

In the text we’re studying this morning, Peter discusses the suffering his readers were facing. He admonishes them to keep “a clear conscience, so that those who speak maliciously against your good behavior in Christ may be ashamed of their slander. It is better, if it is God’s will, to suffer for doing good rather than for doing evil” (1 Pet 3:16-17).

As the apostle does in the previous chapter, he holds up Christ as a model. In holding up Christ as an example of suffering, Peter shows the benefits of Jesus’ suffering.

In a very real sense, Jesus’ death was a senseless act. He was denied justice—false witnesses were brought forth. Yet, God had a plan in Jesus’ death—through Jesus’ death, God removed our sins. “I will give him a portion among the great, and he will divide the spoils with the strong, because he poured out his life unto death, and was numbered with the transgressors. For he bore the sin of many and made intercession for the transgressors” (Is 53:12). “He himself bore our sins in his body on the tree, so that we might die to sins and live for righteousness; by his wounds you have been healed” (1 Pet 2:24).

Jesus died for sins once for all.

Jewish sacrifices had to be offered day after day, week after week, year after year—Not so Jesus’ sacrifice—his was a one-time event to cleanse those who accept him. This speaks of the power of Christ. His blood wasn’t so powerful that it could cleanse us of a year’s worth of guilt and then need to die all over again. His blood is so powerful that with that one death at Calvary, he can cleanse us of all our sin and guilt.

Jesus was perfectly righteous; he committed no sin, a point Peter had previously made: “He committed no sin, and no deceit was found in his mouth” (1 Pet 2:22). We are anything but righteous. All of us have committed sin, and we continue to sin. “All have sinned and fall short of the glory of God” (Rom 3:23). Notice carefully what Paul says in that passage: “all have sinned—we have sinned in the past, and “fall short of the glory of God”—we fall short of God’s glory in the present. Of course, the righteous had to die for the unrighteous, for there is no possible way that we could save ourselves.

Jesus died to bring us to God.

A wide gulf separated us from God. We were powerless to bridge that gulf, no way we could do so.

Jesus stepped forward to bridge that gulf for us. We are able to go to the Father through Jesus. “God was pleased to have all his fulness dwell in him, and through him to reconcile to himself all things, whether things on earth or things in heaven, by making peace through his blood, shed on the cross” (Col 1:19-20). Jesus reconciled man to God; he bridged the gulf. If we want to come to God, we must do so through Christ: “I am the way and the truth and the life. No one comes to the Father except through me” (Jn 14:6).

Cardona Pineda of Columbia was a twenty-two-year-old man who had been without a job for weeks. In order to support his family, he had been donating blood. Eventually, he became so ill he had to go to the hospital. They said he had pernicious anemia, but he could not afford treatment or medicine. He went home and went to bed and never got up again.

Jesus was made alive by the Spirit.

Although he died for man, he did not remain dead, but he was raised never to die again. Jesus’ resurrection forms part of the gospel’s core. Acts 17:2-3. 1 Corinthians 15:3-5. What a wonderful truth! The story does not end at the cross with Jesus’ death, but the story includes Jesus’ walking from that grave to give eternal life to his followers.

Through the Spirit, Jesus also went and preached to the spirits in prison who disobeyed long ago in the days of Noah.

The text says, in my understanding, that while Jesus was in Hades, that unseen world of the dead, he preached to the lost. But wasn’t it too late for those souls to be saved? Absolutely. What then could Jesus have possibly preached? I think Jesus preached the same thing Abraham preached to the rich man—“Between us and you a great chasm has been fixed, so that those who want to go from here to you cannot, nor can anyone cross over from there to us” (Lk 16:26). Jesus’ message would have been even more powerful than Abraham’s: “I have overcome sin. I am about to overcome death. There is no hope for you, for you were disobedient.”

When we see Christ, what words will we hear from him? Will he tell us, like he did those who were disobedient in the days of Noah, “There is no hope for you. I have overcome sin and death, but you chose to be disobedient?” Will he tell us, “Well done, good and faithful servant, enter the joy of your Lord?”

What will he say to you?

God was patient during the building of the ark.

If you compare Genesis 5:32 with 7:6, you find that Noah spent around 100 years building the ark. Talk about patience! How many of us are patient for 10 minutes, let alone 100 years? How many of us really tend to be impatient people? How patient are we with our children when they need to do their homework, but they want to do everything else under the sun? How patient are we in the supermarket when there are two check-out lanes open and a dozen people in each lane?

However, God waited 100 years for the disobedient people in Noah’s day to repent. Doesn’t that tell us something about how much God desires to save?

Noah, his wife, his sons, and his daughters-in-law wee saved in the ark through water.

The water of the flood served as something of a demarcation line. That water saved Noah and his family through the buoyancy of the ark. But that water destroyed the disobedient. God sent judgment upon the world, but the obedient found safety in the face of that judgment.

In a very real sense, the Second Coming of Jesus will be like the Flood—safety for some and damnation for others. Those in Christ can look forward to his coming as a victory of good over evil, as a leaving of this world of sickness and sin and entering a world of peace and holiness. Those outside of Christ will witness that same coming but with vastly different results—Jesus will come to judge them.

The flood’s waters symbolize baptism which now saves us.

Baptism is not about removing dirt from the body, but it is the pledge of a good conscience toward God. The King James Version says “an answer of a good conscience,” but pledge and answer are really synonymous here. When Gentiles converted to Judaism, they had to undergo a baptism. At that baptism they were asked if they would follow God with their whole heart, and they were required to answer, to pledge to do so.

That idea seems to be present here. When we are baptized into Christ, we are pledging, answering that we will follow God with our whole hearts. This comes from a good conscience—The idea is that the saving effect of baptism is not outward, it’s not the water, but it’s the promise to follow God for the rest of our lives.

Baptism saves by the resurrection of Jesus Christ. Here’s yet another indication that it’s not the water doing the saving. Without Jesus’ resurrection, baptism has absolutely no power. “If Christ ahs not been raised, your faith is futile; you are still in your sins” (1 Cor 15:17). Redemption’s work was not completed at Calvary, but Jesus had to walk from that grave near Jerusalem to complete his work. Thank God that we have a Savior who not only died for our sins but was raised for our life!

Angels, authorities, and powers are in submission to Christ. I tend to think that the authorities and powers mentioned here are evil powers—demonic forces that are at work in this world.

That would have been important for the first Christians reading 1 Peter to understand. They were facing great trials, but Peter says, “Be patient. Jesus has overcome the demonic forces behind your persecution, and good is going to win over evil.”

What a message of encouragement for us, too! We suffer greatly in this world. But Jesus has overcome! He is victorious! He has already won the victory and all we need to do is to be on his side!

Angels, authorities, and powers are in submission to Christ. Do you need to come and place yourself voluntarily under his rule this very morning? The angels, authorities, and powers had no choice in submitting to Christ. In this life we have a choice as to whether we will submit and obey or not. But in the next life, we have no choice. Christ will be victorious. We will submit. Do you need to submit this morning so that you can win the victory when Jesus comes again?

Image by Germán R from Pixabay