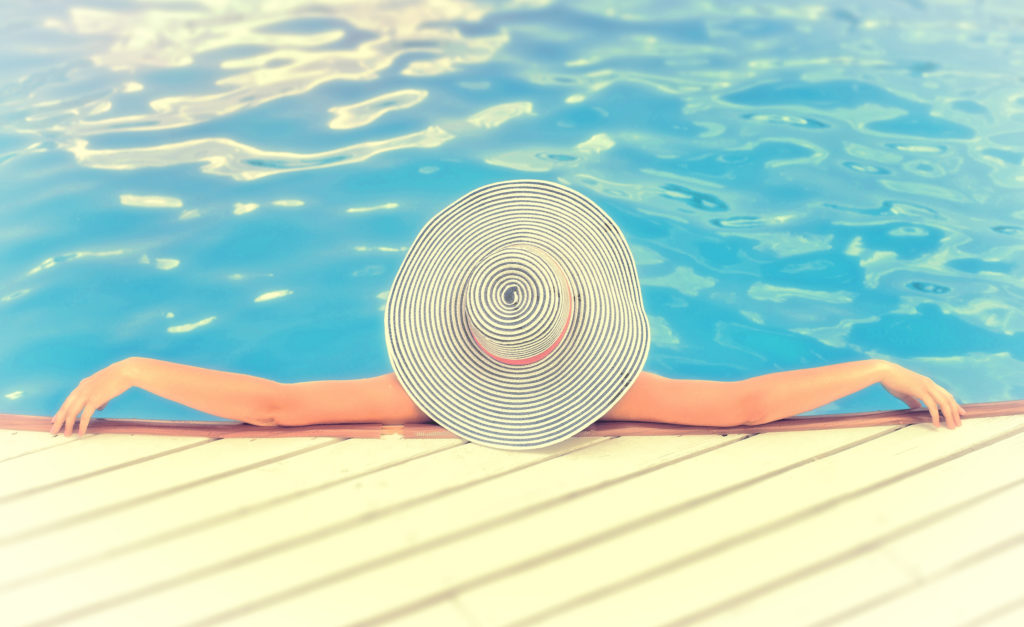 Napoleon Bonaparte said, “The future destiny of a child is the work of a mother.” Napoleon should have well known the influence of a mother on her son’s destiny; he was, after all, King of Italy and Emperor of France.

Many other mothers, besides Napoleon’s, have greatly affected their children’s destiny. Moses’ mother hid him and was not afraid of the king’s edict (Heb 11:23); her influence provided a leader for the Israelites. Hannah presented Samuel to the Lord (1 Sam 1:22-27); her influence provided a faithful judge for the people of Israel. Elizabeth was “righteous before God, walking blamelessly in all the commandments and statutes of the Lord” (Lk 1:6); therefore, she bore John the Baptizer, the forerunner of the Lord Jesus. When the angel Gabriel told Mary that she, a virgin, would bear a Son, she replied, “Behold, I am the servant of the Lord; let it be to me according to your word” (Lk 1:38). That humble, servantly influence brought the Messiah into the world.

Bathsheba knows all about spas. “It happened, late one afternoon, when David arose from his couch and was walking on the roof of the king’s house, that he saw from the roof [Bathsheba] bathing; and [she] was very beautiful” (2 Sam 11:2). Bathsheba’s decision to create her spa in a public place cost her dearly – she lost her husband, she lost a son, and she has lost the respect of many believers ever since.

Yet, a spa is a place of rejuvenation and renewal. Although Bathsheba acted immorally, she found renewal at her spa and became a woman that deserves mention on this Mother’s Day.

We do not know a great deal about Bathsheba. She is mentioned quite infrequently in Scripture. Of course, she’s mentioned in the narrative of David’s sin with her (2 Sam 11-12); that same incident is recorded in the heading of Psalm 51. After Solomon is king, she goes to ask that Adonijah, Solomon’s older brother, be allowed to marry Abishag the Shunammite (1 Ki 2:13ff). We also find reference to her in Matthew’s genealogy of Jesus (Matt 1:6).

Some might ask a very valid question, “Justin, of all the women in the Bible, why would you choose to preach about Bathsheba on Mother’s Day?” To be honest, part of it was to get your attention. I doubt many other preachers are speaking about Bathsheba today. But, far more importantly, Bathsheba is a lot like every other woman. She wasn’t perfect; she had flaws. Each of us – whether we be a mother or a father or a son or a daughter – has character flaws. Yet, Bathsheba, even with a multitude of flaws, became a mother who would influence Israelite history. Each of us, with all of our flaws, can become new people, rise above those flaws, and have a great influence. This morning, let each of us go to “Bathsheba’s Spa” that we might learn to be new people.

“Then Nathan said to Bathsheba the mother of Solomon, ‘Have you not heard that Adonijah the son of Haggith has become king and David our lord does not know it? Now therefore come, let me give you advice, that you may save your own life and the life of your son Solomon. Go in at once to King David, and say to him, “Did you not, my lord the king, swear to your servant, saying, ‘Solomon your son shall reign after me, and he shall sit on my throne’? Why then is Adonijah king?” Then while you are still speaking with the king, I also will come in after you and confirm your words.'”

“Bathsheba’s Spa” is “A Studying Spa,” for she received some wise instruction. Bathsheba needed some wise counsel. David was old and was about to die. So, Adonijah, one of David’s sons, had made himself king. Adonijah is, in all likelihood, David’s eldest living son. Thus, he, in nearly any other monarchy, would become king. After Solomon has become king, Adonijah says to Bathsheba, “You know that the kingdom was mine, and that all Israel fully expected me to reign. However, the kingdom has turned about and become my brother’s, for it was his from the LORD” (1 Ki 2:15). Thus, from a political standpoint, Adonijah should become king. But, we aren’t dealing with politics; we’re dealing with the will of God.

Nathan knows what’s at stake, and Nathan has lived through two previous bloody rebellions against the Israelite monarchy. Nathan, therefore, urges Bathsheba to go into King David, inform him that Adonijah has set himself up as king and to remind David that the throne is to go to Solomon.

Obviously, Bathsheba listens to this wise counsel, for she follows it. Wise people follow wise counsel. “Where there is no guidance, a people falls, but in an abundance of counselors there is safety” (Prov 11:14). “With those who take advice is wisdom” (Prov 13:10).

New mothers know how important it is to accept wise counsel, for there is much that you can learn from your mother and others who have raised children.

But, that’s not the point of this text. Bathsheba doesn’t receive advice from her mother or anyone else about how to raise a child. She receives advice from Nathan the prophet. Nathan’s advice, therefore, comes from God. At “Bathsheba’s Spa,” one accepts counsel from God.

Have we gone to “Bathsheba’s Spa” to study the Word of God?

“Bathsheba went to the king in his chamber (now the king was very old, and Abishag the Shunammite was attending to the king). Bathsheba bowed and paid homage to the king.”

Bathsheba comes into the king’s chamber and bows before her husband. I had planned to say that this demonstrates wives should bow down before their husbands. But, when I mentioned that to Tammy, I found out rather quickly I didn’t really want to say that!

Seriously, there are several points I’m sure other preachers would make.

David, as King of Israel, is the LORD’s anointed. Therefore, respecting David is respecting God. Israelite kings held a unique position in divine history. When Samuel anointed Saul as king, “Samuel took a flask of oil and poured it on his head and kissed him and said, ‘Has not the LORD anointed you to be prince over his people Israel? And you shall reign over the people of the LORD and you will save them from the hand of their surrounding enemies. And this shall be the sign to you that the LORD has anointed you to be prince over his heritage” (1 Sam 10:1). Saul, as king of Israel, didn’t receive his position through closed-door political maneuvering. He didn’t become king because of political astuteness. Saul became king because God decided that he should be king.

David understood that the king of Israel was in a unique position. When Saul was trying to kill him, David spared the king’s life, saying, “The LORD forbid that I should do this thing to my lord, the LORD’s anointed, to put out my hand against him, seeing he is the LORD’s anointed” (1 Sam 24:6). David understood that being God’s king placed Saul in an honored position.

Bathsheba comes and bows before David – as Nathan shall do in a few verses – not because he’s her husband or even because he’s the king, but because he is God’s established leader.

As we come to “Bathsheba’s Spa,” we learn that we Submit to the leaders of God.

Have we been to “Bathsheba’s Spa”? Have we learned to submit to proper, God-given authority?

Bathsheba said to David, “My lord, you swore to your servant by the LORD your God, saying, ‘Solomon your son shall reign after me, and he shall sit on my throne.’ And now, behold, Adonijah is king, although you, my lord the king, do not know it. He has sacrificed oxen, fattened cattle, and sheep in abundance, and has invited all the sons of the king, Abiathar the priest, and Joab the commander of the army, but Solomon your servant he has not invited. And now, my lord the king, the eyes of all Israel are on you, to tell them who shall sit on the throne of my lord the king after him. Otherwise it will come to pass, when my lord the king sleeps with his fathers, that I and my son Solomon will be counted offenders.”

“Bathsheba’s Spa” is a “Steering Spa,” for we learn that godly women will guide their husbands in what is right. That might seem like a contradiction with what we’ve just said about divinely instituted leadership. Paul makes clear that the principle of male spiritual leadership is as old as this world itself (1 Tim 2:13-14).

But, every good leader understands he needs solid counsel. Imagine if the President of the United States attempted to do all his work himself. No advisors. No cabinet.

The idea of leaders needing counselors is biblical. “In abundance of counselors there is victory” (Prov 24:6). “Without counsel plans fail, but with many advisers they succeed” (Prov 15:22).

Wives can provide such good, solid counsel to their husbands. Sometimes we men – like David – are missing some vital information and we need you to be a Bathsheba and inform us of what we need to know. Notice that specifically Bathsheba is guiding her husband in doing the right thing. When we first meet Bathsheba, she leads David into sin. Now Bathsheba leads David in righteousness.

A wife’s help can be highly beneficial. 2 Kings 4:8-10. This woman greatly benefited from offering her husband such wise counsel. She was able to conceive a son because of Elisha’s thankfulness. When that child died, Elisha raised him from the dead. Pilate’s wife also gave him wise advice: “While [Pilate] was sitting on the judgment seat, his wife sent word to him, ‘Have nothing to do with that righteous man, for I have suffered much because of him today in a dream'” (Matt 27:19).

At a wedding reception, the guests were encouraged to stand and give advice to the newlyweds. Many of the guests spoke, but finally an old man went to the front. He began: “The preacher advised the new bride to obey her husband. Well, I want to exhort the groom to obey his wife as I obeyed my wife.” He told how that one night soon after his conversion, he came home drunk. His wife took the bottle of wine which he was carrying and smashed it against the door as she admonished: “You are a Christian now – live like one!” That man had a godly wife who steered him in righteousness.

“Bathsheba’s Spa” is a wonderful place. At that spa, we can come as broken people, people full of sin – as Bathsheba herself was when she came to that spa. Yet, one finds a new life of righteousness and holiness at that spa. At that spa, one learns from the Word of God, honors God’s leaders, and guides others in righteousness.