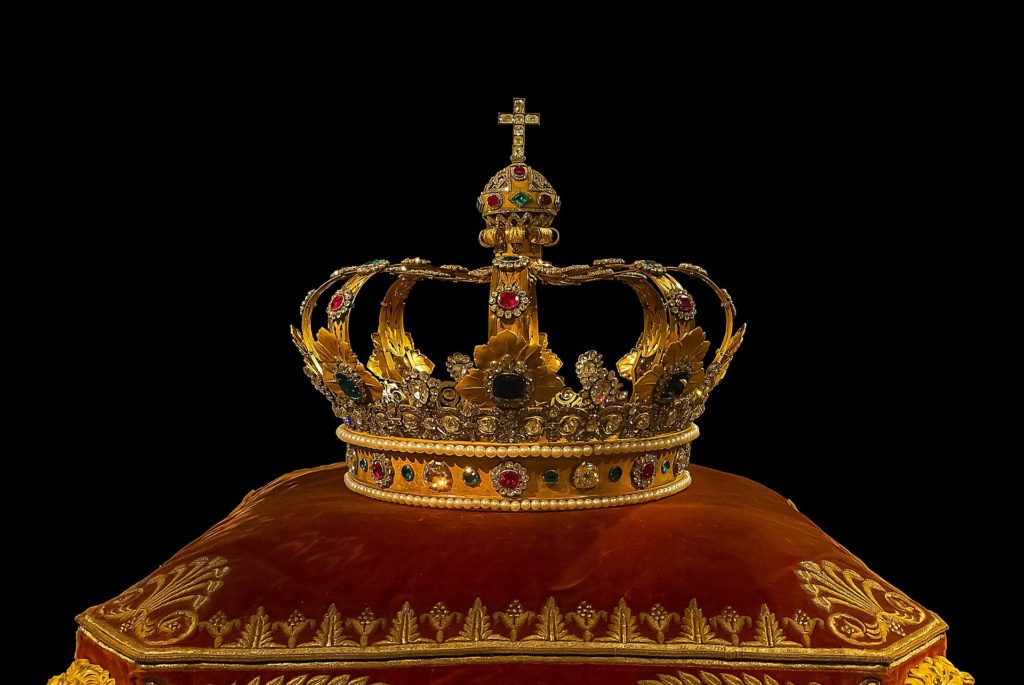 Josephus summarizes the life of Herod the Great like this: “A man he was of great barbarity toward all men equally, and a slave to his passions, but above the consideration of what was right. Yet was he favored by fortune as much as any man ever was, for from a private man he became a king, and though he were encompassed by ten thousand dangers, he got clear of them all and continued his life to a very old age.” It’s really no surprise that Josephus would describe Herod in such terms. His first act as king was to kill the Hasmoneans, the Jewish royal family that reigned during much of the time between the Old and New Testament. During his final week of life, Herod gave two important orders: the execution of one of his sons and the execution of many Jewish nobles upon his death. Herod wanted the nobles killed upon his death so that the Jews would mourn when he died.

The description we have of Herod in this text fits quite well with what we know of him. There are many who deny that the events narrated in this text could really have taken place, for secular history tells us nothing of Herod’s slaughter of the innocents. We need to understand that it is quite unlikely that many male children were killed by Herod’s tirade. Bethlehem at the time of Jesus’ birth was a very small place with only a handful of permanent residents—the town was not even on a major road. There are some biblical scholars who believe that the death toll from Herod’s murderous escapade may have been no more than 10. When that is compared to the other tyrannies of Herod, it may be little wonder that secular history records nothing of this event.

Regardless of what secular history records, we know this text narrates true events, for it is the Word of God.

“Then Herod, when he saw that he had been tricked by the wise men, became furious, and he sent and killed all the male children in Bethlehem and in all that region who were two years old or under, according to the time that he had ascertained from the wise men.”

Herod, according to the text, was “tricked” by the wise men. But, Herod wasn’t tricked by them at all. The wise men returned to their home country another way, for God told them to—no deceit, no trickery, but following the command of God. Herod knew that the magi had purposefully avoided him, for the only route by which the magi could have returned home was through Jerusalem.

The term “saw” can, like the English, refer to perception. Simply because someone sees something does not mean that it accords with reality. Several medications cause people to hallucinate and see things that aren’t really there. I have a friend who started a medication not long ago and she was constantly seeing spiders crawl all over her—they weren’t there, but she perceived that they were. How many people have thoughts that do not conform to reality? Have you ever walked into a room where people were laughing and you just knew that they were laughing at you? Have you ever gotten dates mixed up and showed up at the wrong time for an appointment?

Herod does the same thing here but on a more serious scale. He has not been tricked by the magi, but he believes that he has. He had given them an order—and since, in Herod’s mind, he was so much more important than God—he could conceive no other reason the magi did not come back to him.

What can we glean from HEROD THE DECEIVED?

Just because we believe something is so does not make it so.

Herod just knew that he had been tricked—deceived—by the magi, but he had not been deceived at all. The magi simply had higher orders than obeying Herod. When Tammy and I went to the doctor for the first time and heard our first child’s heartbeat, I just knew that baby was a girl. The heart rate was about 140 and that signifies that you’re having a girl. We had a boy instead!

Religiously, there are so many who are deceived—they believe one thing, but it’s not true at all.

Let us not be those deceived by error! There is only one way to keep from being deceived and that is to know the Scriptures. When the Jews in Berea heard Paul and Silas, “they received the word with all eagerness, examining the Scriptures daily to see if these things were so” (Acts 17:11). They had no desire to be deceived. John tells the elect lady that many deceivers have gone out into the world. He then writes to her: “If anyone comes to you and does not bring this teaching [the teaching of Christ], do not receive him into your house or give him any greeting” (2 Jn 10). How would the elect lady know who was bringing a different teaching if she did not know the truth? Shall we be those who know the truth, or shall we be those who are easily deceived?

It is also true that many false perceptions arise from a false opinion of one’s self.

Why did Herod believe he had been deceived by the magi? He told them to come back and he was the king. He was too important to be disobeyed. When folks enter a room and are convinced that everyone is speaking of him/her, that is really egotistical thinking. That person believes that he or she is so important that no one else could be possibly be talking about something else. It is a mistaken belief that the world revolves around us.

Why are people so easily deluded when it comes to the truth of God? Does not a lot of it come from their own false perceptions of how important they are? “I am a good person—God couldn’t possibly condemn me.” “This is the way I want to worship—this sounds good to me.”

We dare not think too highly of ourselves. “By the grace given to me I say to everyone among you not to think of himself more highly than he ought to think, but to think sober judgment” (Rom 12:3). “Have this mind among yourselves, which is yours in Christ Jesus, who, though he was in the form of God, did not count equality with God a thing to be grasped, but made himself nothing, taking the form of a servant, being born in the likeness of men” (Phil 2:5-7). Shall we be those who think too highly of ourselves, or shall we properly understand who we are?

“Then Herod, when he saw that he had been tricked by the wise men, became furious, and he sent and killed all the male children in Bethlehem and in all that region who were two years old or under, according to the time that he had ascertained from the wise men” (Matt 2:16).

Herod became angry when he saw that the magi had gone home a different way. His plan had been thwarted, he did not get his way, and he became enraged

We clearly see here the danger of unresolved anger: Herod became angry and then he sent people to kill all the male children two and under in Bethlehem.

Unresolved anger is so very dangerous. “A man of quick temper acts foolish, and a man of evil devices is hated” (Prov 14:17). “Be not quick in your spirit to become angry, for anger lodges in the bosom of fools” (Eccl 7:9). “Know this, my beloved brothers; let every person be quick to hear, slow to speak, slow to anger; for the anger of man does not produce the righteousness that God requires” (Js 1:19-20).

On May 5, 1894, the Baltimore Orioles came to play a game against the Boston Beaneaters. Legendary Baltimore third-basemen John McGraw got into a fistfight with the Boston third baseman. The benches emptied as players from both teams joined in the ruckus—fans in the stands began to fight with one another. In the midst of the melee, the fans in the twenty-five cent bleachers began to feel a quite warm. It was then that they discovered that Boston fans had set fire to the stadium. By the time firemen were able to control the blaze, 170 buildings had been burned and 2,000 people had been left homeless. Because of anger, 170 buildings burned and 2,000 people lost their homes!

Anger is so very dangerous! Let us be ever so careful with anger, lest we be swept up in a fire.

Herod’s act is impulsive and is the result of his secret plan’s being thwarted. While I have suggested less than a dozen children may have died in this act of terror, we must not overlook how heinous a crime this was. Surely, those parents who lost their children knew full well the heartache that Herod brought to Bethlehem. Furthermore, the Jews saw infanticide as a horrible, horrible crime.

Herod’s act is so horrible that Rachel’s weeping can be heard in Ramah. Rachel was buried in Bethlehem (Gen 35:19). Matthew quotes from Jeremiah 31:15. The context of Jeremiah 31 is the deportation of the Jews to Babylon. In Jeremiah 31, Rachel is seen as weeping from beyond the grave for her descendants who are being carried off into judgment. Rachel’s weeping here is used as a figure of speech—something like our saying that if someone knew such-and-such that he’d roll over in his grave.

There are two important notes to be made from Matthew’s use of Jeremiah 31.

Remember that Rachel was buried in Bethlehem, but her weeping is heard in Ramah. Ramah is 6 miles north of Jerusalem, but Bethlehem is 6 miles south of Jerusalem. The picture, then, is that the lamentation is so loud that it can be heard over a wide area.

What do we learn about HEROD THE DESTRUCTIVE?

We see the need to keep ourselves from murder.

Murder has absolutely no place among the people of God. Speaking of the pagans who lived before Christ, Paul says, “They were filled with all manner of unrighteousness, evil, covetousness, malice. They are full of envy, murder, strife, deceit, maliciousness” (Rom 1:19). “As for the cowardly, the faithless, the detestable, as for murderers, the sexually immoral, sorcerers, idolaters, and all lairs, their portion will be in the lake that burns with fire and sulfur, which is the second death” (Rev 21:8).You might wonder why I would even mention the need to keep ourselves away from murder. After all, that is not who we are. As disciples of Christ, murder would not even fit into the equation. However, it is Scripture and we need to be reminded of biblical teaching.

We also see the destruction that anger can cause.

We have already mentioned the dangers of anger, but here we see that anger can destroy lives. Because Herod was angry with the magi, he destroyed the lives of male children and the lives of their families.

When we are angry, we can easily destroy lives.

If we allow anger to control us, we can easily destroy the lives of those we love. We can destroy trust, we can destroy the good example we’ve set for so long, we can change lives forever. Let us be careful that we are not caught up in anger.

Herod destroyed many lives more than two millennia ago. However, he has been dead since 4 BC, and his terror is no longer felt in this world. However, Satan has destroyed lives since he first convinced Eve to eat of the forbidden fruit in the Garden. Has your life been destroyed by Satan? Do you need to have your life redeemed by Jesus’ blood?