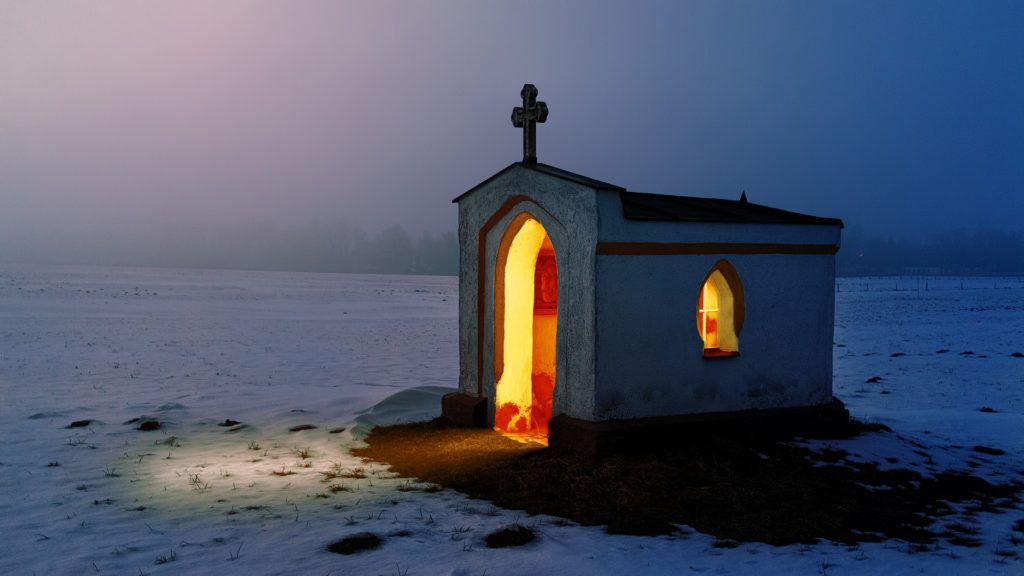 There is an old Chinese legend about a group of elderly, cultured gentlemen who met often to exchange wisdom and drink tea. Each host tried to find the finest and most costly varieties so that he could create exotic blends that would arouse the admiration of his guests. When the most respected of the group entertained the others, he served his tea with unprecedented ceremony, measuring the leaves from a golden box. The assembled guests praised this exquisite tea. The host smiled and said, “The tea you have found so delightful is the same tea our peasants drink. I hope it will be a reminder to all that the good things in life are not necessarily the rarest or the most costly.”

Sometimes the things which don’t look expensive have great value. How many people have gone through the process of cleaning out their garage and they found something that looked like junk but they were able to sell for quite a bit of money? How many people have thought, “I’m average. I’m ordinary. There’s nothing great I can do in the church?” Tonight, we want to look at what the average, ordinary person can do in the church.

God Used One Man to Save the Entire Human Race: Noah

You know the episode:

Because one man was righteous, the human race was not totally destroyed. After the Flood, God told Noah, “Come out of the ark, you and your wife and your sons and their wives. Bring out every kind of living creature that is with you—the birds, the animals, and all the creatures that move along the ground—so they can multiply on the earth and be fruitful and increase in number upon it” (Gen 8:16-17). Because every living thing had been destroyed, Noah, his family, and the animals on the ark needed to repopulate the earth. You find a specific instruction for Noah and his family to populate the earth at Genesis 9:1: “Then God blessed Noah and his sons, saying to them, ‘Be fruitful and increase in number and fill the earth.’” God gave Noah’s family and the living beasts that charge. You and I sit here tonight because of Noah’s righteousness.

Think of what you and I could do through righteousness! “You are the light of the world. A city on a hill cannot be hidden. . . . Let your light shine before men, that they may see your good deeds and praise your Father in heaven” (Matt 5:14, 16). “Thanks be to God, who always leads us in triumphal procession in Christ and through us spreads everywhere the fragrance of the knowledge of him. For we are to God the aroma of Christ among those who are being saved and those who are perishing” (2 Cor 2:14-15).

John Ruskin lived in the days when English villages were lit by lamps along the street. One evening, he watched with a friend as a lamplighter moved slowly on a distant hill, lighting the lamps along the street. Ruskin said, “There is what I mean by being a real Christian. You can trace his course by the lights that he leaves burning.”

God Used One Man to Deliver His People from Bondage: Moses

Israel was in Egyptian slavery, and there was a fellow busy keeping his father-in-law’s flocks. God came and spoke to Moses (Ex 3:1-10). But Moses wasn’t so sure he was the guy to deliver the Israelites, and he asked God, “Who am I, that I should go to Pharaoh and bring the Israelites out of Egypt?” (Ex 3:11). God replied, “I will be with you. And this will be the sign to you that it is I who have sent you: When you have brought the people out of Egypt, you will worship God on this mountain” (Ex 3:12). Moses then goes to Pharaoh’s court and speaks on God’s behalf (Ex 4-5).

God used this one man Moses to speak to hard-hearted Pharaoh, to bring plagues upon Egypt, to lead the people through the Red Sea, to receive God’s law for the nation, and to guide the people in the wilderness for forty years!

God Used One Man to Rally the Armies of Israel and Defeat the Philistines: David

This man David the least in stature of all his brothers, the one with the least potential for anything great became the great champion of the nation, the great king of the people, the greater warrior for the cause, the man after God’s own heart!

Here was a man of humble origin, rough clothing, a man who could become discouraged and despondent, yet he was God’s man for the hour, even standing with Jesus at the Mount of Transfiguration!

God Used One Woman to Save the Jews from a Deadly Plot: Esther

We read the story of Esther form the Book bearing her name:

Esther became the great deliverer of her people. Mordecai had said to her, “Who knows but that you have come to royal position for such a time as this?” (Est 4:14). God worked through this one woman to save his people from death and destruction.

He used a little child to teach about true greatness (Matt 18:1-5).

He used one solitary tomb to verify his power over death (Jn 11).

God Used One Man to Bring Salvation to All Humanity

“Christ would have had to suffer many times since the creation of the world. But now he has appeared once for all at the end of the ages to do away with sin by the sacrifice of himself. Just as man is destined to die once, and after that to face judgment, so Christ was sacrificed once to take away the sins of many people” (Heb 9:26-28).

If you ever wonder if YOU are important to the work of God, for the cause of the kingdom, remember these and other Bible events where God used little things to do great things! “Brothers, think of what you were when you were called. Not many of you were wise by human standards; not many were influential; not many were of noble birth” (1 Cor 1:26). “Each one should use whatever gift he has received to serve others, faithfully administering God’s grace in its various forms” (1 Pet 4:10).

Yes, little things mean a lot! “Little drops of water, little grains of sand, Make the might ocean and the pleasant land. So the little minutes, humble as they be, Make the mighty ages of eternity. Little deeds of kindness, little words of love, Help to make the earth happy, Like the heaven above.” The story of God’s people and God’s work is the story of a faithful few who did what they could to serve him!