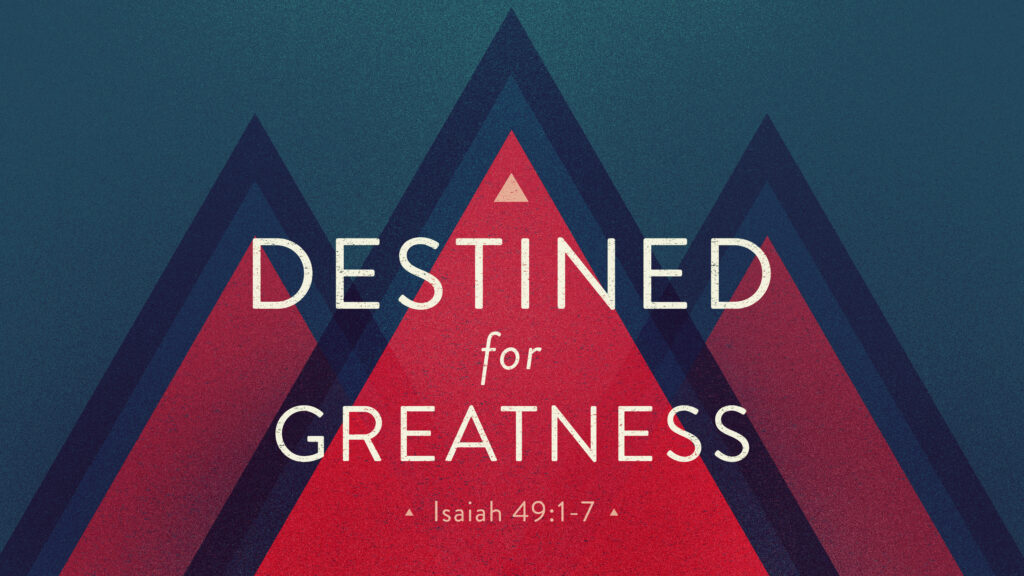 When I left Heritage Christian University, I sent out dozens upon dozens of resumes to churches. I got several interviews. The interviews would go splendidly, but then the church would call and say that they had decided to hire someone else. Finally, after 14 interviews or so, I was hired in Virginia.

After preaching there for 3 years, I ended up on Social Security Disability. After three years of swimming and cycling, I was ready to preach again. I thought I’d send out some resumes, but I really didn’t expect much to happen. I sent out five resumes, and I heard from two churches—a congregation in Florida turned me down, and David called to ask if I’d talk with the elders here. And, as they say, the rest is history.

Over the past two years, I’ve often thought about how easily God opened the door here at Deer Park. In my heart of hearts, I don’t believe that was any accident. With every fiber of my being, I firmly believe that God in his providence brought us together. I’m persuaded God has great things in store for us.

In Isaiah 49, the prophet spoke of Israel as being providentially being brought together to do great things. Of course, the church is the new Israel:

Thus, we want to hear this passage about Israel and apply it to this congregation of God’s people.

The text before us is very poetic; it, therefore, did not apply literally to the nation of Israel. However, we want hear these words, seek to understand them in their original context, and make application to this modern church. As you examine this passage, one truth becomes very evident: “God has destined this church for greatness.”

Not only did God call Israel from the womb, but he made his mouth “like a sharp sword” and “made [him] a polished arrow.” In other words, God endowed Israel with the abilities the nation needed to fulfill its destiny. The mention of “mouth” here indicates speaking the truth of God; furthermore, God formed Israel’s mouth “like a sharp sword”—throughout the Scriptures, “sword” is used as an analogy for the word of God.

Israel was God’s servant in whom the Lord would be glorified. Israel’s role was to serve God and bring him glory and honor.

Israel here expressed remorse and frustration that many of those to whom the nation had spoken rejected the message. However, Israel appealed to God as the judge.

As the conversation between Israel and Yahweh continued, the reader learns that God formed Israel in the womb as his servant to bring Jacob—Israel—back to him. How could God call the nation of Israel as his servant to bring the nation of Israel back to him? The servant is not all the people of Israel, but the servant is faithful Israel. Throughout the book of Isaiah, the prophet often distinguished between those who were simply Israelites by birth and those who were faithful to God, the true Israel.

God said that calling unfaithful Israelites back to him wasn’t enough for his faithful children—instead, they were to be a light for all nations. Yahweh’s purpose in choosing Israel was always to bring all nations to him:

The early church understood these words to mean Gentiles would be included in God’s family. When the Jews in Antioch of Pisidia rejected the Gospel, Paul and Barnabas quoted Isaiah 49:6 to show that God had included the Gentiles (Acts 13:47).

“God has destined this church for greatness.” Some might say this church can’t be destined for greatness—we’re too small. That’s about the most ludicrous thing I’ve heard in my life. God found one righteous man—Noah—and saved him (and mankind) from the Flood. God took one man—Abraham—and made him the father of many nations. God used one man—Joseph—to save the Israelites from starvation. Jesus called twelve men to be disciples and those twelve men spread his message of salvation to every corner of the globe. The same Lord who used those men to do great things has destined this church for greatness.

How can you be part of the greatness God has destined for this church?

As Israel spoke, the nation said, “He made my mouth like a sharp sword.” The implication is extremely clear—Israel was to speak the word of the Lord.

Speaking the word of the Lord is church’s business. “Go . . . and make disciples of all nations, baptizing them in the name of the Father and of the Son and of the Holy Spirit” (Matt 28:19). Jesus told the disciples “that repentance for the forgiveness of sins should be proclaimed in his name to all nations, beginning from Jerusalem” (Lk 24:47). Again, Jesus told the disciples, “You will be my witnesses in Jerusalem and in all Judea and Samaria, and to the end of the earth” (Acts 1:8).

The early church took that charge seriously. After persecution arose following Stephen’s death, “those who were scattered went about preaching the word” (Acts 8:4). Within a few years of Jesus’s giving the Great Commission, Paul wrote, “the gospel that you heard . . . has been proclaimed in all creation under heaven” (Col 1:23).

Israel declared, “I have labored in vain; I have spent my strength for nothing and vanity.” The nation acknowledged that they had not been fully faithful in fulfilling their mission.

Do you need to Acknowledge that you have not been fully faithful in fulfilling this church’s destiny? Let’s get real for a minute:

Do you need to Acknowledge your failure in helping this church reach its destiny?

Our text concludes with the anticipation that God would bring Gentiles into his kingdom: “I will make you as a light for the nations, that my salvation may reach to the end of the earth.” God had great things in store for Israel—the nation would bless all nations through the coming of the Messiah.

This church’s greatest days lie ahead. God has destined this church for greatness and has great things in store for her. What role will you play in this church’s future? Do you need to repent of sin that you might help God with this church’s destiny?