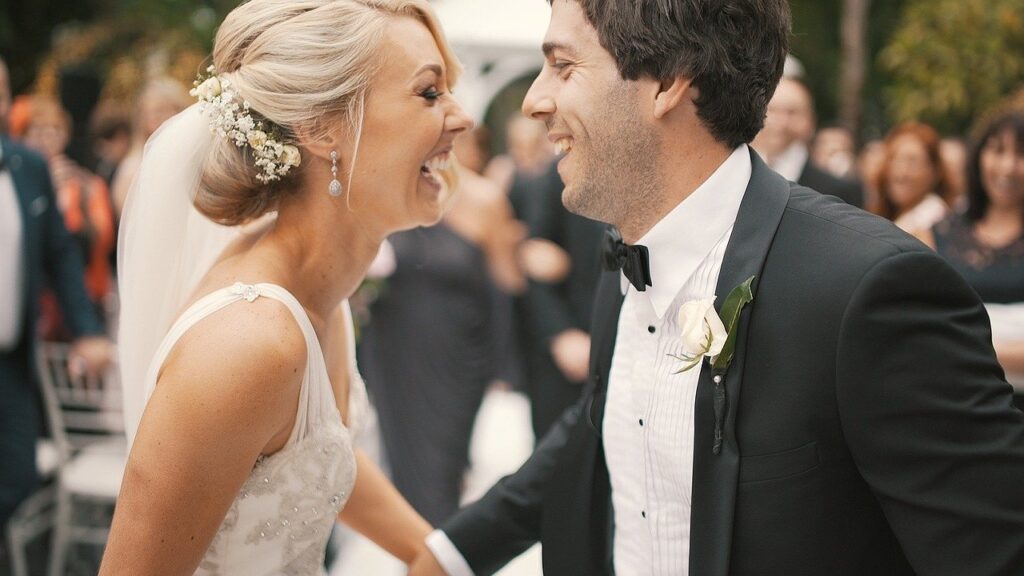 On this Father’s Day, I’m thinking especially of my godly father-in-law, Bob McKinney. For several years after the fall of the Soviet Union, Bob went to Kyiv to teach the gospel a couple weeks in the summer. Knowing that he would need to walk nearly everywhere, Bob spent many weeks walking a few miles a day to get ready.

Bob holds a degree in counseling, and when he could use that degree for the Lord’s work, he would so so. Our family doctor called one night and had someone in his office who was suicidal. Tim wanted me to come and help, but I felt extremely inadequate. I called Bob, and Bob went.

When the congregation began a jail ministry, Bob readily volunteered to go. For several weeks, Bob and I went to the jail every Tuesday afternoon to teach the gospel. Not many sons-in-law can say they went to jail with their fathers-in-law, but I can!

Hosea was a godly father. To demonstrate just how unfaithful his people had become, God called Hosea to prophesy against the Northern Kingdom of Israel. God told Hosea, therefore, to marry a prostitute: “Go, take to yourself a wife of whoredom and have children of whoredom, for the land commits great whoredom by forsaking the LORD” (Hos 1:2), and Hosea obeyed (Hos 1:3).

Gomer, Hosea’s wife, bore the prophet three children. However, it’s very likely that not all those children were Hosea’s and that Hosea knew it: “She conceived and bore a son. And the LORD said, ‘Call his name Not My People, for you are not my people, and I am not your God’” (Hos 1:8-9). That naming of the child “Not My People” suggests that the third child wasn’t Hosea’s.

Sometime during their marriage, Gomer left Hosea and went back to prostitution. God told Hosea to go, to redeem her, and to love her all over again. Our text picks up with Hosea’s doing that difficult task. As I mentioned, Hosea’s marrying Gomer was an object lesson to show God’s unfailing love to his unfaithful people. I don’t wish to delve into that lesson this morning. Instead, I wish to focus on Hosea’s godly influence in obeying God and loving his wife. Hosea demonstrated: “A godly man’s two great loves are his God and his wife.”

God told Hosea to go again and to love an adulteress. Gomer isn’t mentioned by name in the text, but the woman must be Gomer or the Book of Hosea stops making sense and the object lesson totally breaks down.

We don’t know when Gomer left the family. However, chapter one strongly suggests she never left her life of prostitution after marriage. It would seem that Gomer’s past life of sensuality had such a pull on her that she found it difficult to stay faithful to Hosea.

Somehow Gomer got into trouble, and Hosea had to buy her back, to redeem her. Gomer may have sold herself as a slave or simply become unable to pay her debts.

Hosea bought Gomer “for fifteen shekels of silver and a homer and a lethech of barley.” The value of barley mentioned here is about 15 shekels; therefore, Hosea paid about 30 shekels altogether to redeem his wife. Under the Law of Moses, if an ox gored a slave, the ox’s owner was to pay the slave’s owner 30 shekels (Ex 21:32). Think about that: Gomer isn’t worth a whole lot—she’s only worth the price of a dead slave!

While Hosea didn’t pay much for Gomer, his love for her shines through at verse three.

“You must dwell as mine for many days.” There is the force of a command here—Hosea wasn’t giving Gomer an option. In a culture where women seldom worked outside the home, Hosea was pledging to support Gomer.

“You shall not play the whore, or belong to another man.” Hosea ordered Gomer to be faithful to him instead of returning to prostitution.

“So will I also be to you.” Hosea got to the heart of the matter—faithfulness. He was promising Gomer that he would be faithful to her just as he was ordering her to be faithful to him.

When I read this text, I’m moved almost to tears. Here was a man who married the woman God chose for him, but she would not remain faithful. Then, when she went further into sin and got into trouble, the prophet stepped forward and paid for her. Can you imagine how hurt and embarrassed Hosea had to be at Gomer’s behavior? Yet, he acted in obedience to God’s command; furthermore, he continued to love his wife in spite of her sin.

How can you, like Hosea, demonstrate that “A godly man’s two great loves are his God and his wife?”

One: Search your heart.

You need to ask yourself, “How much do I love my God?”

One demonstrates his love for God through his actions. “If you love me, you will keep my commandments” (Jn 14:15). “If anyone loves me, he will keep my word” (Jn 14:23). When asked how much he loved God, Hosea answered by obediently marrying a prostitute.

If I were to ask you how much you love God, what would you honestly say?

What does your life reveal about your love for God?

You need to ask yourself, “How much do I love my wife?”

Husbands must love their wives. “Husbands, love your wives, as Christ loved the church and gave himself up for her” (Eph 5:25). What a tall order! Husbands aren’t simply to love their wives, but they’re to use Jesus as a model and love sacrificially. “Husbands, love your wives” (Col 3:19). When asked how much he loved his wife, Hosea answered by paying for her and pledging his faithfulness to her.

You show your wife love through your behavior: 1 Corinthians 13:4-7. Yes, Paul wrote those words to tell the Corinthians how to treat each other in the church. But Paul defined love and listed specific actions which demonstrate (or fail to demonstrate) love.

If I were to ask you how much you love your wife, what would you honestly say?

What does your life reveal about your love for your wife?

Once you have searched your heart, you need to step out of your comfort zone and act. Think about Hosea. What God told him to do—to go bring his unfaithful wife home—had to be uncomfortable. But he did it because he loved his God and he loved his wife. You, also, need to love your God and your wife, even when it’s uncomfortable.

Step out and love your God.

You’ve taken the time to search your heart, and it’s time to act. Take at least one of the defects you found and act:

Where do you need to step out and show your God your love?

Step out and love your wife.

You’ve taken time to search your heart, and it’s time to act. Take at least one of the defects you found and act:

Men, you need to be men, not of talk, but of action. Hosea didn’t talk about love, but he acted. God didn’t love the world through emotion but by giving his only Son to die for man. In order to love, you must act.

Brothers, will you step out of your comfort zone ad show your God and your wife love? You need to be a man and love. “Be watchful, stand firm in the faith, act like men, be strong” (1 Cor 16:13). Will you be a real man and love?