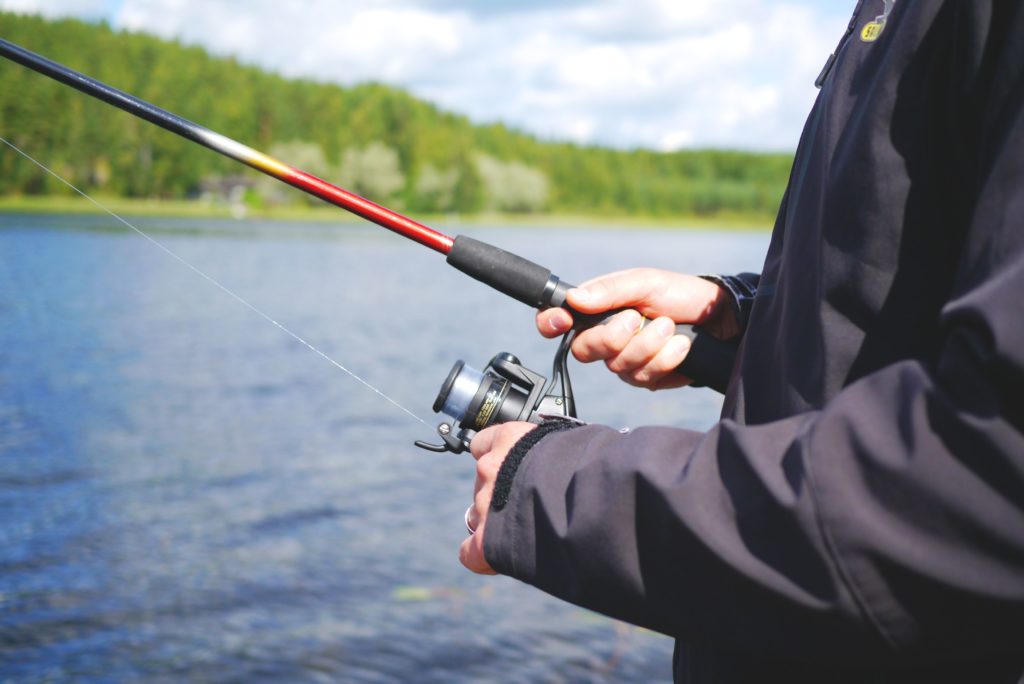 We must serve as Jesus’ hands and do what he would bid us to do.

Jesus has a passion for winning souls. “I did not come to call the righteous, but sinners, to repentance” (Matt 9:13). “Come to Me, all you who labor and are heavy laden, and I will give you rest” (Matt 11:28).

Jesus needs help winning souls—we must serve as his hands in reaching the lost.

Tonight, we want to examine the seven steps to calling me. This will help us be more capable to call men to Jesus.

Step One: Seeing a Vision of People, v 1

While Jesus was by the Lake of Gennesaret (the Sea of Galilee), a multitude pressed about him.

We need to see Jesus as the only hope of the world. “I amt he way, the truth, and the life. No one comes to the Father except through Me” (Jn 14:6). Paul referred to Jesus as “our hope” (1 Tim 1:1)—We have hope only through Jesus.

Do you see people as lost? Do you see Jesus as their only hope?

Jesus ahd to find a way to handle the throne of people both then and later. Jesus saw two boats by the lake. The fishermen from both boats had gone off them to wash their nets. He got into Simon’s boat and asked Simon to put the boat out a little from land.

Jesus sat down in the boat and taught the multitudes—Sitting was the common form of teaching in those days.

Are you seizing your talents for winning souls?

After he stopped speaking, Jesus taught Simon a lesson in obedience. The Lord told Simon to go out into the deep and let down his nets for a catch. Simon told the Lord, “We have worked hard all night and caught nothing. Yet, because you say to do so, I will let down my nets.”

Through this catch of fish, Jesus wanted to win Simon’s loyalty and discipleship. but, first, Jesus had to humble Simon. Jesus had to show Simon that as the Messiah he could take care of him.

Simon was reluctant to obey Jesus. After all, Simon was an experienced fisherman, and here is a carpenter trying to tell a fisherman how to fish. Simon caught himself in the middle of his objection, and obeyed. Simon seems to have obeyed for two reasons:

We need to remove reluctant obedience from our lives. It’s easy to look at our lives and find excuses for not totally obeying Jesus. “God, what if I talk with someone about the Gospel, and he gets mad?” “God, what if they think I’m a fanatic?”

We need to obey God unconditionally, with no strings attached.

Jesus demonstrated his power. When Jesus told Simon to put his net into the water, he did so. Simon caught so many fish that his net was breaking. Simon and those with him signaled to their partners to come and help them. They filled the two boats with the fish; there were so many fish that the boats began to sink.

Imagine what Simon’s face looked like when he saw how large a catch this was. He would know with certainty that Jesus was the Son of God.

There are two ways to demonstrate godly power:

Are you demonstrating godly power in your life?

Simon came to the Lord and sad, “Depart from me, for I am sinful man, O Lord!” Simon called Jesus “Lord.” Earlier he had called him “Master.” That term simply refers to one in authority. However, “Lord” has overtones of deity. He was confessing his faith that Jesus was divine.

Simon had those with him were amazed at the catch of fish.

Simon did three things with his confession:

The same reverence Simon demonstrated has been expressed before in Scripture.

Job 42:5-6: Throughout Job, Job challenged God to show his face so that Job could question him: “Oh, that the Almighty would answer me” (Job 31:35). God answers Job from a whirlwind, and Job admits his error.

Isaiah 6:5. Isaiah became frightened when he saw the Lord’s glory. He thought he would die.

We need to bring people confess their faith in the Lord. One must confess with his mouth the Lord Jesus (Rom 10:9). This means more than just saying that we believe Jesus is God’s Son. We must confess that Jesus is the Lord of our lives—that he owns us.

Are you bringing people to confess their faith?

James and John were just as astonished as was Simon.

Jesus told Simon, “From now on you will catch men.”

Jesus chose his disciples to bear fruit (Jn 15:16). We must bear much fruit. Every branch in Jesus which does not bear fruit the Father takes away (Jn 15:2). “Go into all the world and preach the gospel to every creature” (Mk 16:15).

The Seventh Step: Watching for the Decision to Forsake Everything, v 11

When they brought their boats to land, they left all and followed him.

These men left everything they had: Their business, their professions, and the biggest catch they’d ever seen.

We must forsake everything to follow Jesus. “If anyone desires to come after Me, let him deny himself, and take up his cross, and follow Me” (Lk 9:23). “Whoever of you does not forsake all that he has cannot be My disciple” (Lk 14:33).

We need to call those we baptize to forsake everything. Have you forsaken all?