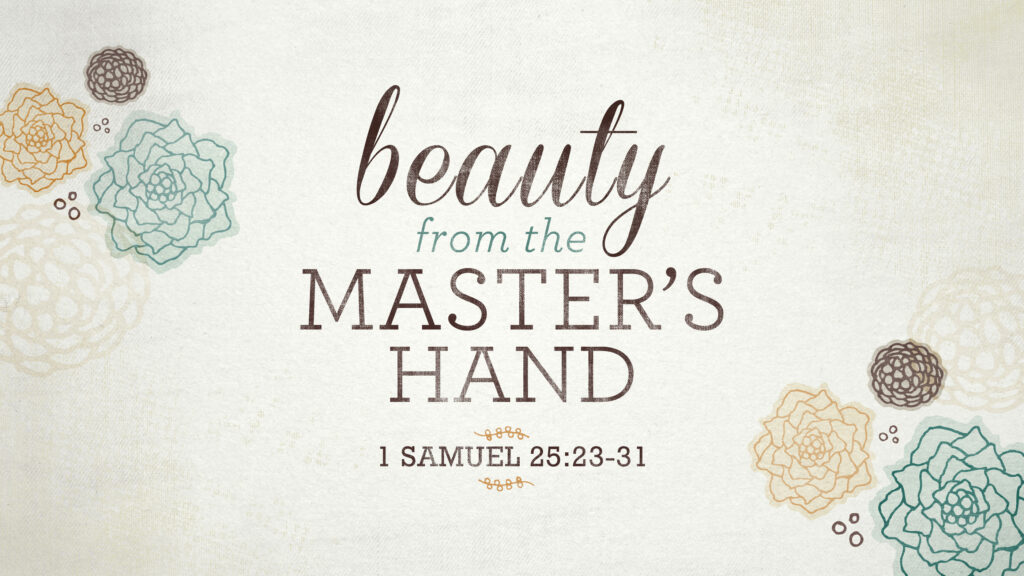 When I was preaching in West Virginia, I often preached over people’s heads, and my sermons sounded like grad school lectures. I would spend time discussing the Greek syntax of every word in the text, explain the evolution of that term, and every way people in the first century used it. I would tell the church every theological argument to be gleaned from the text and what all the major theologians had said. I made some application here and there, but I didn’t do much of that.

Once, some of Tammy’s family came and heard me preach. Tammy’s Aunt Phil called Tam’s mother and told her my sermon was the worst sermon that she had heard in her life.

Tammy finally had enough of sitting through those lectures and told me something had to change. So, I mentioned Tam’s concerns to a good preacher friend, and he recommended a book on preaching. I read the recommended book, and my preaching style hasn’t been the same since. Tammy completely and drastically changed my preaching style, and I owe her much for it.

This morning’s text is about a woman who greatly helped her husband. Abigail prevented David from killing her first husband Nabal. When the Lord killed Nabal, Abigail became David’s wife. Because Abigail acted honorably when David wanted to kill Nabal, she married David and became a mother.

This Mother’s Day we wish to hold up Abigail as an example for you sisters. Abigail’s example demonstrates that: “A godly wife loves her husband even when he’s a fool.”

Before we read our passage let’s refresh our memories with the context. David has been fleeing from Saul, for the king has been trying to kill the king-in-waiting. As he and his fighting men fled, David went to Paran in Judah. In Paran, David and his men encountered Nabal’s shepherds.

Nabal was a rich man, and David asked him for provisions for his men. Nabal refused David’s request in extremely rude language. David ordered his men to strap on a sword, and about 400 men went with David to kill Nabal and his men. One of the young men, however, told Abigail, Nabal’s wife, what her husband had said. Abigail acted quickly and took food and wine to David’s men. Abigail, however, kept her mission secret from Nabal until after she was done.

Abigail asked that on her alone be her husband’s guilt. In other words, she offered to die in the place of Nabal and his men.

Abigail asked David not to regard Nabal, “for as his name is, so is he.” “Nabal” in Hebrew means “foolish” or “boorish.” It’s hard to imagine parents naming their child “Fool,” so Nabal was surely a nickname. Think about that—here’s a man who was so openly foolish that “Fool” became his nickname.

Abigail expressed gratitude that David had not put himself in God’s place and incurred bloodguilt for executing Nabal.

In these verses, it seems like Abigail is really “laying it on” and “buttering up” David. She spoke of David’s fighting the LORD’s battles and God’s rewarding David for that. Abigail said that God would squash David’s enemies and make David “prince over Israel.” Of course, Abigail wasn’t “laying it on”—she was simply recounting God’s promises.

Abigail’s statements in these verses are important, for they demonstrate that the common Israelite knew David would be the king. Nabal would have known David had been anointed by God to lead Israel. Yet, he foolishly refused to serve the LORD’s anointed.

Yes, Nabal died, but Abigail prevented David from killing out of anger. She rescued Nabal, her first husband, from being killed by David, and she rescued David, her second husband, from committing murder.

Abigail sacrificed herself for Nabal. She told David, “On me alone, my lord, be the guilt” (v 24). In other words, Abigail said, “David, if you’re going to kill someone, kill me. Don’t kill my husband or any of his men—kill me.”

Talk about sacrifice! You remember what Jesus said: “Greater love has no one than this, that someone lay down his life for his friends” (Jn 15:13). If you want to be an Abigail, sisters, you sacrifice for your husband.

Sacrificing for others is the way of Jesus. Philippians 2:3-4. In other words, lay aside your wants and desires and do what is best for the other person. Did Jesus himself not demonstrate such sacrifice when he went to Golgotha’s tree?

Find a way to sacrifice for your husband this week. What can you give up for him? How can you go out of your way to serve your husband?

Abigail put her husband second, and she put God first: “Now then, my lord, as the LORD lives, and as your soul lives, because the LORD has restrained you from bloodguilt and from saving with your own hand, now then let your enemies and those who seek to do evil to my lord be as Nabal” (v 26).

Abigail said that as the LORD lives may David’s enemies be as Nabal. Abigail clearly understood that God would strike Nabal dead. In fact, “the LORD struck Nabal, and he died” (v 38). I find it interesting that Abigail threw Nabal “under the bus.” She basically said, “Look, Nabal sinned. God is going to judge him, and that’s okay with me.”

Sisters, you must understand that God is far more important than your husband. Luke 14:26. Sisters, I want you to make a commitment that God—and God alone—will be the center of your life. If your husband sins, it’s not on you, and you don’t need to be drug into his actions. If your husband doesn’t want to do right, you still do right. Will you make that commitment to God?

Abigail brought David a gift to keep him from killing Nabal, verses 18, 27. Yeah, you could say Abigail was serving David when she brought him the supplies. Yet, she was really serving Nabal—her motivation was to prevent David from killing Nabal.

We’ve already mentioned putting your husband in front of yourself. But as you do, you need to be like Abigail and Jesus and live the life of a servant. The night he was betrayed, the Lord got up from supper, wrapped a towel around himself, and washed his disciples’ feet. “As each has received a gift, use it to serve one another” (1 Pet 4:10).

Abigail trusted in God—he was her security. Abigail knew that what God had promised David would happen. Verses 30-31.

This week, sisters, find time to get off by yourself and pray for the grace to trust him more.

Can you imagine a world where every wife was an Abigail and understood “A godly wife loves her husband even when he’s a fool?” What do you think such a world would do to the divorce rate? How many more men, do you think, would be serving as elders because of the influence of godly wives? How many children would be faithful to our God because of the influence of godly mothers? What spiritual renewal would we see in this nation?

Sisters, do you need to the Lord to save you this morning?