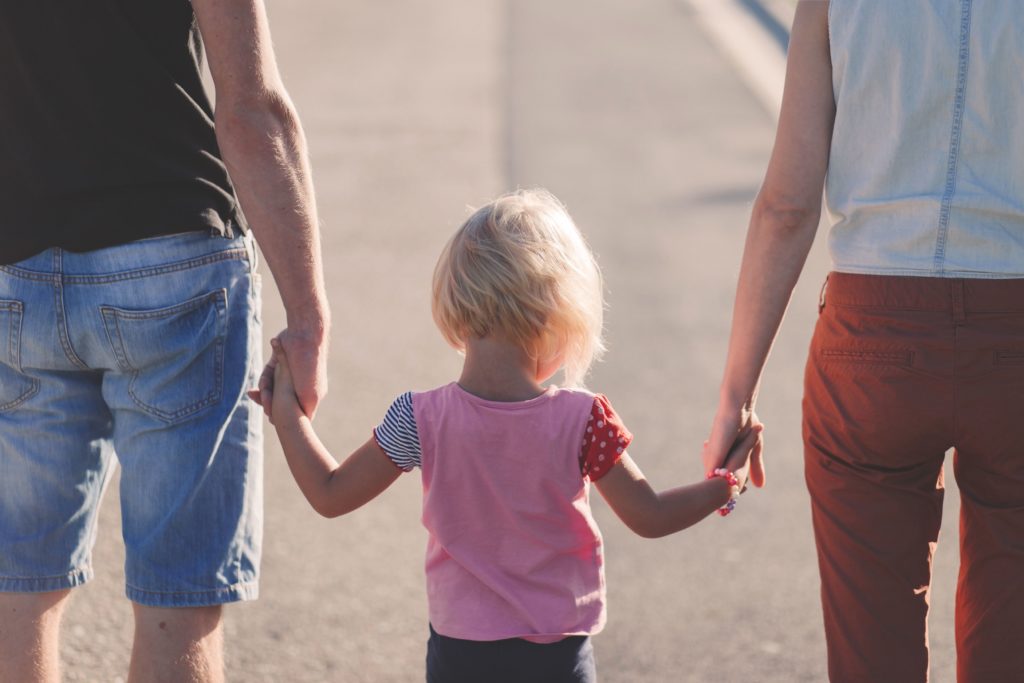 A Dysfunctional Family (Passages from 1 Samuel)

One night on the banks of the Potomac, as the Confederate and the Union armies lay opposite each other, the Union bands played “The Star-Spangled Banner”, “Hail, Columbia!” and other Union songs. The Confederates in contest played “Dixie,” and over pieces from their side. It seemed as though each would play the other down. By and by a band struck up “Home, Sweet Home!’ The conflict ceased. The bands on the other side struck up “Home, Sweet Home!” and voices from opposite sides of the river joined the chorus, “There is no place like home.”

Without any doubt, soldiers on the field of battle have fond memories of home. Who would not rather be at home than in a foxhole with bullets and artillery swirling around? Who would rather not have a warm bed rather than a bunk in a rain-soaked tent? When a soldier thinks of home, he will almost always remember home fondly. What about the rest of us who have a warm bed and don’t put our lives on the line? How do we think of home? Are our homes respites from the cares of this world, or do our homes resemble fields of battle? Will our children remember our homes with fond memories, or will they desire to do everything differently when they have a home of their own?

“The sons of Eli were worthless men; they had no regard for the LORD.”

Interestingly, in 1:16, Eli considered Hannah as a worthless woman. Because Hannah was pouring out her heart to God in prayer and moving her lips without saying a word, Eli thought she was drunk. Eli comes to Hannah, “Get rid of your wine. Don’t come and pray in the presence of the Lord when you’re drunk.” That wasn’t it at all; Hannah wasn’t drunk; Hannah wasn’t a worthless woman.

Eli’s sons were worthless, but Eli’s out pointing his finger at Hannah rather than taking care of things at home.

The text explains why Eli’s sons were considered “worthless” – they disregarded the sacrifices brought to God. Eli’s sons had a custom with sacrifices. When someone offered a sacrifice, the priest would send his servant with a three-pronged fork while the meat was boiling, and the priest would eat whatever was brought up on the fork. They did this before the fat was burned, because the priests would not accept boiled meat, but raw. If the worshiper refused to hand over the fat, the priest would take it by force.

The sons of Eli were not honoring God. They were worshiping God the way they wanted, not the way God wanted. You can, I think, make a compelling argument that the sons of Eli weren’t worshiping God at all; they were simply using their position as priests to enlarge themselves. Instead of putting God first, Eli’s sons were putting themselves first. They didn’t care what God had said, they didn’t care what God wanted, they had their own ideas. In their own minds, Eli’s sons were more important than God.

Hophni and Phinehas, the sons of Eli, were committing sexual sin before the tent of meeting. Hophni and Phinehas were sexually immoral with the women who served “at the entrance of the tent of meeting.” Women served a whole host of duties in temples in the Ancient Near East, and we find Eli’s sons taking advantage of such women here. Eli heard of his sons’ gross misconduct and spoke to them about it. He had heard of this conduct from all the people, and his sons were making Israel sin. Can you imagine how humiliated Eli must have been? Eli was the religious leader of an entire nation, and his own children were disobedient to God and leading all the people into sin. Eli, therefore, goes and speaks to his children about their misconduct.

But, Eli’s sons refused to listen to their father. They refused to listen, because “it was the will of the LORD to slay them.” These two scoundrels had become so destitute that God just wanted to kill them, get them out of the way and move on. God’s going to accomplish that.

Scripture has several admonitions for young people to listen to their parents. “Hear, my son, your father’s instruction, and reject not your mother’s teaching; for they are a fair garland for your head, and pendants for your neck” (Prov. 1:8-9). “My son, do not forget my teaching, but let your heart keep my commandments, for length of days and years of life and abundant welfare will they give you” (Prov. 3:1-2). “Children, obey your parents in the Lord, for this is right. ‘Honor your father and mother’ (this is the first commandment with a promise), ‘that it may be well with you and that you may live long on the earth'” (Eph. 6:1-3).

This is the judgment spoken against Eli to Samuel. God was about to fulfill his judgment against Eli. God had told Eli in 1 Samuel 2:27-36 that he would bring judgment upon him and his household.

Eli was judged for his son’s actions; why? God tells Samuel: “He did not restrain them.” Eli never prevented his sons from taking a part of the sacrifice for themselves, but his role as a father included being a teacher and disciplinarian. “These words which I command you this day shall be upon your heart; and you shall teach them diligently to your children, and shall talk of them when you sit in your house, and when you walk by the way, and when you lie down, and when you rise” (Deut. 6:6-7). “Fathers, do not provoke your children to anger, but bring them up in the discipline and instruction of the Lord” (Eph. 6:4).

But Eli had failed in that role and was, therefore, as guilty as his sons – God said to Eli, “Why then look with greedy eye at my sacrifices and my offerings which I commanded, and honor your sons above me by fattening yourselves upon the choicest parts of every offering of my people Israel?” (1 Sam. 2:29).

There is an old story told of a young man who stood before a judge to be sentenced for forgery. The judge had been a friend of the boy’s father, who was famous for his books on the law of trusts. “Young man,” said the judge sternly, “do you remember your father, that father whom you have disgraced?” “I remember him perfectly,” the young man answered quietly. “When I went to him for advice or companionship, he would say, ‘Run away, boy, I’m busy.’ Well, my father finished his book, and here I am.” That father was too preoccupied to restrain his son. Will we fathers be too busy to restrain our children, or will we be a father and guide our children?

This is a strange text. Samuel lived with Eli during his formative years, and you would think that after all that happened in Eli’s household that Samuel would have learned better. I wonder if the reason Samuel never learned better was that Eli set such a poor example before Samuel. Samuel learned to be a father by watching Eli – he was the role model Samuel had. Because Samuel followed a poor role model, he did not know how to raise his own children.

There is so much to be said for the example that we set. An example can teach us how to live. “Be imitators of me, as I am of Christ” (1 Cor. 11:1). “To this you have been called, because Christ also suffered for you, leaving you an example, that you should follow in his steps” (1 Pet. 2:21). An example can also convert and lead to Christ- “You wives, be submissive to your husbands, so that some though they do not obey the word, may be won without a word by the behavior of their wives, when they see your reverent and chaste behavior” (1 Pet. 3:1-2).

A TV repairman didn’t like to think about work when he came home. As a result, he never bothered to properly install the TV antenna on the top of his house or fix when one arm broke in a windstorm. One day a new family moved in next door, and the owner went up on his roof to install an antenna. Knowing that his neighbor was a TV repairman, he put his up exactly the same way and turned his antenna to face in the same direction as his neighbor’s. Then, after studying his neighbor’s antenna for a while, he reached up and broke one arm off his new antenna!

We teach by example. What are our examples teaching in our homes?

The conclusion to this story is rather sad. The Israelites went out to battle against the Philistines (4:1). During the battle, the ark of God was captured and the two sons of Eli were killed (4:11). A Benjaminite ran and told Eli what had happened. Eli fell backward in his seat, his his head and died (4:18).

If only Eli had put forth more effort and had done the right thing with his children!

In a ladies’ class there was a vigorous discussion on the topic of how early in a child’s life the parents ought to begin influencing him or her toward God. After much spirited debate, a grandmother was asked to make a comment. She said, “I began with my first child twenty years before she was born by becoming a Christian!” If we want to have the proper influence on our homes, we need to be Christians! Are you a Christian? Do you need to come this morning and become one and begin using proper influence in your home?