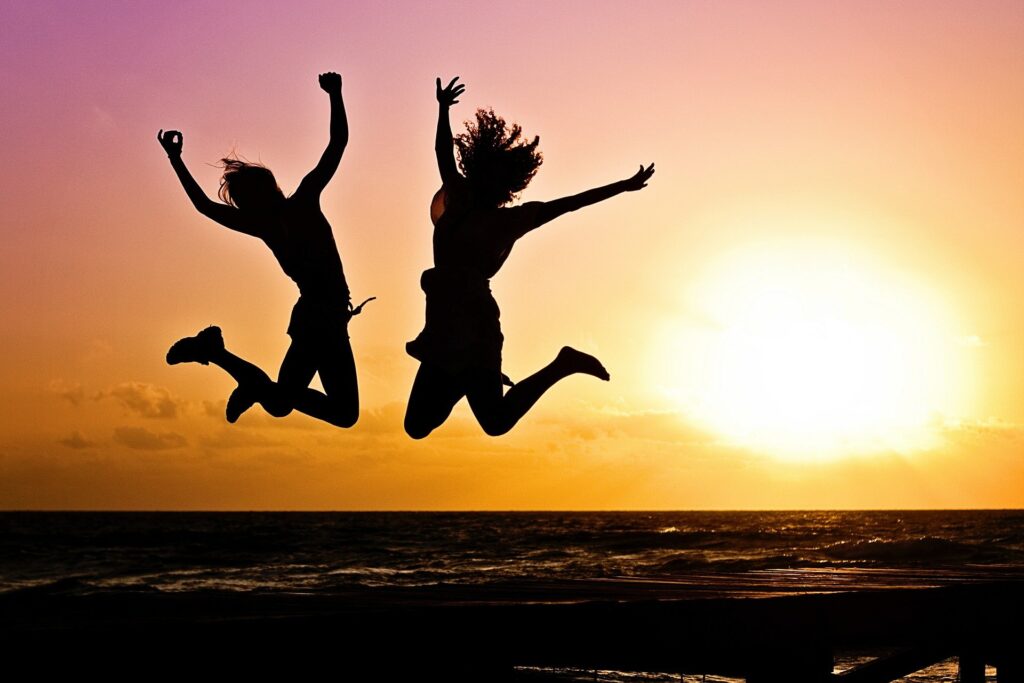 The Secular Humanist Concept of Freedom

Secular Humanists are greatly committed to the ideal of freedom. From Humanist Manifesto II

To enhance freedom and dignity the individual must experience a full range of civil liberties in all societies. This includes freedom of speech and the press, political democracy, the legal right of opposition to governmental policies, fair judicial process, religious liberty, freedom of association, and artistic, scientific and cultural freedom. It also includes a recognition of an individual’s right to die with dignity, euthanasia, and the right to suicide. We oppose the increasing invasion of privacy, by whatever means, in both totalitarian and democratic societies. (Humanist Manifesto II, Seventh)

We are committed to an open and democratic society. We must extend participatory democracy in its true sense to the economy, the school, the family, the workplace, and voluntary associations. Decision-making must be decentralized to include wide-spread involvement of people at all levels—social, political, and economic. All persons should have a voice in developing the values and goals that determine their lives. Institutions should be responsive to expressed desires and needs. The conditions of work, education, devotion, and play should be humanized. Alienating forces should be modified or eradicated and bureaucratic structures should be held to a minimum. People are more important than decalogues, rules, proscriptions, or regulations. (Humanist Manifesto II, Eighth)

As democratic secularists, we consistently defend the ideal of freedom, not only freedom of conscience and belief from those ecclesiastical, political, and economic interests that seek to repress them, but genuine political liberty, democratic decision-making based upon majority rule, and respect for minority rights and the rule of law. (Paul Kurtz, A Secular Humanist Declaration (Buffalo, NY: Prometheus Books, 1989)

Tonight, I want us to explore these principles in light of Scripture.

What is Right with These Statements?

Freedom is a biblical idea. God gave man free will. When God made man and placed him int eh Garden, God gave man the right to make his own decisions—We don’t find God’s forcing Adam and Eve to do the right thing, but he gave them a choice. Biblical instructions about how we should act strongly imply that we have free will—if we have no choice in the way we act, why would God tell us how to act?

Civil liberty is also valued in Scripture. “Consecrate the fiftieth year and proclaim liberty throughout the land to all its inhabitants. It shall be a jubilee for you; each one of you is to return to his family property and each to his own clan” (Lev 25:10)—Indentured servants were to be freed during the Year of Jubilee (Lev 25:39-43). “Were you a slave when you were called? Don’t let it trouble you—although if you can gain your freedom, do so” (1 Cor 7:21).

Because God has given us free will, we dare not impose our beliefs on others. We dare not force people to do what is right—God doesn’t do that with us. But because we shouldn’t impose our beliefs on others doesn’t mean that we should sit idly by and say nothing. We have a God-given responsibility to speak out on these matters—we can’t keep silent when it comes to abortion, homosexuality, euthanasia, Secular Humanism, and the like. We should be more than willing to engage individuals in dialogue and seek to persuade them of the truthfulness of Christianity, but we should never seek to coerce them into accepting truth.

Yet, there is must wrong with the Secular Humanist idea of freedom.

What is Wrong with These Statements?

If you notice in Humanist Manifesto II, freedom includes “a recognition of an individual’s right to die with dignity, euthanasia, and the right to suicide” (Humanist Manifesto II, Seventh). Their desire for rights to euthanasia and suicide can be seen in a press release from the American Humanist Association. The Supreme Court heard a case dealing with Oregon’s right-to-die law which was opposed by the Bush Administration. The AHA issued a press release which said

Aggressively challenged by the Bush Administration, the Oregon law, by aiming to provide comfort to the terminally ill, and by giving doctors latitude in making the dying process as comfortable as possible for their patients, makes death with dignity a reality. “This is not an issue of the ‘right to die,’ it is about comfort through the living years and providing the right to reasonable self-determination to those in unyielding pain during the last states of their life (“Religious Freedom at Risk in Death with Dignity Case,” http://www.americanhumanist.org/press/DeathWithDignity.SC.php (accessed October 8, 2005).

The root problem here is that the Humanists want to throw off ethical constraints and say, “Whatever I have the freedom to do is the right thing to do.” That is a gross misuse of freedom. I legally have the right to do many things: have an affair, abuse alcohol, and a multitude of other behaviors. However, my legal freedom to participate in an activity—even my moral freedom to participate in an activity—does not make that activity right.

“You, my brothers, were called to be free. But do not use your freedom to indulge the [flesh]; rather, serve one another in love” (Gal 5:13). Granted, Paul was speaking of religious freedom, viz., freedom from the Law of Moses. However, the principle applies quite well to this discussion—we need to use freedom responsibly.

The Humanists desire democracy. “In a democracy the will of the people is supreme” (Dennis Woods, Discipline the Nations (Franklin, TN: Legacy Communications, 1996), p. 11). Interestingly, Scripture does not endorse the idea of a democracy.

The biblical example of a government is a republic, not a democracy. In a republic, the people choose their representatives who then make law (Ibid., pp 11-12). Notice how that form of government, rather than an absolute democracy, is incorporated in biblical history. When Moses appointed judges over the people, he told the people, “Choose some wise, understanding and respected men from each of your tribes, and I will set them over you” (Deut 1:13). When the Grecian Jews were complaining that their widows were being neglected, the Twelve told the church, “Brothers, choose seven men from among you who are known to be full of the Spirit and wisdom. We will turn this responsibility over to them” (Acts 6:3).

Since the 1920s most politicians and school textbooks have referred to this nation as a democracy rather than a constitutional Republic (Robert L. Waggoner, “How the Secular State Distorts God’s Standard for the Nation,” Unpublished manuscript, p. 1).

Notice also the extent to which Humanists want to establish democratic rule: “We must extend participatory democracy in its true sense to the economy, the school, the family, the workplace, and voluntary associations” (Humanist Manifesto II, Eighth).

They want participatory democracy in schools.

How shall that work? Shall children have equal vote with their parents (Humanists “would give children authority equal to that of their parents in all family matters,” Robert L. Waggoner, “Sound the Alarm: The Goals of Humanism,” http://biblicaltheism.com/goals.htm (accessed October 9, 2005). Should parents take a vote to see what moral values are held in their home? How many kids are capable of making such decisions? Should parents take a vote to see whether kids should get to play outside next to a busy highway unsupervised?

Participate democracy in the school, in the family, and in the church would undermine the authority of teachers, parents, and God.

The preciousness and dignity of the individual person is a central humanist value. Individuals should be encouraged to realize their own creative talents and desires. We reject all religious, ideological, or moral codes that denigrate the individuals, suppress freedom, dull intellect, dehumanize personality. We believe in maximum individual autonomy consonant with social responsibility. Although science can account for the causes of behavior, the possibilities of individual freedom of choice exist in human life and should be increased” (Humanist Manifesto II Fifth).

Freedom through individual autonomy destroys the family as society’s basic unit (Robert L. Waggoner, “Sound the Alarm: The Goals of Humanism,” http://biblicaltheism.com/Goals_of_Humanism.pdf (accessed October 10, 2005). Because individual freedom involves pursuing one’s own sexual interests, families are becoming dramatically different-Many people today live together without marriage, many people live together as homosexuals, and many seek their sexual fulfillment outside of marriage. Because of individual freedom, husbands would not be the head of their families, nor would wives be subject to their husbands. Because of individual freedom, parents would not have authority over their children—children would be free to do as they pleased.

Individual freedom is not the highest achievement we can attain. The church involves individuals who have chosen to give up their autonomy and bind themselves together to look for the interests of others. “Do nothing out of selfish ambition or vain conceit, but in humility consider others better than yourselves. Each of you should look not only to your own interests, but also to the interests of others” (Phil 2:3-4). In other words, don’t just do, but consider how your behavior will affect others. That’s quite a bit different than the idea of autonomous individuals. Romans 14:13-18—Paul says that if what we do is going to cause brethren problems, it’s best not to participate in the activity. Freedom for the Christian is not an all-important activity, but one that can and should be given up on occasion.

According to Secular Humanists, “People are more important than decalogues, rules, proscriptions, or regulations” (Humanist Manifest II, Eighth). In other words, rules and regulations aren’t really that important—they aim ultimately at God’s Law, for “Decalogue” is another term for the Ten Commandments.

Speaking of the Old Testament law, Paul said, “I would not have known what sin was except through the law” (Rom 7:7). Although Paul speaks specifically of the Old Testament law, an important principle is at work here: God’s law serves to inform man of the moral standards which flow from God’s character. The law, then, allows man to do what is right and wrong and what he needs to do to have fellowship with God.

Are you obedient to the law of God? Do you need to come and pledge obedience to that law tonight?