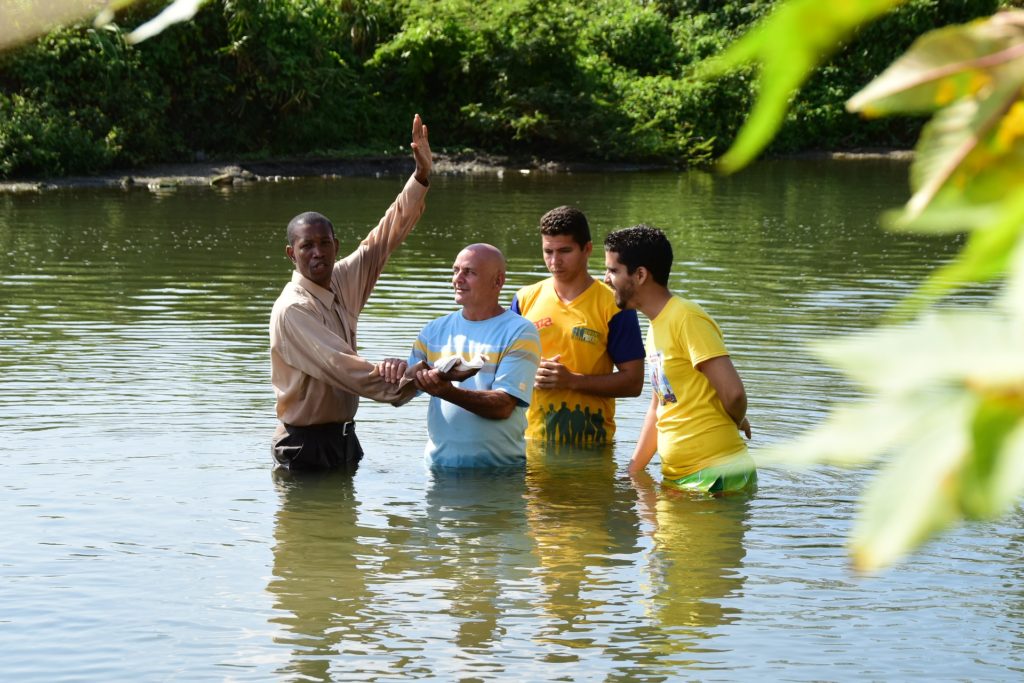 An eight-year-old child responds to the invitation to request baptism. He knows more than anything he wants to be a New Testament Christian, and he knows only baptism will make him one. He answers affirmatively that he truly believers that Jesus Christ is the Holy One of God, the Savior of the world. Following his confession, he is baptized in water.

A lady responds to the invitation to place membership with a congregation of the Lord’s church after being a member of a denomination for many years. She has been immersed but not for the remission of her sins. Does she need to be baptized?

“Rebaptism” has been a touchy issue in the brotherhood for several years. Many teach differently on this issue.

Some teach if one is not baptized by a faithful member of the Church of Christ, in a Church of Christ baptistery, with a certain baptismal formula pronounced over him, he is not a Christian. I know of a church in Alabama who refuses to fellowship with a former member of a denomination who claims to have been baptized for the remission of his sins. He knows the New Testament teaching. He believes the New Testament teaching. But this church refuses to fellowship with him, because he was baptized in a denomination for the remission of sins.

Neither view can be supported with the New Testament.

We need to discuss “rebaptism,” because many have been improperly baptized.

“Improper baptism” covers a lot of territory. In speaking of “improper baptism,” I speak to two main groups. I speak first of all to those baptized at a young age and wonder about the validity of their baptism. I also speak of those baptized in denominations for purposes other than for the remission of sins.

Many denominational groups do not baptize for the remission of sins. I have spoken with many people who consider baptism an action which follow salvation. Many of them believe in being saved at the “mourner’s bench.” Many may respond to the invitation, and it is here at the “mourner’s bench” that they “receive Jesus as the Lord of their lives.” The minister often prays a prayer something like this: “Lord, these people here are now confessing they know they are unsaved; so, they are now accepting Christ as their personal Savior, and they are here claiming Jesus as Lord. Save them in the blood of Christ and make them Christians.” These honest, sincere people, believing they were saved in that prayer, are baptized a few days or a few weeks later.

Scripture never speaks of baptism in this manner.

Many children who are baptized are not baptized to meet the blood of Jesus.

Some children are baptized simply to please other people. Some parents pressure their children. The child is baptized, but not out of a true conviction of the love of Jesus. Some children may be baptized to get a preacher off his back, be more grown up, to get to serve communion, or to deal with other pressures.

Many children are baptized with an insufficient knowledge. One doesn’t need to know a great deal in order to be scripturally baptized. In Acts 2, we read of 3,000 who obeyed the Gospel after one sermon. In Acts 8, we learn of an Ethiopian eunuch who was confused over Isaiah’s prophecy concerning Jesus. Later the same day, he was baptized into Jesus. Many more examples could be given of those who knew very little when they were baptized into Jesus.

New knowledge does not necessarily negate baptism. We are to grow in Jesus. We need to spend time daily learning more of his will for us. These new revelations do not make us non-Christians.

However, God does require certain actions prior to baptism which are sometimes difficult for young children to perform.

It may be difficult for a child to believe in the Deity and Sonship of Jesus.

God requires us to repent of our sins. We must have a conviction of sin, change our mind concerning sin, and turn to God from sin before we can be baptized. Peter told the crowd at Pentecost, “Repent, and be baptized” (Acts 2:38). Repentance comes before baptism. Paul assured those at Mars Hill, “The times of ignorance God overlooked, but now he commands all men everywhere to repent, because he has fixed a day on which he will judge the world in righteousness by a man whom he has appointed, and of this he has given assurance to all men by raising him from the dead” (Acts 17:30-31).

This repentance comes from a conviction of sin, a regret for transgressing the will of God. “Godly grief [or godly sorrow] produces a repentance that leads to salvation” (2 Cor 7:10). This godly grief comes from an understanding that sin separates from God (Is 59:2) and brings death (Rom 6:23). One cannot be baptized until he has repented.

Great care must be taken when baptizing young children. Wayne Jackson has called this “semi-infant” baptism. It is dangerous. We must not be quick to baptize a young child His belief and repentance must come as a result of his own conviction, not that of his parents. When baptizing children, I’ve always had them write out in their own words why they are being baptized and place it in a sealed envelope; if they later have doubts about the validity of their baptism, they can open up that envelope and understand their thinking when they were baptized.

The Beauty of Christian Baptism

I have seen many beautiful things in my life. I will never forget seeing the earth from an airplane. Many of the sights are hard to describe to those who have never seen them firsthand. The clouds look as though they are cotton. The view of towns from the air is stunning. I could not begin to describe the beauty of the Rocky Mountains. But I have never beheld anything more beautiful than Christian baptism.

Baptism is beautiful because it places one in Christ.

David reminds us what a blessing God’s forgiveness is. “Blessed is he whose transgression is forgiven, whose sin is covered. Blessed is the man to whom the Lord imputes no iniquity, and in whose spirit there is no deceit” (Ps 32:1-2). David knew the joy of being forgiven. After sleeping with Bathsheba, killing Uriah, lying, David still found forgiveness with God.

However, this new creation is found in Christ only through baptism. Ananias asked Saul, “Why do you wait? Rise and be baptized, and wash away your sins, calling on his name” (Acts 22:16). I have confused many people using this verse. They have been taught that Saul was already a Christian; they must reconcile how a Christian can have sins which need to be washed away in baptism. No one has been able to answer that problem. No one will ever be able to answer that problem, because Saul was not a Christian until he was baptized into Jesus Christ for the remission of his sins.

Baptism is beautiful because it places one in the right relationship with God. It saves.

“Baptism . . . now saves you, not as a removal of dirt from the body but as an appeal to God for a clear conscience, through the resurrection of Jesus Christ” (1 Pet 3:21). I have heard denominational preachers try to get around this verse, but Peter says, “Baptism now saves.” That is a declaratory sentence, a statement of fact.

The Example of Rebaptism

Scripture gives us an example when dealing with “rebaptism.”

This is a strange story for some. Paul taught in Ephesians 4:5 that there is one baptism, but here we find his baptizing disciples twice. These disciples were baptized into John’s baptism, a baptism for the forgiveness of sins (Mk 1:4; Lk 3:3).

Why on earth were these disciples baptized again? Because John’s baptism was “out of date.” John referred to himself with Isaiah’s words: “The voice of one crying in the wilderness: Prepare the way of the Lord, make his paths straight” (Lk 3:4). John taught his disciples to follow Jesus. Apparently, after Jesus’s death those who were baptized with John’s baptism were not saved; John had completed his role.

Some claim “rebaptism” places too much faith in the water and not in Jesus. Not so. When one is “rebaptized” he realizes that he never obeyed the Lord in baptism, and he places his faith in Jesus who has promised to forgive our sins when we do what he asks.

If you need to make your heart right with God, do that now.

This sermon was originally preached by Dr. Justin Imel, Sr., at the Florence Boulevard church of Christ in Florence, Alabama.