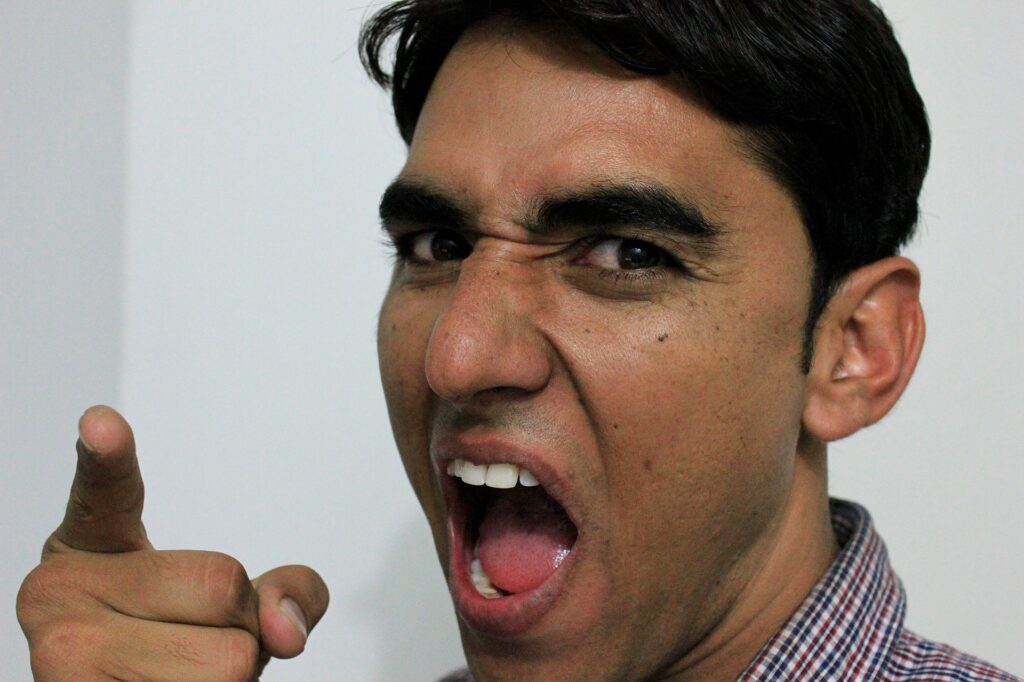 When Your Anger is a Problem

When it is too frequent.

There are many situations in which becoming angry is justifiable and proper. However, we often get angry when it is not necessary or useful. You must begin to make a distinction between the times when it is all right to be angry and when getting angry isn’t such a good idea.

When it is too intense.

Anger is something that occurs at different levels of intensity. A small or moderate amount of anger can often work to your advantage. But high degrees of anger seldom produce positive results.

When it lasts too long.

When anger is prolonged, you maintain a level of arousal or stress that goes beyond normal limits. We often think of this as “making too much of something.” When anger does not subside, your body’s systems are prevented from returning to normal levels, making you susceptible to further aggravation and annoyance. It becomes easier to get angry the next time something goes wrong. Furthermore, when anger lasts too long, resolution of conflict becomes more difficult and eventually impossible.

When it leads to aggression.

Aggressive acts are sure to get you into trouble. When you feel you have been abused or treated unfairly, you may want to lash out at the person who has offended you. Anger, particularly when intense and personal, pushes for an aggressive response. Your muscles get tense, your voice gets louder, and you clench your fists and stare sharply. There is then a greater tendency to act on impulse. Verbal aggression—like calling someone a jerk—and physical aggression are ineffective ways of dealing with conflict. If your anger makes you aggressive, you have a major problem.

When it disturbs work or relationships.

When your anger interferes with doing a good job or makes it hard for people to relate to you, then it becomes costly. It prevents concentration on your work and keeps you from being satisfied with your job. Anger often repels people and makes it difficult for them to like you.