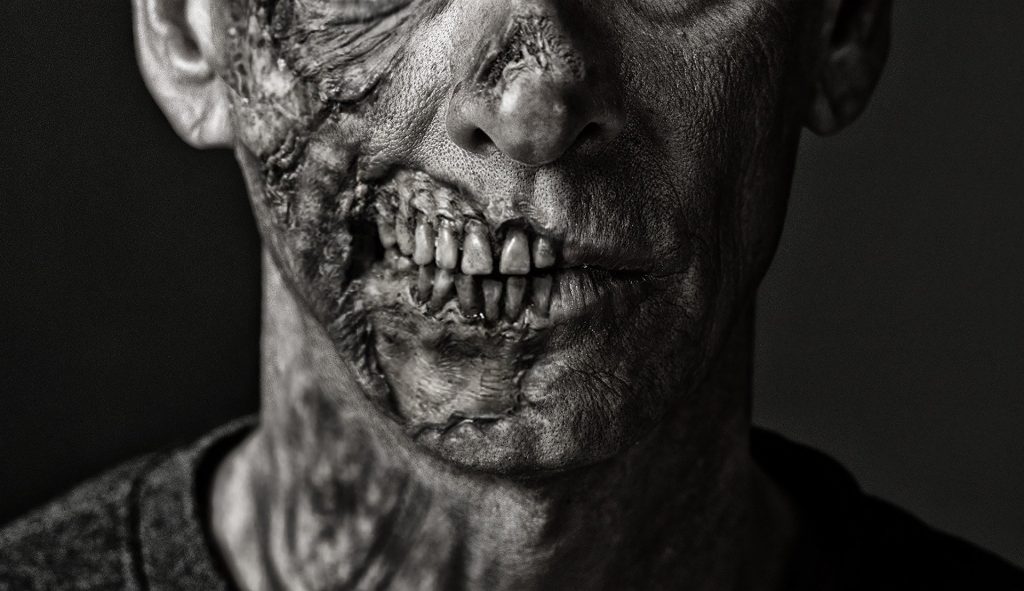 I saw several neurologists while doctors were trying to diagnose my neuromuscular issues. For some reason, one doctor thought I had muscular dystrophy, so I needed a muscle biopsy for diagnosis.

So, one morning, Tammy and I reported to West Virginia University Hospital so Dr. Gutmann could take a piece of muscle from my left leg. Because of the chemicals used on the muscle in the laboratory, no anesthesia of any sort can be used in the procedure—not general and not even local. Dr. Gutmann took a scalpel and began cutting on my left leg, and I could feel everything.

Once she made the incision, Dr. Gutmann took a probe and jammed it down in my muscle and yanked out a piece of tissue. That’s the worst pain I’ve ever experienced. The pain was so intense that everything in that OR began going black. One of the nurses realized I was about to pass out and began rubbing my head with a cold washcloth. That procedure was beyond horrible.

Every one of you has experienced physical agony. Many of you sisters know the pain of childbirth. Others of you have experienced broken bones or kidney stones or surgery or burns or something else.

This morning’s text is about a man in intense agony—worse agony than a muscle biopsy or childbirth or a broken bone or anything else in this world. In fact, this man in agony is dead, but he’s very much alive. He is “The Living Dead.”

Today is Halloween, and people like to tell scary stories. I thought this morning that we would look at a very scary story about a man in torment who is “The Living Dead.” As you look at this scary story, you find “The wicked suffer intense agony after death.”

verses 22-23:
After the rich man died, he was tormented in Hades. Hades is the unseen realm of the dead. It is the waiting place for departed souls until the Judgment. As this text makes clear, there are two divisions in Hades—one for the righteous and one for the wicked.

The rich man was in torment. The Greek term for “torment” means “torture.” The word was used for the rack that was used as a torture device. This rich man was facing intense suffering.

This verse provides an image of the rich man’s torment. He was in a terrible flame and begged Abraham for just a drop of water. The rich man said he was in anguish. The Greek term for “anguish” is in the present tense and indicates constant suffering. In other words, the rich man’s suffering would never end.

Abraham called the rich man “child”—He was a descendant of Abraham, part of God’s chosen people That did not keep him, however, from going to torment.

Abraham told the rich man to remember his life. His memory of his earthly life continued even after death.

A great chasm had been fixed. The form of the verb for “fixed” indicates something which is firm and unmovable. The verb is also a what’s called a “theological passive,” meaning God did the fixing. Because of the great chasm, there could be no leaving the state one entered when he died—one was, for lack of a better term, “stuck.”

The rich man was concerned about his brothers, lest they followed him to torment. The rich man could not only remember his life on earth, but he knew his brothers were in danger of being lost.

The rich man’s brothers had Moses and the Prophets—the holy scriptures—to guide them away from torment.

We could tell no scarier story this Halloween than of a man who is “The Living Dead.” Yes, eternal separation from God is called “the second death” (cf. Rev 21:8). However, even in that “second death,” there is constant consciousness. In that constant consciousness, there is great agony. In fact, “The wicked suffer intense agony after death.” What should you do because “The wicked suffer intense agony after death?”

In other words, you guide family and friends away from torment. The rich man became concerned about his five brothers after he died and ended up in torment. There was absolutely nothing that prevented the rich man from reaching out to his family before he died, but he waited until it was too late to do anything.

Don’t you wait until you’re dead to worry about your family—do something today! Fathers are to “bring [their children] up in the discipline and instruction of the Lord” (Eph 6:4). Yet, you don’t need to be a father to be worried about the salvation of your family and friends. After he realized Jesus’s identity, Andrew told his brother Simon, “We have found the Messiah” (Jn 1:41). When Jesus cast a demon out of a man, the Lord told the formerly possessed man, “Return to your home, and declare how much God has done for you” (Lk 8:39).

Give serious thought to this question: Who in your family is in danger of dying lost? In your family, who is outside of Jesus? Who would go to torment this very day if he were to die?

In other words, you study Scripture—you perceive the truth about God. When the rich man asked for Lazarus to warn his family, Abraham replied, “They have Moses and the Prophets; let them hear them.” Abraham greatly implied an important truth: The word of God will keep one from going to that place of torment.

Scripture was written, in part, to keep you from torment. “The sacred writings . . . are able to make you wise for salvation through faith in Christ Jesus” (2 Tim 3:15). When Paul wrote to the Corinthians about the punishment which came upon the ancient Israelites, he said, “These things happened to them as an example, but they were written down for our instruction” (1 Cor 10:11).

This coming week, you need to study Scripture and be warned about the reality of torment until the Judgment and hell forever thereafter. Jesus described hell as a place “where their worm does not die and the fire is not quenched” (Mk 9:48). Hell is a place of “outer darkness” and a place where people weep and gnash their teeth (Matt 25:30). Hell is a place of “eternal punishment” (Matt 25:46). Those who are lost “will suffer the punishment of eternal destruction, away from the presence of the Lord and from the glory of his might” (2 Thess 1:9). John symbolically described hell this way: Revelation 14:9-11.

You need to take serious time this week reading and contemplating these and other texts and be warned about an eternity apart from God.

You need to imagine—to picture—what torment is like. I want you to picture yourself in that great torment. Spend time picturing:

I do believe that torment is far, far more horrible that you can fathom. However, Jesus provided a small glimpse into that scary world. Using your imagination and Jesus’s description, you need to place yourself in that horrible place and ask yourself if that’s the eternity you want.

If you don’t wish to see that horrible world, there’s only one way to avoid it: Be righteous. You see: “The wicked suffer intense agony after death.” The rich man was wicked—He had an abundance of this world’s goods, saw Lazarus’ suffering, and did nothing about it. If you are wicked, you will suffer intense agony when you leave this world.

If you wish to escape torment and hell, you need to be righteous. As Jesus told of the Final Judgment, he said “the righteous” would inherit the kingdom prepared from the foundation of the world (Matt 25:37).