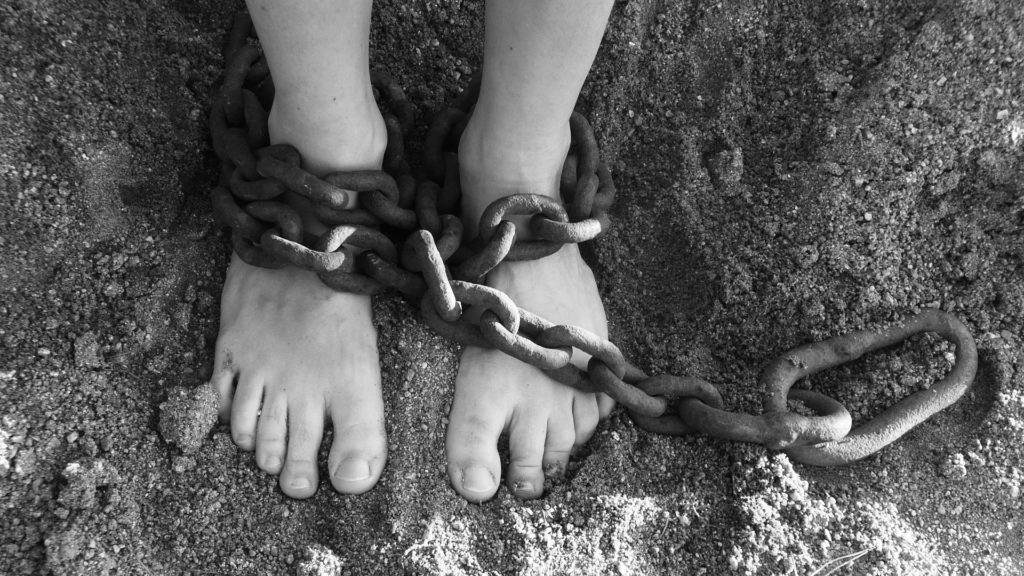 You are a slave of sin or of righteousness. There is no middle ground. You either obey the lusts of the flesh or the God of the universe. It’s all or nothing.

What do you want to do with your life? Paul does not want these Christians to be uninformed. He wants them to understand what their lifestyles should involve, and he describes the life of a righteous slave in our text. A righteous slave lives:

We present ourselves as slaves to whom we choose; we resolve ourselves. “You are slaves of the person whom you have chosen to obey” is how William Barclay translated verse 16.

God has always allowed man to choose him. God placed the Tree of Knowledge of Good and Evil in the garden to give Adam and Eve a choice. God did not create robots who have no choice but to obey him. He wants man to obey him by choice.

We hear so much about choice. “A woman should have a choice, as to whether or not she has an abortion,” they say. Americans, in general, say, “No rules. Let me decide how to live my own life.”

We seldom keep these resolutions because we just aren’t committed to making them work.

Paul says this is not the Christian’s resolution: “You who were once slaves of sin have become obedient from the heart” (Rom 6:17). You gave everything you had to Jesus Christ, and you belong to him.

Paul himself had this commitment. “I have been crucified with Christ; it is no longer I who live, but Christ who lives in me; and the life I now live in the flesh I live by faith in the Son of God, who loved me and gave himself for me” (Gal 2:20). Paul totally gave himself to Christ.

This resolution is a life-long commitment. Paul never looked back. Jesus said, “No one who puts his hand to the plow and looks back is fit for the kingdom of God” (Lk 9:62).

If anyone could talk of the reformed life in Christ, it was Paul. In the Book of Acts, we read of a very zealous young man named Saul of Tarsus. Saul aided in the death of Stephen, one of the first deacons, by holding the coats of those who stoned him. “Saul was ravaging the church, and entering house after house, he dragged off men and women and committed them to prison” (Acts 8:3). Paul himself said “I punished them [Christians] often in all the synagogues and tried to make them blaspheme; and in raging fury against them, I persecuted them even to foreign cities” (Acts 26:11).

But Paul reformed. In Acts 9:20, we learn Paul preached Christ immediately in the synagogues. Paul was a determined and faithful gospel preacher. Paul possibly died for the faith which at one time he killed others for having.

This is the change for which Paul pleaded with the Romans. Paul told the Romans, “When you were not a Christian, you lived that way.” You lived the way you chose to live and made no attempt to live under the Kingship of Yahweh. You indulged in sin and made no consideration of what sin was doing to your relationship with God.

But now, you are slaves of righteousness. Paul goes as far as to call us “slaves of God” in verse 22. The idea of slavery strongly suggests the thought of possession, ownership. Paul is saying that we belong to God.

In 1 Corinthians 6:19-20, Paul said, “You are not your own; you were bought with a price. So glorify God in your body.” Paul was dealing with the problem of sexual immorality within the Corinthian church. Paul is saying, “It is not your own decision as to whether or not you will engage in sexual immorality. Because you belong to God, it is his decision.” When we pledge ourselves to Jesus Christ, we give up the right to make our own decisions. We take his Word as our guide and live within its parameters.

Paul compares this change to death (Rom 6:11-13). Death means separation. We mourn the loss of a loved one because of separation. We miss him. We want her with us, but she is separated from us by death.

Paul says so it is with sin. You once lived in it; you died through baptism; so now, you are separated from it. You do not live in sin. It is gone.

Therefore, you cannot allow sin to reign in your mortal body. You are not the same; you belong to Christ. Shortly after Augustin became a Christian, he saw a former mistress in the street. He avoided her, but she cried, “Augustine, it is I.” “Yes,” he replied, “but it is not I!” When temptation knocks on the doors of our heart, we must answer, “It is not I!”

Brethren, we are to die to sin and live like Jesus. Our lives are not to be the same after we obey the Gospel. Baptism is life-altering.

Paul says this elsewhere in the New Testament. “Those who belong to Christ Jesus have crucified the flesh with its passions and desires” (Gal 5:24). “If any one is in Christ, he is a new creation; the old has passed away, behold, the new has come” (2 Cor 5:17).

Paul says that we don’t receive a reward, but a gift. Paul uses two distinct Greek terms here. “For “sages” Paul uses a soldier’s pay. This pay was earned by hard work and it could not be taken from the soldier. For “gift” he uses a word for the emperor’s gift to the army. The emperor would give this gift on his birthday, the anniversary of his ascension to the throne, and other such special occasions. The soldier had done absolutely nothing to receive it. The gift was given by the emperor’s kindness.

We do not get what we deserve. We deserve death. Paul takes great care in the first three chapters of Romans to impress upon the Roman Christians that all—Jew and Gentile—struggle with sin. “None is righteousness, no, not one” (Rom 3:10). “All have sinned and fall short of the glory of God” (Rom 3:23).

We tend to tell God, “I’m doing it my way. I’ll do as I please.” If God dealt justice on Judgment Day, we would all be lost. “All our righteous deeds are like a polluted garment” (Is 64:6). Nothing we do can be compared to the atoning work of Jesus Christ. “Not the labors of my hands can fulfill the laws demands; could my zeal no respite know, could my tears forever flow; all for sin could not atone; Thou must save, and thou alone.”

It is only through the grace of God that we have any hope. Paul wrote in Ephesians, “For by grace you have been saved through faith; and this is not your own doing, it is the gift of God—not because of works, lest any man should boast” (Eph 2:8-9). And again Paul wrote, “By the grace of God I am what I am” (1 Cor 15:10). Paul recognized that it was only through God’s goodness that he could do anything worthwhile.

Paul says that we will live in heaven forever with God. What a gift! “We know that if the earthly tent we live in is destroyed, we have a building from God, a house not made with hands, eternal in the heavens” (2 Cor 5:1). “My God and I will go for aye together, We will walk and talk as good friends should and do, This earth will pass and with it common trifles, But God and I will go unendingly.” That is the promise of God to his faithful slaves.

What are you doing with your life? Scripture says that you are either a slave of sin or a slave or righteousness.

If you need to come, come right now.

This sermon was my senior chapel address at International Bible College.