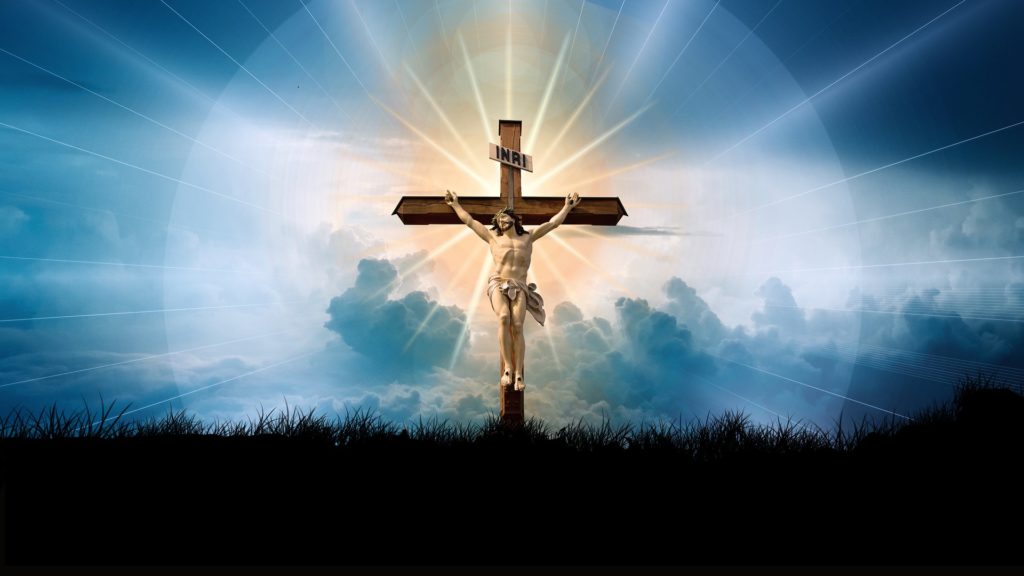 In Washington, D.C., a friendly undertaker closes all his correspondence with “Eventually yours.”

We know we shall die: “It is appointed for men to die once” (Heb. 9:27). The thought of dying scares us terribly; therefore, we take care of ourselves. We exercise and eat right. We have an annual check-up with a doctor. Regardless of all we do, we shall die.

The Bible speaks of the “greatest” death, the death of Jesus. Let’s examine what the Bible teaches concerning his death.

Christ died for us when we were without strength.

“Without strength” refers to those who are sick, feeble, weak. In this context, the word carries the connotation of “helpless.” Before Jesus died for us, we were helpless.

Christ died for us in due time.

Jesus came and died at just the right time: “When the fullness of time had come, God sent forth His Son” (Gal. 4:4). God providentially prepared the world to receive his Son. The peace brought about by the Roman Empire made it possible for Christian missionaries to move from city to city. The excellent roads of the Roman Empire made travel possible. The world had a universal language—Greek.

Christ died for the ungodly.

Men generally do not die for one another.

Scarcely for a righteous man will one die. One who is righteous does what justice and the law require. Few would be willing to die for a man such as this.

One might die for a good man. One who is good does not just do what justice and the law require. This is one who does what kindness and mercy suggest—This is one willing to go the extra mile. A few might be willing to die for this man.

There have been occasions where men did die for one another. Men have bravely died in war to protect the rights of others. Many stories from Nazi concentration camps tell how one prisoner would die to save another. Although some men have died for others, they are the exception rather than the rule.

God demonstrates his love toward us through Jesus’ death.

Love which does not demonstrate itself is no love at all. If a husband never showed any affection for his wife, she would probably think that he did not love her. We exhibit our love through our actions—We give flowers and candy.

God demonstrates his love in that while we were yet sinners Christ died for us. When Jesus died, man was returning evil for good. Man was in sin and showed no desire to leave sin when Jesus died. “For us” means on our behalf, for our benefit. Jesus’ death benefits us.

We have been justified by the blood of Jesus.

We shall be saved from wrath through Jesus.

God’s wrath will come upon the world. “The wrath of God is revealed from heaven against all ungodliness and unrighteousness of men” (Rom. 1:18). “The wrath of God comes upon the sons of disobedience” (Eph. 5:6). Through Jesus we shall be saved from wrath.

We have been reconciled to God.

We had been enemies of God. The sin in which we lived made us God’s enemies. Because God is absolutely holy, he had no choice but to regard us as enemies.

But we have been reconciled through the death of Jesus. “To reconcile” means to bring back together. Because of Jesus’ death, we are able to have a relationship with God.

We shall be saved by Jesus’ life.

We were brought back to God through Jesus’ death. His continued life brings our salvation. The work of Jesus was not completed at his death. He was raised back to life, and he provides our salvation.

Paul and those with him rejoiced in God through Jesus.

Jesus brings rejoicing into our lives. After the Ethiopian eunuch had been baptized, he went on his way rejoicing (Acts 8:39). The dispersed Christians to whom Peter wrote rejoiced “with joy inexpressible and full of glory” (1 Pet. 1:8) in the midst of persecution.

We have every reason to rejoice in Christ. We stand justified before God. Our relationship with God has been reconciled.

Has Jesus’ death benefited you?

Are you rejoicing in Christ?