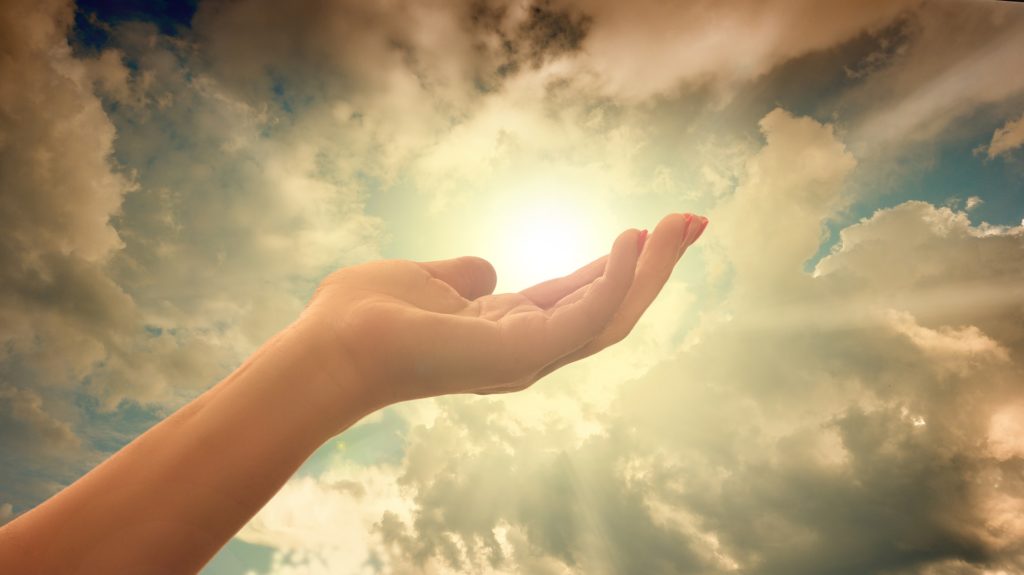 In short, that’s what it means that we have been justified—God has taken us who are guilty and he has pardoned us. “Justify” in the Greek means “to treat as righteous” or “to vindicate.” Thus, justification means that even with my sin God considers me as just and righteous.

“Justify” is often in the passive in biblical literature. When a verb is passive, the subject has the action done to him; the subject doesn’t do the action. Thus, God justifies me; I cannot justify myself.

In the text we have chosen for this morning, Paul speaks a good deal about justification. He tells us two important concepts concerning justification:

“For there is no distinction; since all have sinned and fall short of the glory of God.”

Social tensions were a problem in the Roman church. Most all the first Christians in Rome were Jews; yet, in the 40’s, Claudius, the Roman emperor, expelled the Jews from Rome (cf. Acts 18:2). The church was composed almost entirely, then, of Gentiles. But, when Claudius died, and his edict was revoked, many Jews returned to Rome. So, you had Jews and Gentiles in the same congregation. The Jews wanted to keep the Mosaical Law, and the Gentiles wanted nothing to do with it. So, you had a problem with these two groups.

In these verses, Paul—with a stroke of genius—says, “I don’t care who you are—Jew or Gentile—there is no distinction, since all have sinned and fall short of the glory of God.” Paul here refers both to the past and to the present. “Sinned” is past tense—we sinned in the past. “Fall short,” however, is a present verb. and it denotes action in the present. Paul says that we fall in the present; even though we are children of God, we sin.

We have all sinned and are coming short of what God intends for us. Notice what Paul says in verses 9-18.

At a church where D. L. Moody, the famous denominational preacher, was invited to preach, he was warned that some of the congregation usually left before the end of the sermon. When Mr. Moody rose to begin his sermon, he announced, “I am going to speak to two classes of people this morning: first to the sinners, and then to the saints.” He proceeded to address the “sinners” for awhile, and then said they could leave. For once every member of the congregation stayed to the end of the sermon.

But, isn’t the truth that we are all sinners? Isn’t that precisely why we need justification?

We have justification through Jesus.

They—both Jews and Gentiles—are justified by his grace as a gift.

God put Jesus forward as an expiation by his blood, to be received by faith. “Expiation” in Greek refers to the appeasement of a deity. An expiation was something man put forward to keep the gods happy, or at least, not angry with man. Interestingly, in pagan religions, mankind had to attempt to find some expiation to appease the gods. However, in Christianity, man doesn’t bring forth an expiation—God is the One who puts forward the expiation.

This expiation comes through Jesus’ blood. Jesus’ blood has the power to remove sin. God chose by Jesus “to reconcile to himself all things, whether on earth or in heaven, making peace by the blood of his cross” (Col. 1:20). Those who came out of the great tribulation “have washed their robes and made them white in the blood of the Lamb” (Rev. 7:14).

M. R. DeHann once wrote, “The Bible is a book of blood . . . wholly distinct from all other books for just one reason, namely, that it contains blood circulating through every page and every verse. From Genesis to Revelation we see the stream of blood.”

The Revised Standard Version says that God’s sending Jesus showed his “righteousness.” However, the term translated “righteousness,” although it can refer to being right, can refer to justice. One definition given in Greek lexicons for this word is “the business of a judge.” I wonder if that’s not how we should see the term here—God, because he is just, cannot just overlook sin, and he demands justice. That justice is seen in Jesus.

Paul seems to have envisioned someone boasting, “I’m justified. I’m right with God.” Paul says, “Wait just a minute. That justification you have doesn’t come through the works you do; it comes through faith. You don’t have any right to boast.”

Paul then takes another step: “We hold that a man is justified by faith apart from works of law.”

Justification does not come through keeping the law. Interestingly, the article “the” does not appear in Greek, nor does it appear in the Revised Standard Version. When an author wanted to refer to a specific object, he would use the article; if Paul had wanted to say, “Man is not justified based on the Old Testament law” he would have used the article, and the Greek would read “the law.” When an author wanted to stress quality or character of a thing, he did not use the article, like here. Thus, Paul wanted to stress the quality and/or character of the law. What Paul seems to be saying is this: “Look, man doesn’t become right before God by keeping a bunch of regulations, whether we are talking about the Old Testament law or some law like it.

God will justify both the Jew and the Gentile on the basis of their faith. Throughout the New Testament, we are taught that man is justified by faith, not by works. “Since we are justified by faith, we have peace with God through our Lord Jesus Christ” (Rom. 5:1). “So that the law was our custodian until Christ came, that we might be justified by faith” (Gal. 3:24). Thus, our faith makes us right before God, regardless of who we are.

I know what you might be thinking: “Justin has preached unscripturally this morning, because he’s preached about being saved by faith, and he’s not mentioned any obedience.” I’ve chosen to preach only this text this morning, and this passage only mentions faith, no other response by man.

I do think one appropriate question to ask is: “Did Paul believe one just had to believe God and had to do nothing else?” You know quite well that’s not the truth.

The Book of Romans—from which we have studied this morning—makes quite clear there are requirements for man other than faith.

Why, then, would Paul talk about justification by faith and not mention, in that passage, any other requirements? It’s because faith is fundamental. “Without faith it is impossible to please him. For whoever would draw near to God must believe that he exists and that he rewards those who seek him” (Heb. 11:6). Without faith there will be no obedience, there will be no salvation. Unless one comes to faith, he will never turn from sin or be baptized into Christ-he won’t believe he has a need to be.

Do you this morning need to be justified by faith? Do you desire to put your faith into action?