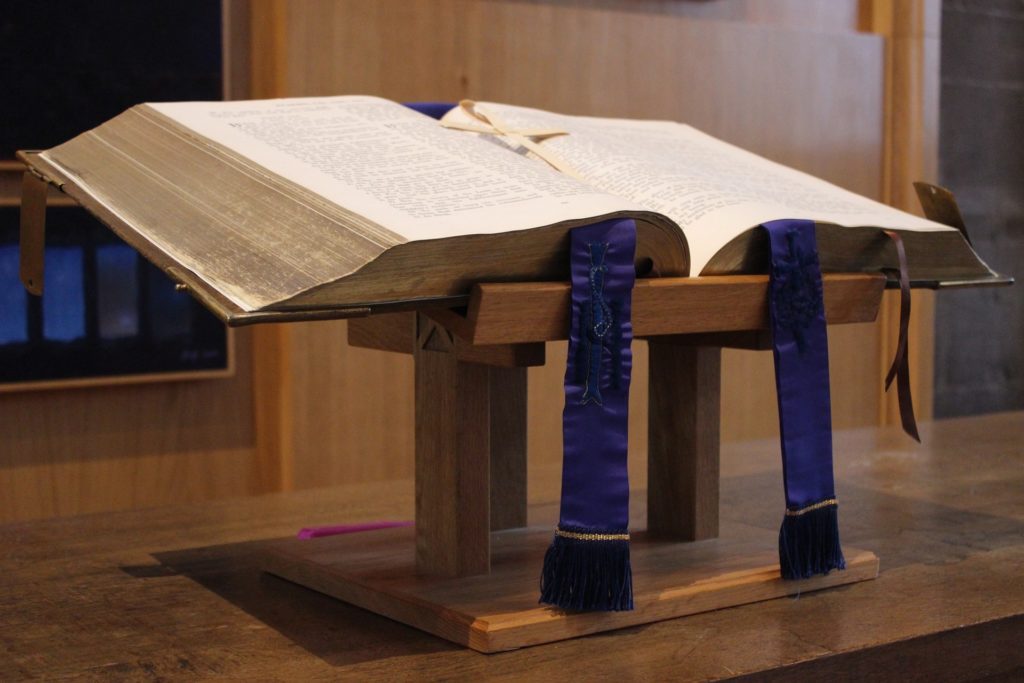 Denominational preachers of an earlier time happily preached the gospel. Charles Spurgeon, an outstanding Baptist orator of an earlier century said this, “People have often asked me, ‘What is the secret of your success?’ I always reply that I have no other secret but this, that I have preached the gospel—not about the gospel—but the gospel; the full, free, glorious gospel of the Living Christ, who is the Incarnation of the Good News. Preach Christ, brethren, always am everywhere.” W. A. Criswell, another Baptist preacher, said that during World War II in England, his church continued to grow while other Baptist churches saw decline. Baptist associations throughout the country wanted to know the secret of his success in growing a church during such great upheaval. Criswell would meet with other Baptists, and he would say, “Preach the word, brothers. And God will bring the increase.”

“I am obligated both to Greeks and non-Greeks, both to the wise and the foolish.”

The King James Version says, “I am debtor both to the Greeks, and to the Barbarians.” Why does Paul consider himself obligated or a debtor to preach the gospel?

He mentioned in his self-description back in verse 1 that he was “a servant of Christ Jesus.” Being a servant of Jesus Christ involves a lifestyle of obedience to the Lord Jesus. When Satan tempted Christ, the Lord said, “Away from me, Satan! For it is written: ‘Worship the Lord your God’ and serve him only'” (Matt. 4:10). In other words, Jesus said, “Look, you devil, I can’t serve you with part of me and serve God with the other part. I need to be wholly dedicated to God.” When Paul said that he was a servant of Christ, he was saying that he was wholly dedicated to Christ. Jesus addressed proper service in yet another place: “No servant can serve two masters. Either he will hate the one and love the other, or he will be devoted to the one and despise the other. You cannot serve God and Money” (Lk I6:13). If we’re to be servants of Christ, we must be wholly dedicated to him. Because Paul had pledged to obey Christ and the Lord commanded the preaching of the gospel (cf. Mk. 16:15), Paul was under obligation to preach the gospel.

Paul was also under obligation because, according to verse 5, he had “received grace and apostleship to call people from among all the Gentiles to the obedience that comes from faith.” When the Lord called Paul to apostleship, the Lord intended for him to preach the gospel; notice what the Jesus told Paul when he appeared to him on the way to Damascus (Acts 26:15-18). Because Paul had been called in a special way to preach to Gentiles, he felt an obligation to carry out that commission.

Paul’s obligation was to preach the gospel both to Greeks and non-Greeks, to the wise and the foolish. Greeks considered everyone who wasn’t a Greek a barbarian, “Barbarian” actually came to mean something like ”non-Greek,” and that’s why the New International Version translates this as non-Greek. The Greeks also considered themselves as wise and everyone else as foolish.

Paul’s desire to preach the gospel to Greek and non-Greek, to wise and foolish, shows the universality of the gospel. The gospel, in other words, is for all peoples. “Go and make disciples of all nations” (Matt. 28:19). “Here there is no Greek or Jew, circumcised or uncircumcised, barbarian, Scythian, slave or free, but Christ is all, and is in all” (Col. 3:11).

The church at Rome seems to have struggled with ethnic differences; the Jews claimed they were superior to the Gentiles, and the Gentiles claimed they were superior to the Jews. Paul says, “No, you’re not ” This nation has struggled with racism, but such has no place among the people of God, for the gospel is for all peoples, black, white, Hispanic, Asian, whatever.

How eager are we to preach the gospel? Granted, you women couldn’t stand here and preach if you wanted to, and many of you guys would die of fright before you could finish.

But I’m not talking about that kind of preaching. Are you eager to share your faith with your co-worker or your neighbor? Are you eager to say, “We’re having a meeting in a couple weeks. Why don’t you come and go with me?” Are we eager to do what we can to further the kingdom?

Why was Paul so eager to preach the gospel in Rome? “I am not ashamed of the gospel, because it is the power of God for the salvation of everyone who believes: first for the Jew, then for the Gentile.”

Paul was not ashamed of the gospel, but he had every reason to be ashamed. Many scholars believe that Paul was married, but his wife abandoned him when he came to Christ, and there’s good reason to believe that’s the case. Prior to his conversion, Paul was making headway in the political hierarchy of Judaism. Paul would end up being beaten, stoned, imprisoned, shipwrecked, and beheaded because of the gospel.

Why wasn’t Paul ashamed of the gospel? It’s the power of God for the salvation of everyone who believes.

God has great power. He created the cosmos with its wide array of galaxies, solar systems, comets, and the like. He showed great power in the history of his people: rescuing his children from the hand of Pharaoh, allowing the Hebrews to conquer the Promised Land, allowing David to defeat Goliath, etc.

Because the gospel saves us fro m sin and death and hell, we have no reason to be ashamed of the gospel, but we have every reason to embrace it

Have you embraced the gospel, or are you embarrassed by the gospel?

This could mean that in the gospel God’s righteous character is revealed. You know that God’s character is infinitely righteous: “The LORD is righteous in all his ways and loving toward all he has made” (Ps. 145:17).

This righteousness comes “by faith from first to last.” The King James Version says “from faith to faith,” but the New International Version gets the sense quite right—the righteousness we receive from God is by faith from beginning to end.

You know how important faith is to the Christian. “In Christ Jesus neither circumcision nor uncircumcision has any value. The only thing that counts is faith expressing itself through love” (Gal. 5:6). “In addition to all this, take up the shield of faith, with which you can extinguish all the flaming arrows of the evil one” (Eph. 6:16). This righteousness, then, comes through our faith from beginning to end.

You might be thinking, “Wait a minute, Justin. Faith is important, but so is obedience. You can’t say that being righteous before God is from faith from first to last.”

Faith is that element which makes everything else fit. “Without faith it is impossible to please God, because anyone who comes to him must believe that he exists and that he rewards those who earnestly seek him” (Heb. 11:6). I can obey God all I want, but if I don’t have faith—from first to last—that obedience doesn’t count for anything.

It is written, “The righteous will live by faith.” This quotation comes from Habakkuk 2:4. In the context of that passage, the ”righteous” are those who will survive the coming judgment on Judah by the Babylonians. Paul applies this principle to the righteous’ being saved from the final judgment through their faith in Christ.

Verse 18 refers this thought—The righteous are going to live eternally, but God’s wrath will come upon the godless and wicked. Thus, if we are righteous, we will escape the coming judgment upon this world. Do you believe? Have you demonstrated your faith “from first to last” through obedience to the Lord Jesus? Do you need to come this morning and express that faith through obedience?