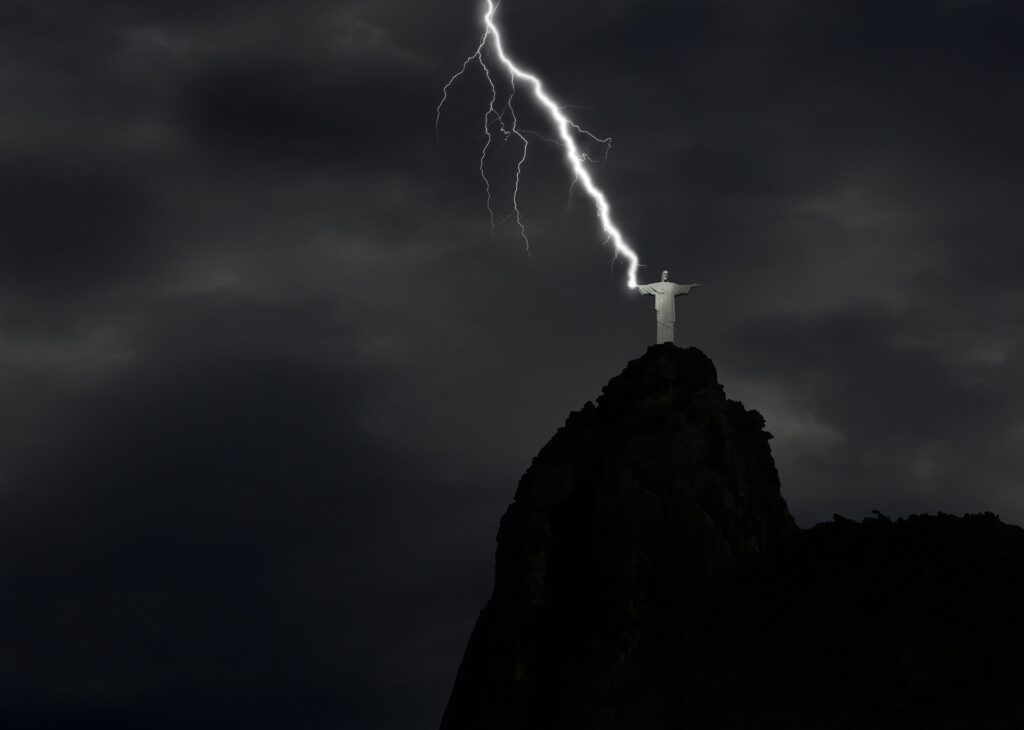 They brought to him a man who was deaf and had an impediment in his speech; and they besought him to lay his hands on him.

This man was deaf and had an impediment in his speech. Deaf-mutes were protected under the Jewish law and classed with other groups (women, slaves, imbeciles, minors) who were not educated enough to keep the law. The Greek term for “mute” means that this man spoke with difficulty. The Revised Standard Version and other translations have done well in stating that this man had an impediment in his speech. This man could talk; however, he could not do so plainly.

Taking him aside from the multitude privately, Jesus put his fingers into his ears, and he spat and touched his tongue; and looking up to heaven, Jesus said, and said to him, “Ephphatha,” that is, “Be opened.”

Jesus took this deaf-mute aside privately. Crowds customarily gathered to see the magicians perform tricks, and the crowd would have loved to have watched Jesus perform some miracle. Thus, he took this man aside to prevent a spectacle. Jesus also could have taken this man aside privately to get his attention; the man could not hear Jesus, so he took him aside so that Jesus knew that he had this man’s full attention.

Jesus put his fingers in the man’s ears, and he spat and touched his tongue. Since the man could not hear, Jesus had to use sign language to communicate with the man. We should not see Jesus’s putting his fingers in the man’s ears and the spitting on the tongue as some type of magical formula—the signs Jesus use did not heal the man; the power of Jesus healed the man.

Jesus looked up to heaven, sighed, and said, “Ephphatha,” which means “Be opened.” That Jesus looked up to heaven showed that he wasn’t using some magical formula; he was dependent upon the power of God to heal this man. Although we cannot say so with absolute certainty, Jesus’s sighing probably was a form of prayer to the Father.

Jesus said Ephphatha. Magicians often used a formula that was unintelligible to those who heard them Jesus spoke in Aramaic which would have been known to most all people of Syria-Palestine, whether they were Jews or Gentiles. Thus, Jesus wasn’t using some magical formula.

The man’s ears were opened, his tongue was released, and he spoke plainly. Jesus healed the man; he had the power and the compassion to do so.

Some have been troubled by Jesus’s admonition not to tell those in the surrounding territory about this healing. Why would Jesus not want help in proclaiming who he was? In the first place, Jesus seems to have wanted some “down time;” when he went to the region of Tyre and Sidon, he “would not have any one know it” (Mk 7:24). In the second place, Jesus may have been concerned about the character of these people; they may have been “questionable characters,” and Jesus wanted to be careful about who told others about him.

The more he charged the people, the more zealously they proclaimed it.

These people could not keep their mouths shut; they had witnessed something extraordinary, and they wanted everyone to know it.

We need to tell others repeatedly of what Jesus has done. We have that obligation from God. “He said to them, ‘Go into all the world and preach the gospel to the whole creation’” (Mk 16:15). “You shall be my witnesses in Jerusalem and in all Judea and Samaria and to the end of the earth” (Acts 1:8). Jesus has done so much in our lives: he has saved us from our sin, he has given us joy beyond measure, and he has given us blessings beyond measure. Will you tell others what Jesus has done in your life?

The crowd was astonished beyond measure, saying, “He has done all things well; he even makes the deaf hear and the dumb speak.”

Imagine being this deaf-mute. He had spent his entire life not being able to hear and not speaking very plainly. Then, Jesus came and healed him. Should we have expected this man to do anything other than to go out and tell everyone what had happened to him?

Think about all that Jesus has done for you. What sins has he forgiven? What relationships has he restored? What hope has he given in the place of doubt? Will you not go out and proclaim today what the Lord has done for you? Do you need to come this morning and allow Jesus to begin doing great things in your life?