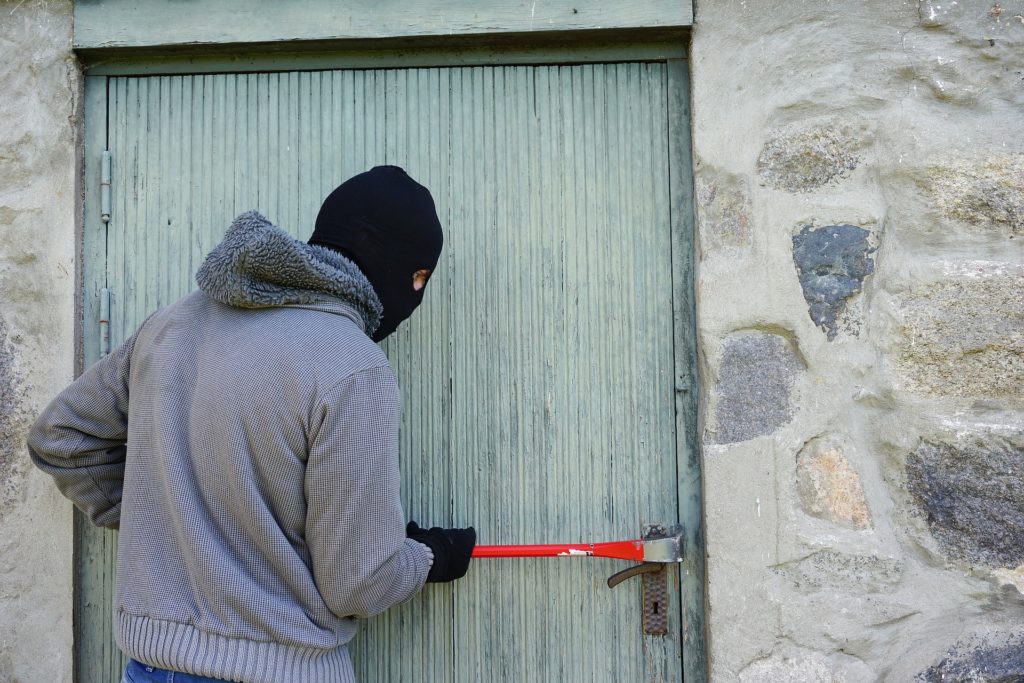 The people in Malachi’s day were making excuses for reasons they were stealing from God. This morning, we want to examine this passage that we might learn its meaning.

God asks the nation of Israel, “Will a man rob God? Yet you have robbed me!”

Stealing is a serious, serious crime. Those who steal face quite serious consequences; we don’t want someone taking our things. Stealing is so serious that it was one of the Ten Commandments: “You shall not steal” (Ex 20:16). But these people—the nation of Israel—were not stealing from their fellowman; they were stealing from God!

In what way were the people stealing from God? The people ask God, “In what way have we robbed You?” God says, “In tithes and offerings.”

The Israelites were withholding tithes and offerings from God. The Israelites were to give to the Lord a tithe of the seed of the land, of the fruit of the tree, of the herd, and of the flock (Lev 27:30-33). The tithes were given to the Levites as their inheritance from the Lord (Num 18:26-28). The tithes were to be stored so that they could be used in times of need (Deut 14:28-29).

The Israelites were cursed with a curse, for the whole nation had robbed God.

Throughout the Old Testament, we find God’s blessing his people when they did the right thing and cursing them when they did the wrong thing. God promised to bring curses upon those who did not follow his commandments. God set a curse before the children of Israelites if they did “not obey the commandments of the LORD [their] God” (Deut 11:28). Moses told the Israelites, “It shall come to pass, if you do not obey the voice of the LORD your God, to observe carefully all His commandments and His statutes which I command you today, that all these curses will come upon you and overtake you” (Deut 28:15). In Malachi 3, we see God’s fulfilling his promise; he was cursing the Israelites for their disobedience.

The whole nation had robbed God—this was no isolated incident—this was widespread disobedience.

How can we rob God in this age? Just like the Israelites of old, we may not give to God as generously as we ought.

Although God has not specified the amount we are to give, he has established some guidelines for us to follow. God intends for us to give as we have prospered (1 Cor 16:2). God did not say, “Give this perfect” or “Give this amount.” But God does expect us to look at how he has blessed us monetarily and to give appropriately. If we do not give as we have prospered, we rob God.

One man dreamed that the Lord took his Sunday contribution and multiplied it by ten and this became his weekly income. In no time, he lost his color TV, had to give up his new car—he could not even make a house payment. . . what can a fellow do with $10.00 a week?

We can rob God by not giving cheerfully—“God loves a cheerful giver” (2 Cor 9:7). We’ve been letting Wil to put in a dollar in the collect plate the past few weeks, and every time he does so, he cries; he doesn’t want to part with that dollar. If we act that way, if we can barely part with our money, we are robbing God; we are not giving as we ought.

Are you robbing God? Do you give as you ought?

God tells the Israelites to test him: “Bring all the tithes into the storehouse, That there may be food in My house, And try Me now in this, If I will not open for you the windows of heaven And pour out for you such blessings That there will not be room enough to receive it.”

I’ve already mentioned the storing of the tithes for times of emergency—in Malachi’s day, the temple served as that storehouse. Here God implores the Israelites to bring tithes into his storehouse.

God says to try him and see that if the people gave their tithes if he didn’t open the windows of heaven and pour out great blessings upon them.

If the people did what was right, God would bless them; God has promised to bless his children if they obeyed him. “If you walk in My statutes and keep My commandments, and perform them, then I will give you rain in its season, the land shall yield its produce, and the trees of the field shall yield their fruit” (Lev 26:3-4). “All these blessings shall come upon you and overtake you, because you obey the voice of the LORD your God” (Deut 28:2). God says: “Put me to the test. I’ve promised to bless you. See if I do that when you obey me.”

If we give to God, he will bless us today. “Give, and it will be given to you: good measure, pressed down, shaken together, and running over will be put into your bosom. For with the same measure that you use, it will be measured back to you” (Lk 6:38). “He who sows sparingly will also reap sparingly, and he who sows bountifully will also reap bountifully” (2 Cor 9:6).

Contrary to what many in the religious world might say, this does not promise that all our desires in life will be fulfilled. God has not promised to make us wealthy, and the blessings that God gives as a result of generous giving may not be material blessings at all!

Notice a parallel passage to Luke 6:38: “Seek first the kingdom of God and His righteousness, and all these things shall be added to you” (Matt 6:33). If we put spiritual things at the forefront of our lives, our necessities will be provided—Jesus ahs been talking about food, drink, and clothing. This passage does not promise that we’ll have more money than we know what to do with; it promises that if we are faithful, our necessities will be provided.

Not only would God open the windows of heaven from the Israelites, but he would not allow the locusts to devour their crops.

God would not allow the locusts—the devourer—and destroy what the Israelites raised.

The vine would not fail to bear fruit for the Israelites in the field—Since the windows of heaven would be opened, the vines would have no choice but to produce abundantly.