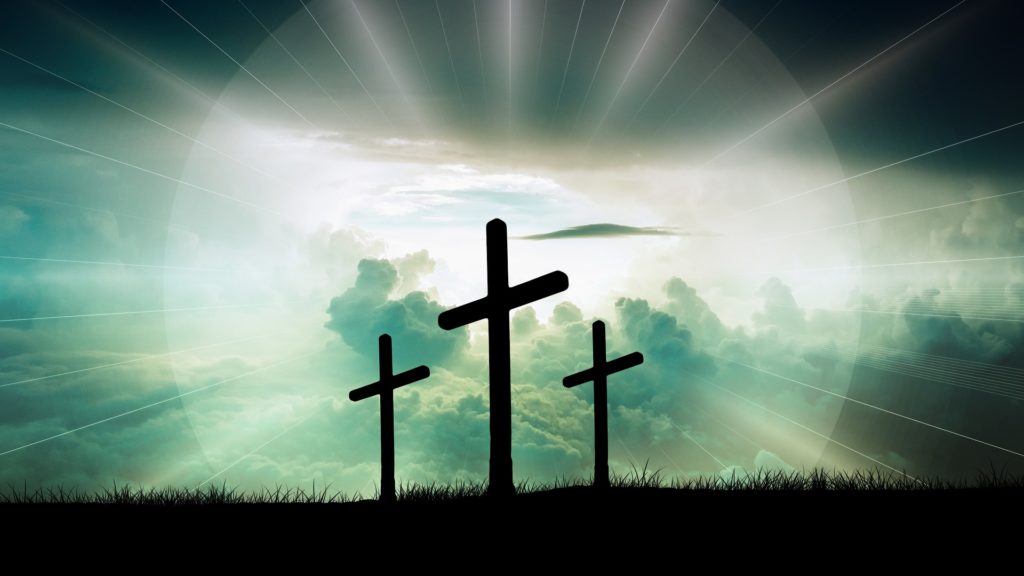 Each Lord’s day, we Christians assemble to remember the Lord’s resurrection. As we partake of the Lord’s Supper, we remember that Jesus was raised as well as that he died. As we sing psalms, hymns, and spiritual songs, we sing to a living Lord, not a dead one. The preacher proclaims a living Word.

Yet, that first Lord’s Day, the day Jesus was resurrected, was quite different. Some women went to Jesus’ tomb, they did not find his body, and two angels told them Jesus had been resurrected (Lk. 24:1-8). The women came back and told the disciples, but to the disciples the women’s story seemed like “idle tales” (Lk. 24:9-11).

This is where our text this morning begins. Two disciples (although not of the Eleven) are walking toward Emmaus. They are discouraged and wondering what happened to Jesus’ body. Jesus appears to them, and he finds them as:

While these disciples walked, they were discussing all that had taken place.

They were trying to make sense of all that had happened. They talked and reasoned about what had occurred. “Reasoned” carries the idea of “debate” or “lively discussion.” Perhaps, one disciple would say, “Maybe all these things mean this,” and the other would say, “No, it all means this.” They did not understand what had happened, and they were trying to make sense of it all.

While they talked and conversed, Jesus came to them, but they did not recognize him. There must have been something different about Jesus’ after his resurrection. Mary Magdalene did not recognize him after the resurrection (Jn. 20:14). The disciples had trouble recognizing him after the resurrection (Jn. 21:4). Whatever it was that was different about Jesus prevented these two disciples from recognizing him.

The picture in these opening verses is one of bewilderment and discouragement.

Jesus inquired about their conversation.

Jesus came and asked these men, “What are you talking about? Why do you look so sad?” Cleopas answered, “Are you the only visitor in Jerusalem who does not know what things have taken place?” Many visitors were in Jerusalem during the Passover. Cleopas assumed that all these visitors would have known what had taken place. Thus, he asked Jesus, “Are you the only person who doesn’t know what’s happened?” Jesus asked, “What things?”

These two disciples told Jesus the basic facts about his life.

Jesus was a Prophet.

The idea of a “prophet” suggests a spokesperson for God. Jesus served as God’s spokesman. Jesus said, “The word which you hear is not Mine but the Father’s who sent Me” (Jn. 14:24). God “has in these last days spoken to us by His Son” (Heb. 1:2). Moses promised that God would raise up a Prophet like him (Deut. 18:15).

Jesus was condemned to death.

They not only condemned him to death, they carried out the sentence and crucified him.

Jesus was expected to redeem Israel.

These men had hoped—notice the past tense—that Jesus would redeem Israel. They expected the Messiah to overthrow the Roman government and establish an earthly kingdom; they had hoped Jesus was that man.

Jesus’ tomb had been found empty.

Some women went to the tomb and brought back astonishing news. They could not find Jesus’ body. They saw a vision of angels saying that he had been raised. Certain others went to the tomb, found everything just as the women reported, but they did not see Jesus.

This is the gospel in a nutshell—Jesus was God’s spokesperson, crucified, and resurrected. These events were fresh in these disciples’ minds, not only because they had just occurred, but because they were dear to them. They were readily able to repeat these events. Should we not be able to do so, as well?

Although these disciples had told Jesus the basic gospel, they still did not believe.

They were foolish and slow of heart.

They were foolish in that they did not understand. They were slow to believe what the prophets had written—they should have already understood and believed.

The events of the previous week were supposed to occur.

The Christ was supposed to suffer. After his suffering, he would enter his glory, being exalted to the right hand of God. There wasn’t going to be a physical kingdom; Jesus came to die and be exalted.

Jesus’ death, resurrection, and exaltation were no accident. God intended to do this, and through his prophets, he said he would do it. Finally, these disciples were coming to understand.

These disciples would come to believe in the resurrected Christ. Their eyes were opened. They went and told the apostles all that had happened.