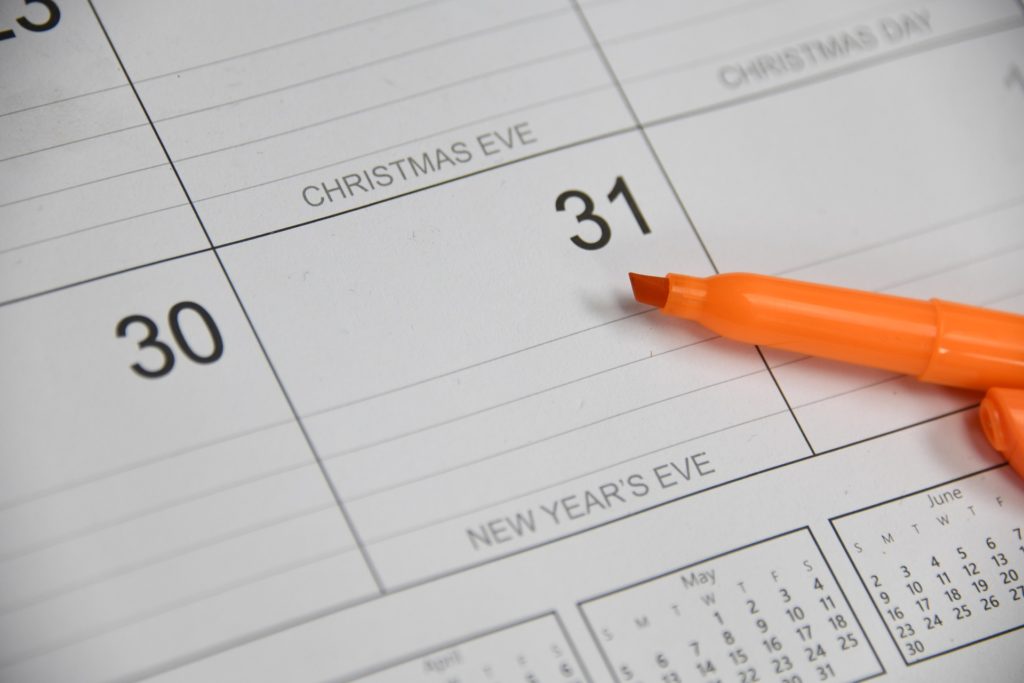 Some of us make resolutions like poor George. He told one of his friends, “There’s nothing like getting up at 5:00 in the morning, taking a run around the park, and taking a brisk shower before breakfast.” His friend asked, “How long have you been doing that?” George replied, “I start tomorrow.”

The younger of two sons said to his father, “Give me my share of the estate.”

Since the firstborn received a double portion of the inheritance, this son’s share would have only been a third of his father’s estate. This was an extremely selfish act. Inheritances are received after someone has died, but this son just couldn’t wait that long—He basically says, “Dad, I don’t care about you; I just want your money. I wish you were dead.” The son didn’t care about his father, about his brother, or anyone but himself.

For whatever reason, the father divided his inheritance between his sons, and the younger son got everything together and squandered his wealth in wild living. Although this father was undoubtedly hurt to his core, he loved his son and he honored the request.

The son “got together all he had.” “Gather together” here in verse 13 could very well have the connotation that the son turned everything he had into cash. It may have been that the son ran down to the local pawn shop and got money for everything he had. The son isn’t thinking—he’s just acting impulsively to get what he wants—he’s got to have that instant gratification.

How impulsive were we this past year? When we were tempted to sin, did we just act and then realize we have violated God’s will, or did we think about what we were doing? When we were angry, did we just say what was on our mind or did we think through what we would say? Have we been impulsive this past year, or have we thought through our actions?

The son wasted his money in loose living. The Greek term for “loose living” refers to debauchery, excess lusts—This son was involved in every type of sin his money could buy.

He had wasted all his money, and he began to be in need. His hired himself to a citizen of that distant country who sent him into the fields to feed the swine. “Hired himself” in Greek doesn’t denote that this son went and found a job. The word means “to glue.” The word denotes that he forced himself on this citizen—the idea is that the son forced himself into this man’s house and said, “Here I am. Feed me.”

The man sent him to feed swine in the field. Obviously, feeding unclean animals would be a detestable job to a devout Jew, and the citizen of the far country likely knew that. The polite way that Middle Eastern people in antiquity got rid of unwanted guests was to give them a job they would undoubtedly refuse.

The son got in such dire need that he wanted to eat the pods the swine ate. These pods were likely carob pods, sweet-tasting, but they were small and not satisfying to a grown man. The rabbis said that the eating of pods denoted the direst need—This was a man who knew nothing.

You know the rest of the story—how the on came to his senses, went back to his father, and was welcomed with another opportunity. This son had to go without food, to be hungry, before he realized his life wasn’t what it should be and decided to change.

Scripture exhorts us to confess our sins. “He who conceals his sins does not prosper, but whoever confesses and renounces them finds mercy” (Prov 28:13). “Confess your sins to each other and pray for each other so that you may be healed” (Js 5:16). “If we confess our sins, he is faithful and just and will forgive us our sins and purify us from all unrighteousness” (1 Jn 1:9).

The son was going to confess his sin against both his father and heaven—he understood that all sin is against God—we may harm relationship, but ultimately we sin against God.

The son wanted to become a servant in his father’s house. Servants in that day and age were paid for their labor—the son wanted to earn the money had had squandered. Servants in that day and age were separate from the household—the son would not be sitting at his father’s table and eating his brother’s bread. The son, although he knew that sin can never be fully undone, wanted to do what he could to repair the damage he had done. How determined are we to make restitution and seek to undo as much of the damage as we can?

The son got up and went to his father. He didn’t just make a resolution and stick it in a drawer somewhere, but he acted upon what he was determined to do. What are we going to do when we resolve to repent? Are you going to say, “That’s a nice thing to do, but I’ll do it sometime later?” Are we going to get up, keep that resolution, and change our lives?

While the son was still a long way off, his father saw him, was filled with compassion and ran to him.

This certainly implies that the father had not given up hope for his son, but he still desperately wanted him to come home. The father obviously represents God, and the son is here seen as returning to God. I fear that many don’t have this concept of God, a God who is full of compassion and desperately wants sinners to come home. Many feel that their sins have been so severe, so horrendous, that God might want some to come back to him, but that he definitely doesn’t want them.

However, our God is full of compassion and mercy. “Great is your love, higher than the heavens; your faithfulness reaches to the skies” (Ps 108:4). “Who is a God like you, who pardons sin and forgives the transgression of the remnant of his inheritance? You do not stay angry forever but delight to show mercy” (Mic 7:18). “He saved us, not because of righteous things we had done, but because of his mercy” (Tit 3:5).

Do you need to come this morning and allow God to run to you, throw his arms in mercy around you, and forgive you?

The father ran to his son. Middle Eastern men in long, flowing robes generally did not run, but the father was so overjoyed that he gave up any sense of decency and decorum he had and ran to his son.

The son began his confession, but the father had his servants begin to celebrate.

The father ordered the servants to put his best robe on the son. Instead of medals being given to guests of honor int eh ancient world, robes were given. The father’s best robe would undoubtedly have been the one he wore on special occasions, but he graciously shared his best possessions with his son.

The father had a ring put on the son’s finger and sandals placed on his feet—he’s showing his son to be an honored guest.

The father then ordered his servants to kill a calf and celebrate. God continues to celebrate when his creatures come home. “I tell you that in the same way there will be more rejoicing in heaven over one sinner who repents than over ninety-nine righteous person who do not need to repent” (Lk 15:7). “In the same way, I tell you, there is rejoicing in the presence of the angels of God over one sinner who repents” (Lk 15:10). Will you this very morning give cause for a celebration in heaven?

Do notice the new life this son had after his return. His father alludes to his new life: “This son of mine was dead and is alive again; he was lost and is found.”

Notice what the son had that was new:

Do you need to come this morning and have a new life? “If anyone is in Christ, he is a new creation; the old has gone, the new has come!” (2 Cor 5:17). Do you need to come and seize that new life—a new relationship with your Father, new opportunities to serve him, and new riches that he bestows upon his children?