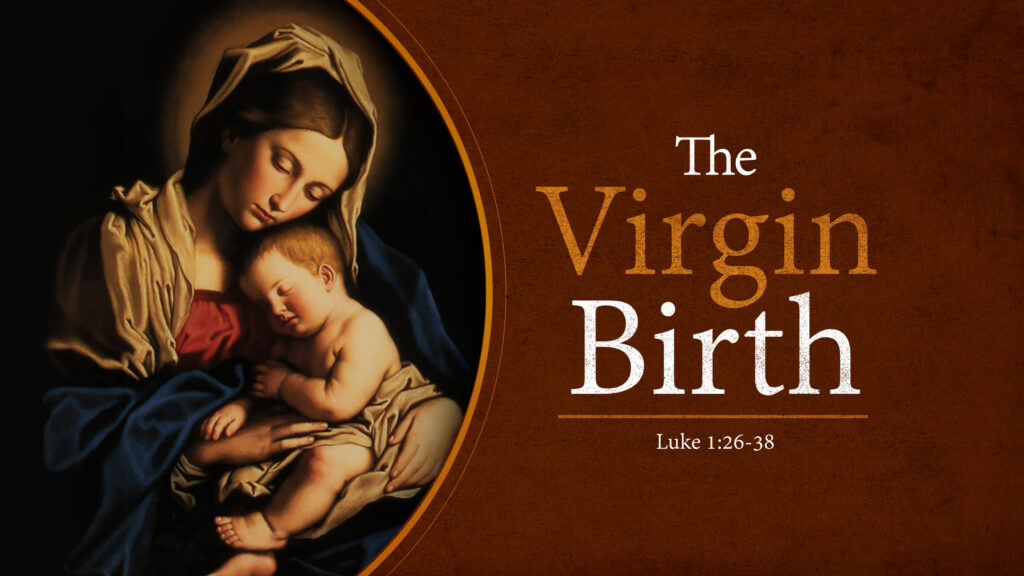 When Tammy was first expecting RJ, we called our families to share the news. I have two brothers—one was then in college and the other was married with his own wife. I called my married brother and spoke to his wife, and I excitedly told my sister-in-law Tammy that I was going to be a dad.

She laid into me. She said she was very disappointed, she couldn’t believe I had done that, and she knew I’d be kicked out of the good Christian college I was attending. It dawned on me: My youngest brother and I sound a lot alike on the phone; she thought I was Kyle calling from Freed-Hardeman University to tell her my girlfriend was pregnant. RJ’s exciting birth announcement didn’t go as planned.

Every parent has had the joy of calling family and to tell them a child is on the way. You may have—like I did—simply picked up the phone to call. Some of you may have been more creative and planned something really nice for your big announcement—I’m too impatient for that.

Mary got a surprise birth announcement. She learned that, although she was a virgin probably between 12 and 15, she would bear a Son. She also learned that her infertile relative Elizabeth was six months along. Mary couldn’t figure out how these things were coming to pass. Gabriel taught her a lesson: “Nothing will be impossible with God.”

This narrative demonstrates that “Nothing will be impossible with God.” God went through extraordinary lengths to demonstrate his power through Jesus’s virgin birth. There is one simple reason God used such great power in the birth of Jesus: He wants to save you from your sins.

God sent Gabriel to Mary in the sixth month of Elizabeth’s pregnancy. Elizabeth’s pregnancy demonstrated God’s power. Both Elizabeth and Zechariah were “very old” and Elizabeth “was not able to conceive” (Lk 1:7). Yet, when Elizabeth was well into her pregnancy, Gabriel went to Nazareth, a town in Galilee. Nazareth, in contrast to Jerusalem, was a small, insignificant village.

Gabriel went to a virgin. Mary had never had a sexual relationship.

Mary was betrothed to Joseph, a descendant of David. Betrothals lasted about a year, were as binding as marriage, and were consummated in the sexual act on the wedding night.

The angel’s greeting to Mary was extremely unusual for someone of great stature and importance, let alone for some insignificant girl.

Mary would conceive a son and call him Jesus. The angel told Joseph that he was to name his son Jesus, “because he will save his people from their sins” (Matt 1:21). The name Jesus means “Yahweh is salvation.”

Jesus would be the “Son of the Most High,” and he would have the throne of his father David. He would reign over Jacob’s descendants forever.

Mary wondered how this could happen since she was a virgin. Gabriel’s reaction leads me to believe there’s no doubt in these words like there was in Zechariah’s response. Instead, Mary was simply bewildered. She was a virgin; therefore, it was not humanly possible for her to have a child.

Gabriel told Mary how she would conceive—The Holy Spirit would come upon her and the power of the Most High would overshadow her. There is absolutely nothing sexual in these words in any way, shape, or form; however, the Holy Spirit of God would provide the male part of reproduction. In other words, this would be a conception like no other; it would be completely miraculous, supernatural, and outside the realm of this natural world.

As further evidence of God’s great power, Gabriel told Mary that Elizabeth, Mary’s relative, was expecting a child in her old age.

That idiom makes perfect sense in the context. Old and barren Elizabeth was going to have a child; the virgin Mary would conceive and bear a child.

Mary humbly offered herself to the will of God.

“Nothing will be impossible with God.” Many take this passage out of context and talk about how they can win ballgames or make billions of dollars.

Why did God use extraordinary means to bring Jesus Christ into the world? To save you from your sin. Being lost is such a horrible predicament that God Almighty sent his only Son into the world to redeem you from sin. When you were lost, “you were separate from Christ, excluded from citizenship in Israel and foreigners to the covenants of the promise, without hope and without God in the world” (Eph 2:12).

Mary’s commitment led to great sacrifice. She gave up a normal life to raise the Messiah. She surely got strange looks in Nazareth as an unwed mother; remember Joseph thought she had been immoral and wanted to divorce her. Simeon told her, “A sword will pierce your own soul” (Lk 2:35); can you imagine the sword which pierced Mary’s soul when she saw her Son on a cross for the sins of the world? Jesus sacrificed himself at Golgotha for your sins, but Mary sacrificed herself so that Jesus could die for you. She was the servant of the Lord.

Are you the Lord’s servant? Would you be willing to go to God in prayer this very day and say, “I am the Lord’s servant?” Let me urge you to go home this afternoon and to pray that very prayer. Offer yourself as the servant of the Lord.

Here’s what you need to do: Examine your life and see where you can serve God with your talents. Serve him that way this week as you offer yourself as God’s servant. And then serve him that way next week and the week after that and make being the servant of the Lord part of who you truly are.