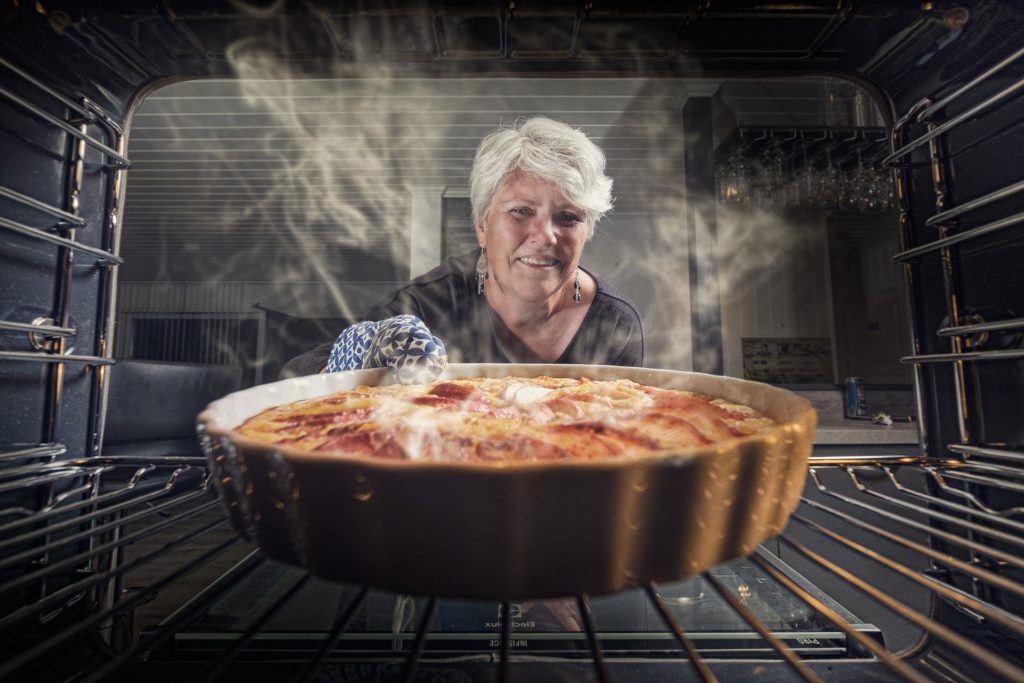 A man who was never able to make or keep friends went to see a psychiatrist. The psychiatrist was interviewing him, but failed to catch something the man said and asked: “Would you mind repeating that please?” “I said,” replied the fellow, “for some reason nobody ever seems to like me. Why don’t you pay attention to what I am saying you fathead!” Obviously, it doesn’t take a psychiatrist to understand why this fellow had a problem making and keeping friends.

Yet, there is One who would gladly take this man as a friend: Jesus Christ! Jesus was always a friend to those in need—Notice how Jesus characterized the Pharisees’ accusations: “They say, ‘Here is a glutton and a drunkard, a friend of tax collectors and “sinners”’” (Matt 11:19).

We often sing about Jesus’ being our friend:

While Jesus is a great friend toward us, what kind of friend are we toward Jesus? Tonight, we want to think about Mary, Martha, and Me—Luke 10:38-42. We have absolutely no way of knowing how Mary, Martha, and Lazarus became acquainted with Jesus, but we do know that we were close friends.

“[Martha] had a sister called Mary, who sat the Lord’s feet listening to what he said.”

It was customary for disciples to sit at the feet of their teachers; it was in this way that disciples prepared to become teachers themselves.

There is something very odd taking place here: A woman is sitting at Jesus’ feet, the place reserved for disciples. Women in the first century world were not permitted to be any kind of teachers and Jews coming in and finding a woman sitting at Jesus’ feet would be quite indignant. That is likely one reason that Martha becomes so upset with her sister: Not only does Martha need help in the kitchen, but her sister is doing something only men could do in that society.

Follow me closely for a moment. Luke spends a lot of time in his Gospel showing how that Jesus dealt with the outcasts of Jewish society. Both Luke and Theophilus are Gentiles, thus Luke wants to show that Jesus cares for those the Jews have cast aside. Only Luke tells the Parable of the Good Samaritan and only Luke tells of Zacchaeus, the tax collector, who came to Jesus.

Only Luke tells this narrative where there is a woman disciple at his feet. There are some who claim that Mary was a disciple on par with the Twelve. I don’t want a single word I say here construed to support such garbage; there is not a shred of biblical evidence to support that and the so-called “evidence” many point to comes from some of the greatest heretics in Christian history. However, Mary was doing something women weren’t generally permitted to do in the first century, be a disciple of a teacher.

Mary, I assert, was a disciple in exactly the same way you and I are disciples of Jesus, followers trying to do his will. Women, however, weren’t permitted to do that. Jesus is saying here, “Whoever wants to come and follow me may do so.”

Not only does the fact that Jesus allows Mary to sit at his feet say much about women and Jesus, it says much about Mary. Mary is sitting at Jesus’ feet ready, quiet, teachable, and ready to hear the Word of Jesus.

Is that not the same attitude we need when it comes to the Word of God? “The Bereans were of more noble character than the Thessalonians, for they received the message with great eagerness and examined the Scriptures every day to see if what Paul said was true” (Acts 17:11). “We also thank God continually because, when you received the word of God, which you heard from us, you accepted it not as the word of men, but as it actually is, the word of God, which is at work in you who believe” (1 Thess 2:13).

One day a man approached a preacher and complained that he could get nothing out of his Bible study. To him, the Bible seemed just as dry as dust. He said to the preacher, “Please tell me how to study it so that it will mean something to me.” “Read it,” the preacher replied. “I do read it.” “Read it some more.” “How?” “Take some book and read it twelve times a day for a month. Try Second Peter,” said the preacher.

The man later said, “My wife and I read Second Peter three or four times in the morning, two or three times at noon, and two or three times at dinner. Soon I was talking Second Peter to everyone I met. It seemed as though the stars in the heavens were singing the story of Second Peter. I read Second Peter on my knees, marking passages. Teardrops mingled with the crayon colors, and I said to my wife, ‘See how I have ruined this part of my Bible.’” “Yes,” she said, “but as the pages have been getting black, your life has been getting white.”

Is that our attitude when it comes to Scripture? Are we ready to hear and to obey the Word of God? Let me encourage you to do something this week: Take a book of the Bible and read it through a couple times a day (most books can easily be read in under 20 minutes) and make a list of where you need to change your life and become more like Jesus. If you need help, see me or one of the elders.

Martha was cumbered: “Martha was distracted by all the preparations that had to be made.”

“Distracted” refers to being over occupied, to be dragged or pulled away. Martha had much to do; she had to prepare food for thirteen guests (Jesus and his disciples) as well as herself and Mary. Maybe some more were there, and she had to prepare an even larger feast—we simply don’t know.

Martha was a busy woman who had too many irons in the fire. We’ve all been there haven’t we? You should be a fly on the wall in the Imel household on Sunday mornings—Tammy is ironing and getting breakfast and I’m studying my sermon and folding bulletins. On top of that, we’ve got to get the kids ready and out the door at a decent time. When it’s baseball season, we basically live at the Duval field—by the time the boys get their homework, we get supper, get to the ballpark and back home, we’re absolutely exhausted. I’m sure everyone one of you could give various examples in your own life when you feel like a hamster on a wheel, just spinning and spinning.

But, think about this for a moment; here is the Creator of the universe sitting in Martha’s home and she’s more concerned with doing housework than hearing what he has to say! Can you imagine what Martha missed out on? How many of us would love to have sat at Jesus’ feet and hear him teach in person? Martha had the opportunity, but she was too busy.

Can we not also become so busy with life that we lose sight of the big picture? “Be still, and know that I am God” (Ps 46:10). In taking time to be with God, we follow the example of Jesus—“Very early in the morning, while it was still dark, Jesus got up, left the house and went off to a solitary place, where he prayed” (Mk 1:35).

Martha was worried and upset about many things. Martha was more concerned with how well the food was prepared and how the house looked than she was in listening to Jesus.

Martha’s priorities were far from proper. Someone once said, “We are called to love God, serve people, and use money. But oftentimes, we use people, serve money, and neglect God!” Are our priorities where they need to be?

Martha was a complainer: “Lord, don’t you care that my sister has left me to do the work by myself? Tell her to help me!”

Which lady are we more like—Mary or Martha? Do we sit at Jesus’ feet to learn his will, or are we too busy for that? Do we listen to what Jesus has to say, or are we more concerned with the things of this world? Do we make the right choice, or do we complain?

Are you a Mary or a Martha? Do you need to come tonight to become more like Martha?