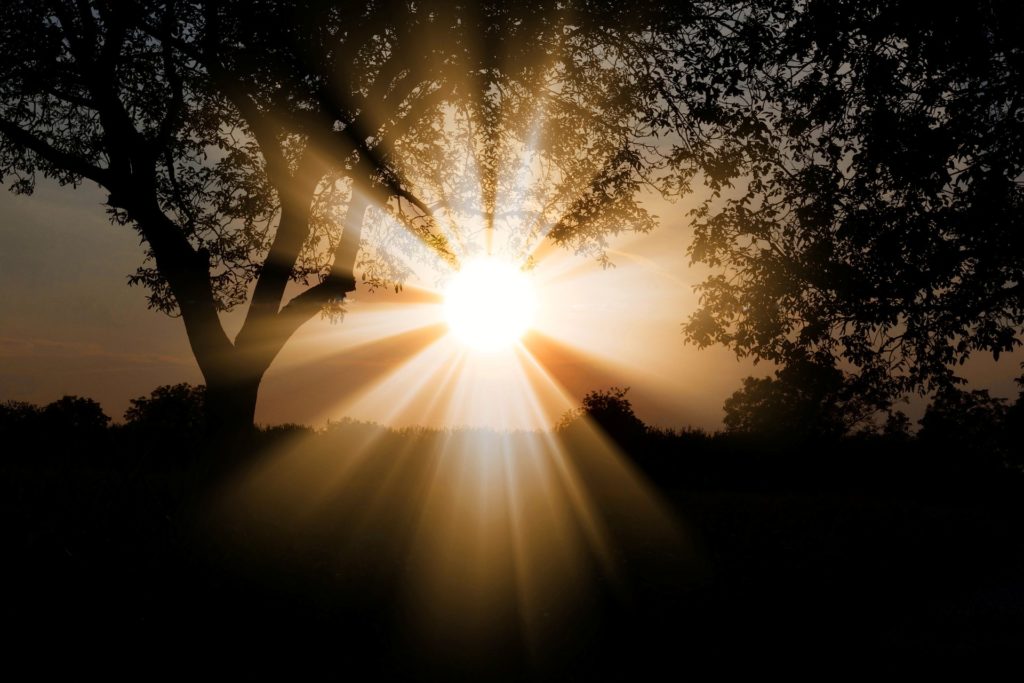 How important is light? For the blind man, it was going to prevent someone from falling on top of him. How many children go to sleep with a nightlight, because a darkened room is “just too scary”? How many of you women would want to walk through the streets of town by yourselves after dark? How many of you men keep a flashlight in the car in case you break down after dark? How are you going to be able to see what you’re doing if you don’t have a light?

Light obviously is quite important. The importance of light is seen in Jesus’ statement: “I am the light of the world; he who follows me will not walk in darkness, but will have the light of life” (Jn. 8: 12).

The reason I mention the Feast of Tabernacles as the setting of this saying is that light played a crucial role in this feast. Since the background of the feast was the Exodus, no doubt the Jews would have been reminded of the pillar of fire which gave the Israelites light at night. Notice this quote from a Jewish source: “Towards the end of the first day of the feast of Tabernacles, people went down into the court of the women, where precautions had been taken [to separate the men and women]. Golden lamps were there, and four golden bowls were on each of them, and four ladders were by each; four young men from the priestly group of youths had just of oil in their hands containing about 120 logs and poured oil from them into the individual bowls. Wicks were made from the discarded trousers of the priests and from their girdles. There was no court in Jerusalem that was not bright from the light of the place of drawing [water]. Men of piety and known for their good works danced before them with torches in their hands, and sang before them songs and praises.” The light produced during the Feast of Tabernacles is supposed to have been absolutely brilliant.

Apart from the Feast of Tabernacles, light played an important role in Judaism. Jewish literature applied the title “light of the world” to Israel, to Jerusalem, the patriarchs, the Messiah, God, famous rabbis, and the law. The Pharisees probably understood that Jesus was claiming to be the Messiah, for they said, “You are bearing witness to yourself; your testimony is not true” (v. 13). The Messiah was associated with light: “The people who walked in darkness have seen a great light; those who dwelt in a land of deep darkness, on them has light shined” (Is. 9:2).

Let’s explore ways that Jesus is the Light of the World.

“This is the message we have heard from him and proclaim to you, that God is light and in him there is no darkness at all” (1 Jn. 1:5).

Thus, Jesus, in his innermost being, is light; he is morally perfect. “For our sake he made him to be sin who knew no sin, so that in him we might become the righteousness of God” (2 Cor. 5:21). “We do not have a high priest who is unable to sympathize with our weaknesses, but we have one who in every respect has been tested as we are, yet without sin” (Heb. 4:15). Philip Schaff, one of the foremost church historians ever, wrote the following: “A catalog of virtues and graces, however complete, would merely give us a mechanical view. It’s the spotless purity and the sinlessness of Jesus as acknowledged by friend and foe that raises His character high above the reach of all others. In Him we see the even harmony and symmetry of all graces; His love for God and man, His dignity and humility, His strength and tenderness, His greatness and simplicity, and His self-control and submission. It’s the absolute perfection of Christ’s character that makes Him a moral miracle in History. It’s futile to compare Him with saints and sages, ancient or modern. Even the skeptic Jean Jacques Rousseau was compelled to remark, ‘If Socrates lived and died like a sage, Jesus lived and died like a God.'”

The idea that Jesus’ character is light leads us to one of the ways this benefits us:

Jesus alludes to the benefit of his character in John 8:12: “Whoever follows me will never walk in darkness but will have the light of life.”

You know the importance of a guide in an unknown, dark place. I never will forget being in Mammoth Cave. If I remember correctly, the part of the cave in which we went had only been opened to the public recently. My family and I chose this particular tour because the stalactites and stalagmites were supposed to be absolutely incredible, and they were. When we got to the innermost part of the cave, famously, they turned out the lights. It was utterly dark; they told us to put out our hands to attempt to see them, and of course we could not. I had never experienced darkness like that before or since where there was no light whatsoever.

Imagine if the tour guide had just decided to leave us there in complete darkness. There would have been no way that we would have gotten out of that cave. We had to have someone to guide us.

It’s the same way in this life. We live in a very, very dark world—just pick up the newspaper and see the sin and the darkness which fill this world. We need someone to guide us.

That someone, of course, is the Lord Jesus. “To this you have been called, because Christ also suffered for you, leaving you an example, so that you should follow in his steps” (1 Pet. 2:21). “Whoever says, ‘I abide in him,’ ought to walk just as he walked” (1 Jn. 2:6).

Are you following Jesus’ example?

Not only is Jesus’ character light, but the words he taught us are light. His words provide illumination in this dark world.

Notice what the Scriptures say about Jesus’ words:

Jesus’ teaching guides us out of the darkness. Do his words not tell us how to live? “Everyone then who hears these words of mine and acts on them will be like a wise man who built his house on rock. The rain fell, the floods came, and the winds blew and beat on that house, but it did not fall, because it had been founded on rock” (Matt. 7:24-25). If we listen to Jesus’ words, our lives, our houses, will be built on a solid foundation.

Have you been obedient to Jesus’ words or do you need to come tonight and obey those words?