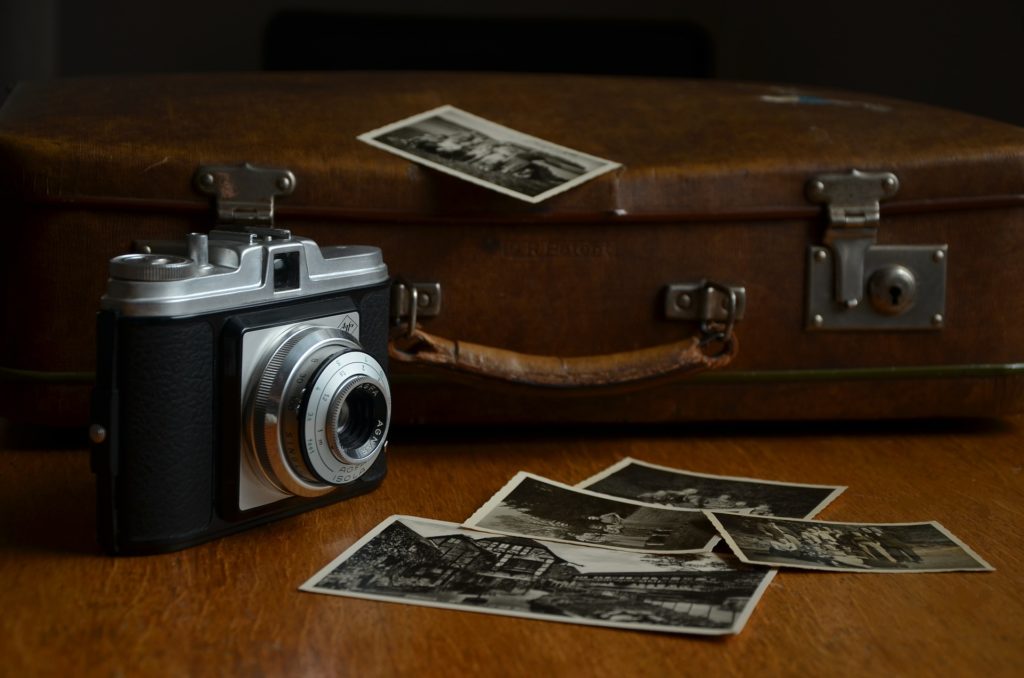 A man who lived on Long Island was able one day to satisfy a lifelong ambition by purchasing himself a very fine barometer. When the instrument arrived at his home, he was extremely disappointed to find that the indicator needle appeared to be stuck, pointing to the sector marked “HURRICANE.” After shaking the barometer very vigorously several times, its new owner sat down a wrote a scorching letter to the store from which he had purchased the instrument.

The following morning on the way to his office in New York, he mailed the letter. That evening he returned to Long Island to find not only the barometer missing, but his house also. The barometer’s needle had been right—there was a hurricane!

Sometimes, like that man with his barometer, we trust the wrong thing—he trusted himself, not the instrument. Sometimes we have trusted politicians who promised a bright future for this country only to have them break every promise after their election. Sometimes we have trusted salespeople as they discussed the wonders of a gadget we were considering only to have the item work miserably once we get it home. So many have trusted spouses only to find out they were lying scum.

We need to make sure that our trust is an appropriate trust.

In Jeremiah’s day, the people were facing a difficult situation. The northern kingdom of Israel was history, having been taken into Assyrian Captivity. Nebuchadnezzar, King of Babylon, had defeated Assyria and was making his way to Judah.

In the midst of this crisis, the people misplaced their trust, and God condemned them for their misplaced trust. We can learn much about where we should place our trust from this passage.

The False Trust of Judah

The Judeans trusted in the temple, vv 1-7.

They used their trust in the temple to justify their overt sin. Jeremiah is told to go to “the LORD’s house,” i.e., the temple, and proclaim his message. Surely God’s telling Jeremiah to go to the temple is not pure coincidence. The place Jeremiah was to preach signifies the importance the people of Judah attached to the temple.

In verse 3, God tells the people of Judah that if they reformed their ways, he would allow them to continue to live in Judah—the implication is quite obvious: If the people did not reform their ways, they would not be allowed to continue living in Judah.

Reformation is important in our lives, as well, for without reformation, we cannot abide with God. “Unless you repent, you will all perish” (Lk 13:3). “Repent, then, and turn to God, so that your sins may be wiped out, that times of refreshing may come from the Lord” (Acts 3:19).

In his book, I Surrender, Patrick Morley writes that the church’s integrity problem is in the misconception “that we can add Christ to our lives, but not subtract sin. It is a change in belief without a change in behavior.” He goes on to say, “It is revival without reformation, without repentance.” God, through Jeremiah, tells his people to repent. Let us repent, as well.

Their trust was in the fact that the temple was in Jerusalem. Their attitude was, “Hey, wait a minute. We don’t have any problems. The temple’s in Jerusalem, and God’s not going to allow it to be destroyed.” That is likely why we find the phrase “The temple of the LORD” three times in verse 4.

The Lord required more than ritual without true piety. God wanted these folks to truly change their ways.

Truly changing their ways would change the way they dealt with other people. They needed to treat one another justly—they were to be fair in their dealings with one another and not think that they were the most important people. They were to treat the alien appropriately—they were not to make distinctions between those who were from Judah and those who weren’t. How do we treat those who are different from us? When we see someone from another country, how do we treat him or her? When we see someone who has a handicap, how do we treat him or her?

The people’s true repentance could prevent the Babylonian Captivity.

The people also trusted in the temple to excuse their blatant sin, vv 8-11.

Again, Jeremiah informs the people that they have a false, not a true trust. The people were blatantly transgressing the Law—they were stealing and murdering and committing adultery and perjury and offering incense to false gods.

The people would then go to the Temple and say, “We are safe—safe to do these detestable things.” The people believed as long as they went to the temple, sang the right psalms, prayed the right prayers, and offered the right sacrifices, they could do whatever they wanted in their personal conduct. They really thought that as long as they went through the right motions on the Sabbath, they were absolved of all their sins—Theirs was an outward religion.

The people could not hide such hypocrisy from God. In fact, he says at verse 11: “I have been watching!”

To the follow of such trust: “Remember Shiloh!” Shiloh is the place where the Tabernacle has ben (Josh 18:1). But the Ark of the Covenant was captured by the Philistines at Shiloh (1 Sam 4:10-11).

God would do likewise to Jerusalem and the Temple. God would act at Jerusalem because his people had not listened to him when he spoke through the prophets. What happened to Shiloh would happen in Jerusalem. They would be taken into captivity just like Ephraim (Israel).

The False Trust of Christian

Perhaps we act and believe that church membership excuses:

But remember the Parable of the Tares. Matthew 13:41-43. One can be in the church now, and he can be cast out of the church at the last day. Salvation is dependent on individual allegiance, not group association! John 15:2.

Like the Jews who disobeyed God but then claimed exception? For example, living in the world, but then going to the church? For example, engaging in immorality, worldliness, but being a “faithful member?”

To the follow of such a false trust: “Remember Sardis” (Rev 3:1-6). They had “a living name,” but that did not free them from the threat of condemnation. AS always, salvation was based on personal consecration.

To the follow of such a false trust: “Remember Laodicea” (Rev 3:14-22). They had become lukewarm. They were in danger of expulsion because of worldliness. They were in need of rebuke and chastening.