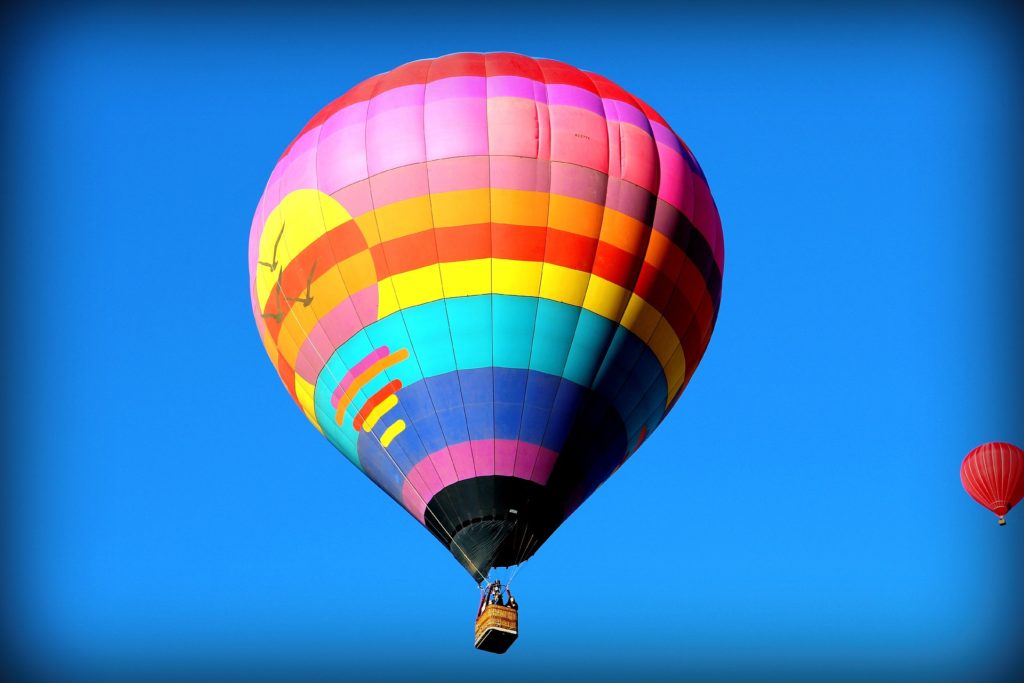 “The old ones remind us that slavery’s chains Have paid for our freedom again and again.” These are the words of the African American poet Maya Angelou, offered at the Million Man March in 1995. Speaking to a huge crowd of black men on the Mall in Washington, DC, she reminded them of their difficult and painful history, and then invited them to focus their lives on joy, courtesy, gentleness and care. She said, “The ancestors remind us, despite the history of pain, We are a going-on people who will rise again.” Powerful words. Hopeful words. Inspiring words. Words which culminate in Angelou’s closing line, “And still we rise.”

This soaring sentiment could be a summary of the struggle for racial justice and civil rights over the past hundred years. The NAACP—the National Association for the Advancement of Colored People—was born in a time of segregated hotels and widespread discrimination in voting booths The NAACP was designed to “promote equality of rights” and to eradicate “race prejudice among the citizens of the United States.”

February 12, 1909 was not an accidental birthday for this organization. The date was picked because it was the centennial of the birth of President Abraham Lincoln, who emancipated the slaves during the Civil War. Just think about the progress made from 1809, when slavery was legal . . . to 1909, when the NAACP was founded . . . to 2009, when we have inaugurated the first black President of the United States. And still we rise.

There isn’t a one of us here tonight who can fathom the problems experienced by African Americans just a few years ago. Having been reared after the Civil Rights Movement, it’s hard for me to fathom that some people couldn’t use a restroom or drink from a water fountain or sit in the front of a bus or go to school simply because their skin is darker than mine.

Yet, the Israelites for whom Isaiah writes tonight’s text knew full-well such difficulties. Isaiah’s prophecy is easily divided into two parts—chapters 1 to 39 contain prophecies for Isaiah’s contemporaries and chapters 40 to 66 are written for the Jews who would be in Babylonian Captivity 200 years or so after Isaiah’s day.

Those exiles had a difficult existence in Babylon. The Babylonians wanted to keep the captives under their thumb, so they placed them as close to the city of Babylon as possible. The exiles served as household servants and slaves to the Babylonians. These were the Judean princes—the leaders, the rulers, the professionals—now doing manual labor and menial tasks as servants under the Babylonians. Everywhere the Jews looked, they would have seen temples to pagan gods—there were 53 pagan temples in Babylon.

Can you even fathom what the Jews must have been thinking as they were in Babylon? Where are all the great promises of God? Aren’t we to be the light of God to the nations? Isn’t the Messiah to come through our father Abraham? It is against this background that Isaiah writes tonight’s text to comfort the people in exile.

The message God gives the Babylonian captives is the same message Maya Angelou gave to the men on the Mall in Washington: “Still We Rise.” As we look around this world and see the immorality, greed, and oppression of fallen man, we, too, may wonder where God is in the midst of all this. This message God gives us through Isaiah is: “Still We Rise.”

But how shall we rise?

“Do you not know? Do you not hear? Has it not been told you from the beginning? Have you not understood from the foundations of the earth?”

God here tells his people to check their picture of him—to know who he really and truly is.

Surely, the Israelites had heard from the beginning who God is. It was the responsibility of their parents to teach them about God. Deuteronomy 6:6-7. Notice that God asks, “Has it not been told you from the beginning?”

God had done so much for the Israelites. He had sent plagues upon the Egyptians, allowed the Israelites to cross the Red Sea on dry ground, provided them manna, quail, and water in the wilderness, raised up judges when enemies came against Israel. Was it too much to expect that the God who had done all these mighty acts for his people still had their best interests at heart?

The Israelites in captivity had no reason to despair—they simply needed to check their PICTURE OF GOD.

Tonight, do we need to check our PICTURE OF GOD?

“It is he who sits above the circle of the earth, and its inhabitants are like grasshoppers; who stretches out the heavens like a curtain, and spreads them like a tent to dwell in; who brings princes to nothing, and makes the rulers of the earth as emptiness. Scarcely are they planted, scarcely sown, scarcely has their stem taken root in the earth, when he blows on them, and they wither, and the tempest carries them off like stubble.”

The idea of God’s sitting above the circle of the earth is that he sits upon a high point from which he can watch man. The image is almost like our going to the top of the Empire State Building from whence we could see for miles and miles and miles. From there God is able to watch over man.

In his watching over man, God effortlessly rules over the leaders of the world. God effortlessly rules over world leaders by bringing them to nothing, withering them, and allowing the tempest to carry them off like stubble. The point is that the Israelites in Babylon did not need to worry themselves with the oppression of their captors, for God was ultimately in control of the rules who were there. God, in his providence, allowed just the right rulers to govern Babylon during this period and when they no longer served his purpose, he would pluck them up.

God has always been in control of the leaders of the earth. Exodus 9:16. Pharaoh did not reign over Egypt at the time of the Exodus by birth, but by the will of God. When Mordecai encouraged Esther to go to the king to stop Haman’s plot against the Jews, he says, “And who knows whether you have not come to the kingdom for such a time as this?” (Esther 4:14). The Book of Esther demonstrates how God works behind the scenes in his providence. The word “God” does not even occur in the book, but God is there as an “invisible Worker” to bring about his purpose.

God controlled the leaders of Babylon during the Captivity. The Lord sent Nebuchadnezzar into the fields to live as a wild animal when he was carried away by his pride (Dan 4:28-33). Daniel interpreted handwriting on the wall for Belshazzar: Daniel 5:24-28. That very night Belshazzar was killed and Darius the Mede took possession of the kingdom (Dan 5:30). It’s not clear who Darius the Mede was, for Cyrus, the king who allowed the Israelites to return to Jerusalem, was King of Persia when Babylon fell. There is no reference in the history of Daniel’s time to a Darius the Mede—he may have been either a general of Cyrus or Darius may have been another name of Cyrus. Thus, depending upon whether Darius and Cyrus are the same person, three or four kings reigned over the Israelites during their 70 years of captivity. God raised them up and when they no longer served his purpose, he brought them low.

Therefore, God is the one ultimately in control.

“To whom then will you compare me, that I should be like him? says the Holy One. Lift up your eyes on high and see: who created these? He who brings out their host by number, calling them all by name, by the greatness of his might, and because he is strong in power not one is missing. Why do you say, O Jacob, and speak, O Israel, ‘My way is hidden from the Lord, and my right is disregarded by my God’? Have you not known? Have you not heard? The Lord is the everlasting God, the Creator of the ends of the earth. He does not faint or grow weary; his understanding is unsearchable.”

God says, “Wait just a minute! You want to compare me to these lifeless idols?! Look at the greatness of the creation.”

God brings out the host of heaven by number, calls them by name, and through his strength, not one of them is missing. God declares that he has named all the stars. That feat alone demonstrates the great power of God. Scientists estimate that in the entire universe there are over 10 billion trillion stars. That number itself boggles our mind. Who among us could easily recall the names of 1,000 people? Yet, God has named over 10 billion trillion stars. Not a single star is out of place—there isn’t a single star missing from where it’s supposed to be.

God does not faint or grow weary.

Because God is so powerful, the children of Israel had no reason to worry about their plight in Babylon. God says to them, “Why do you say, O Jacob, and speak, O Israel, ‘My way is hidden from the Lord, and my right is disregarded by my God’?” Because of God’s great power, he knew the plight of Israel and it was all part of his plan. Before the Babylonian Captivity, the Israelites struggled greatly with idolatry—over and over they were carried away by it. Yet, after that captivity, idolatry was no longer a problem—this affliction cleansed them of that sin.

I believe this text serves as an example of that. The captivity wasn’t a pleasant experience for the Israelites, yet it served the purpose of moving them closer to what God wanted them to be. God did so through his great power. Shall we rise through the POWER OF GOD—through trusting God’s power to providentially transform us into Jesus’ image?

“Even youths shall faint and be weary, and young men shall fall exhausted; but they who wait for the Lord shall renew their strength; they shall mount up with wings like eagles; they shall run and not be weary; they shall walk and not faint.”

The Israelites needed to wait for the Lord. Waiting on the Lord refers to a patient expectation that God will act in his time for our benefit. In the midst of the Assyrian threat upon Judah, Isaiah says (Is 8:17). Isaiah 40:1-2.

The point is that God doesn’t always use our timeline to do what we want him to do. God, in his power and sovereignty, knows the best time to act for both our discipline and our defense. God acts according to what is best.

Shall we rise in THE PATIENCE OF GOD? Shall we know that God does all things well and that he acts how and when it is best? Shall we patiently wait for him?