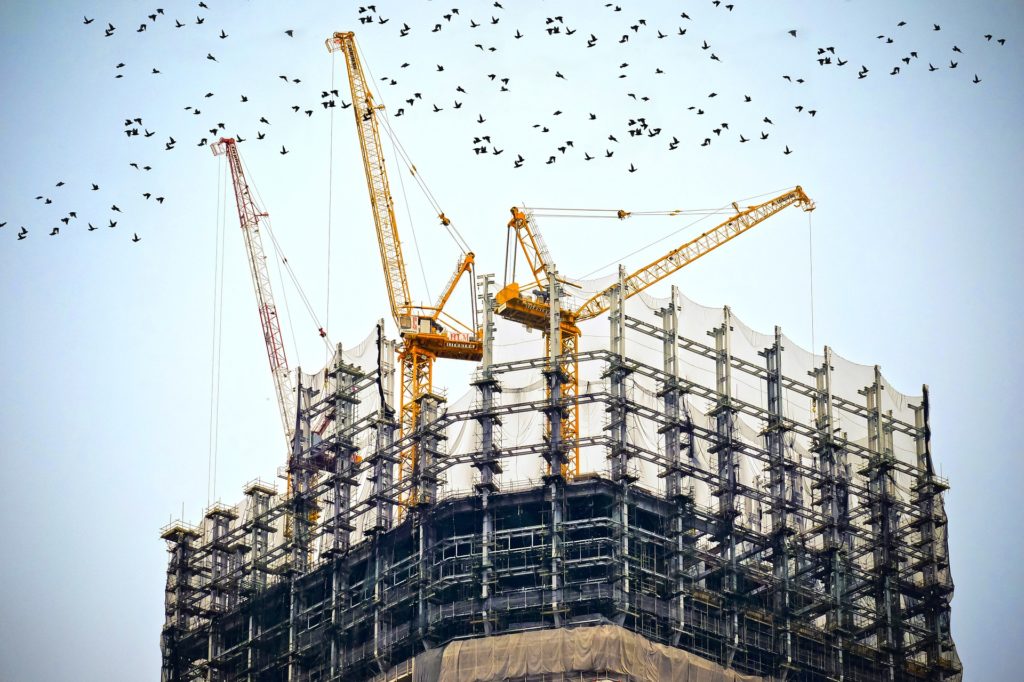 Some folks have their priorities precisely in order. Take, for example, the farmer who placed this ad in a New Mexico newspaper: “Farmer with 16- irrigated acres wants marriage-minded woman with tractor. When replying, please show picture of tractor.”

Our text this morning is about people who had trouble with their priorities.

Some fifty thousand folks returned to Judea following the Babylonian Captivity. Others returned under Ezra (458 BC) and Nehemiah (455 BC). Cyrus appointed Sheshbazzar governor of Judea, gave him some articles, and told him to take those articles and to rebuild the temple (Ezra 5:14-16). Under Jeshua and Zerubbabel, the altar and sacrifices were re-established, but the “foundation of the LORD’s temple had not yet been laid” (Ezra 3:1-6). The temple’s foundation had not yet been laid because the people faced many discouragements. They faced opposition, and some who remembered the former temple’s glory were disappointed at the way the new temple looked. The people became so discouraged that they soon stopped the construction.

“This is what the LORD Almighty says: ‘These people say, “The time has not yet come for the LORD’s house to be built.”’”

Hebrews 3:12-15. Notice that twice in that passage, the author tells us to act “Today.” Are we ready to act this very day without another moment’s procrastination?

Archias, the magistrate of Thebes, was sitting with many mighty men drinking wine. A messenger came in bringing him a letter, informing him of a conspiracy against his life and warning him to flee. Archias took the letter, but instead of opening it, put it into his pocket and said to the messenger who brought it, “Business tomorrow.”

The next day he died. Before he opened the letter, the government was captured. When he read the letter, it was simply too late.

Are we going to wait until it’s too late to act?

The Lord then said to Haggai, “Is it time for you yourselves to be living in your paneled houses, while this house remains a ruin?”

The Hebrew word for “paneled” can mean “covered,” “roofed,” or “paneled.” However, we understand the Hebrew word, the meaning of the text remains: The people had put the finishing touches on their homes, but they neglected the house of the Lord. They put themselves and their own desires in front of the Lord’s work.

Do we put ourselves and our own desires in front of the Lord’s work? We know that we are to sacrifice for the cause of Christ. “If anyone comes to me and does not hate his father and mother, his wife and children, his brothers and sisters—yes, even his own life—he cannot be my disciple. And anyone who does not carry his cross and follow me cannot be my disciple” (Lk 14:26-27). “What is more, I consider everything a loss compared to the surpassing greatness of knowing Christ Jesus my Lord, for whose sake I have lost all things. I consider them rubbish, that I may gain Christ” (Phil 3:8).

However, sometimes do we act more like the Jews in Haggai’s time than the disciples which Jesus desires? When we give to the work of the church, do we sacrifice, or do we live in luxury while we allow the Lord’s work to suffer? When it’s time to worship on Sunday evenings, do we come to honor the Lord, or do we stay home and watch our big-screen TV? When the elders announce a need for Sunday school teachers, do we rise to the challenge, or do we stay in our comfort zone with our friends in the class we enjoy? Are we willing to sacrifice for the cause of Christ, or do we seek our own comfort?

The Lord continually punished the Jews in Haggai’s day because they did not put first things first. They planted, but had little harvest; they ate, but never had enough; they clothed themselves, but were unable to keep warm; and they earned wages, but they soon lost their money. In the next several verses, God made it abundantly clear that they were punished for their sins. What the people had the Lord blew away because his house stood in ruins while the people were busy with the own houses. Because of the people’s sins, God sent a drought upon them.

In context, why was the rich man in the narrative of the rich man and Lazarus condemned (Lk 16:19-31)? Was it not precisely because he didn’t put first things first? Lazarus lay at his gate needing to be fed, and the rich man was only concerned with his own luxury and aid no attention to Lazarus?

Do you obey the voice of the Lord? You know that we’ve been instructed to obey the Lord. Jesus said, “Not everyone who says to me, ‘Lord, Lord,’ will enter the kingdom of heaven, but only he who does the will of my Father who is in heaven” (Matt 7:21). “Peter and the other apostles replied: ‘We must obey God rather than men!’” (Acts 5:29).

The people came and began working on the house of the LORD Almighty, their God.

Because of Haggai’s preaching, the temple was constructed in a short period of time. For sixteen years, the people had done absolutely nothing on the temple, but four years after Haggai began his ministry, the temple was completed. The people became productive.

With the British encamped at Germantown, George Washington held one of his inevitable councils of war. General Anthony Wayne was all for attacking without delay, but most of the other officers sat around the table offering innumerable excuses for holding back. When all the dissenting votes were in, Washington turned to Wayne, sitting quietly in a corner, reading a book. “What would you say, General?” Washington asked. Wayne slammed the book shut, then rose slowly to his feet, glaring defiance at the group of distinguished officers, “I’d say nothing, Sir. I’d fight.”

In verse 13, the Lord provides this promise, “I am with you.” No wonder they were able to complete the temple in just four years!

If God is with us, we will be able to accomplish much! You know that God is with us. Jesus directly said such in the Great Commission. Matthew records: “Surely I am with you always, to the very end of the age” (Matt 28:20). I’m not so certain, however, that Jesus’ promise there is unconditional—he had just told the disciples to go into all the world. Had they failed to go into all the world, I doubt seriously that God would have been with them. I doubt seriously that if we fail to do the Lord’s work that God will be with us!

Are we going to be a productive people?