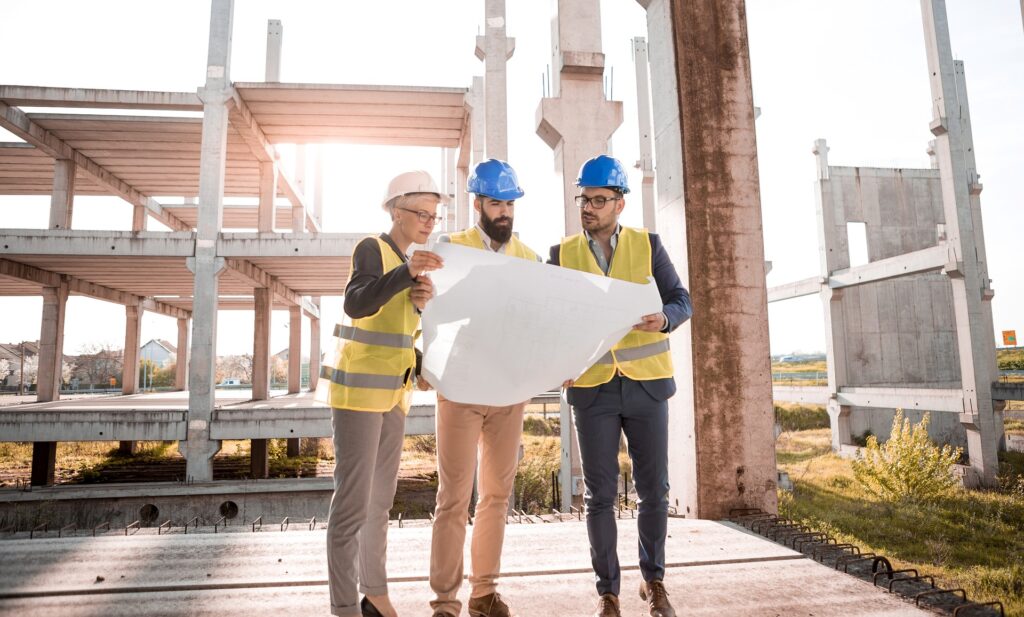 When Tammy and I first got married, she wanted a nice microwave cabinet. We bought the exact cabinet she wanted. I was determined to make a good impression on my bride; therefore, I was going to put that thing together by myself and I wouldn’t even need the directions.

That didn’t turn out very well. The cabinet would not go together the way it was supposed to. So, I asked Tammy to come and hold part of it while I put some screws where they belonged. She didn’t hold the pieces the way she was supposed to hold them, and no matter how plainly I told her what to do, she just didn’t do things right. We ended up having a colossal fight, and it’s not an exaggeration to say that Tammy and I almost divorced in the first two weeks of our marriage.

And, to top it all off, that microwave cabinet never did work properly—it would only stand up if you leaned it against the wall. After a while, the thing just collapsed, and we threw it away. A talented builder I am not.

Some of you are extremely talented builders. I’ve seen pictures on Facebook of what some of you have done and are doing. Others of you work in the construction field. Others of you could build a microwave cabinet out of a few scraps, and it would look marvelous.

But do you know who was really a talented builder? Nebuchadnezzar! He enlarged many of the streets in Babylon, he did major work on the religious shrines, and he built the hanging gardens (one of the ancient wonders of the world). Yet, as you know, Nebuchadnezzar took all the credit for his accomplishments and left Yahweh out of the picture altogether. As the king leaves God out, he’s sent to live out in the fields as a wild animal; while living as a beast, Nebuchadnezzar learns a vital lesson: “God opposes the proud.”

“Twelve months later” is such a sad statement. Nebuchadnezzar had a dream predicting his humiliation (Dan 4:4-18). When none of his wise men could interpret the dream, Daniel came and did so (Dan 4:19-26). Daniel tells the king: “Therefore, Your Majesty, be pleased to accept my advice: Renounce your sins by doing what is right, and your wickedness by being kind to the oppressed. It may be that then your prosperity will continue” (Dan 4:27). The king had been warned of the consequences of his sins, he had a year to prepare his heart, but he did absolutely no repenting in that time.

Nebuchadnezzar walked out on the roof of his palace and began bragging about all that he had built. Yes, he had built a great deal, but he said he did so by “[his] mighty power and for the glory of [his] majesty.” No acknowledgement of God; all Nebuchadnezzar.

Nebuchadnezzar’s problem was his pride. God had put him on the throne: Daniel told him, “Your Majesty, you are the king of kings. The God of heaven has given you dominion and power and might and glory” (Dan 2:37). We have a big problem when we have pride in our hearts. “When pride comes, then comes disgrace” (Prov 11:2). “Pride goes before destruction, a haughty spirit before a fall” (Prov 16:18).

“Even as the words were on his lips”—God didn’t wait to punish Nebuchadnezzar; his punishment came immediately.

A voice told the king that his kingdom would be taken from him and he would live as an animal until he acknowledged the God’s sovereignty. Notice that the last thing Nebuchadnezzar heard in his sanity was a voice from heaven and the very first thing he did when his sanity was restored was to raise his eyes to heaven (Dan 4:34).

Nebuchadnezzar’s isolation from man would continue until he acknowledged God’s sovereignty over all kingdoms. Nebuchadnezzar was not sovereign; God is sovereign.

The words against Nebuchadnezzar were fulfilled just as God had said.

Since “God opposes the proud,” how should you then live?

One: You must listen to God.

Nebuchadnezzar had been given a dream from God, and the Lord sent Daniel to the king to interpret that dream. However, the king refused to listen for an entire year; therefore, Nebuchadnezzar suffered the consequences.

Refusing to listen to God is the epitome of arrogance! When we arrogantly refuse to listen to God, dire consequences await. God had told Adam not to eat from the tree of the knowledge of good and evil; however, when Satan told Eve that she could be like God, she took of the fruit and ate (Gen 3:4-6). Eve, in her arrogant attempt to be like God, disregarded God’s word and plunged the world into sickness and death. Jesus warned Peter that he would deny the Lord, but Peter said, “Even if I have to die with you, I will never disown you” (Matt 26:34-35); later that very night, Peter denied Jesus. Peter, in his arrogance, refused to consider that he might sin.

Whenever we disregard Scripture, we put ourselves in God’s place and act in great arrogance; notice the Psalmist says the arrogant disregard God’s law: “You rebuke the arrogant, who are accursed, those who stray from your commands” (Ps 119:21).

To keep from being arrogant, spend serious time in the Word of God. Make you a plan to spend some time every single day in Scripture; then, do not be a forgetful hearer but be a doer of the word.

Two: You must recognize the role of God in your life.

Nebuchadnezzar forgot that none of what he had accomplished was done by his own power, his own strength, or his own greatness. God had given him everything he had.

We can never forget the role of God in our lives. No matter how well we do in our careers, God is the One who gave us the talents (cf. Matt 25:14-30). Everything you own—everything—came from the hand of a gracious God: “He has not left himself without testimony: He has shown kindness by giving you rain from heaven and crops in their seasons; he provides you with plenty of food and fills your hearts with joy” (Acts 14:17). God “is not served by human hands, as if he needed anything. Rather, he himself gives everyone life and breath and everything else” (Acts 17:25).

Three: Praise God for what he has given you.

Notice that the first thing Nebuchadnezzar does when his sanity returns is to praise God: Daniel 4:34-35, 37. Praising God for our blessings reminds us who is in control and who gives us all things to enjoy. “When you have eaten and are satisfied, praise the LORD your God for the good land he has given you” (Deut 8:10). “Give thanks in all circumstances; for this is God’s will for you in Christ Jesus” (1 Thess 5:18).

Since you’ve taken time to examine your blessings from the hand of God, why not go another step and get on your knees and thank God for all that he has done? Thankfulness to God is a great step in humility—Thanking God says that it is he who has done everything, thanking God says you are dependent upon him, and thanking God says all things come from his hand.

Nebuchadnezzar had an opportunity to learn “God opposes the proud” before he spent time as an animal, but he failed to do so. You and I have an opportunity this very morning to learn “God opposes the proud” and to act appropriately. When we act appropriately, God blesses us: “Humble yourselves before the Lord, and he will lift you up” (Js 4:10). Do you need to humble yourself before the Lord this morning?