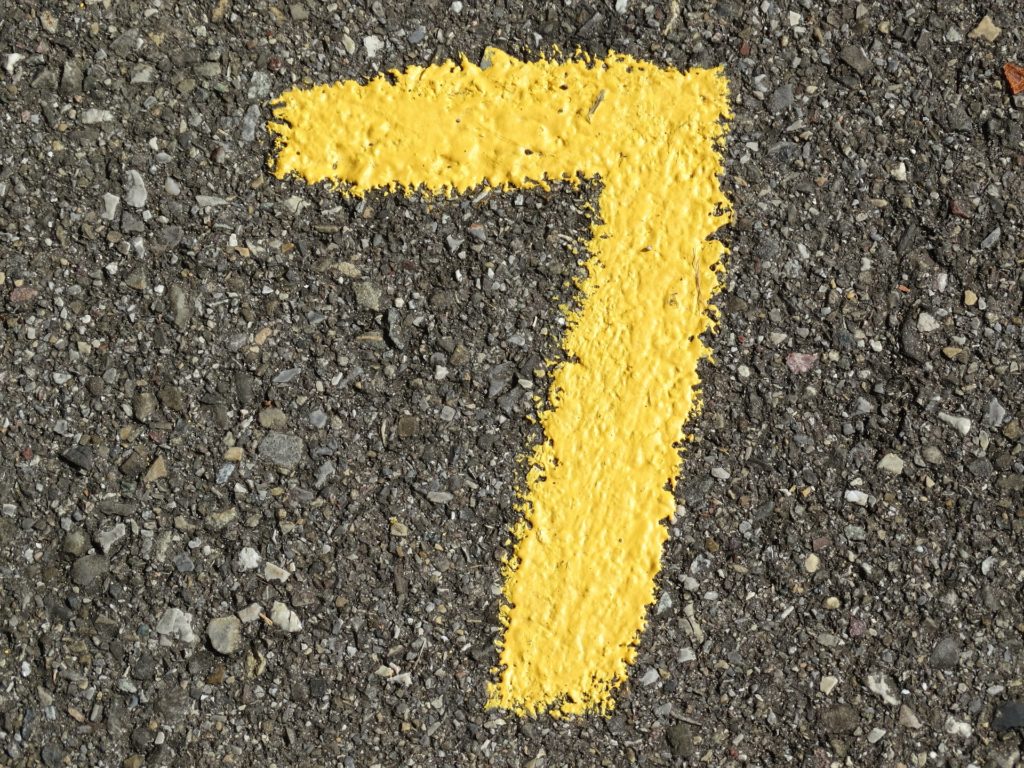 Imagine for a moment that you’ve been called by a Fortune 500 company, and they want you to start working with them immediately. The pay per week is more than you’ve ever made in a year, and the stock options you’ve been offered are unbeatable. This is a good, solid company, a company you respect. You like your coworkers-to-be. Everything sounds great, doesn’t it?

In my experience this is especially true of deacons. I have worked in congregations in the past that had deacons, but the deacons were not given any responsibilities—“Deacon” was really nothing more than something to put on the church bulletin on Sunday morning.

In a large sense, it doesn’t really matter what the congregation expects of the preacher, the elders, or the deacons. It’s what God expects that really matters. What’s really precious is when congregations such as this one understand that and hold the leadership to biblical, godly standards.

This evening, we want to learn a glimpse of what God expects from deacons by discussing the appointment of the first Seven.

There is some discussion as to whether or not the Seven in Acts 6 are really deacons or not. I don’t wish to get bogged down in a huge theological discussion about the pros and cons as seeing these men as the first deacons. However, I do believe that men were deacons—mainly because a form of the word “deacon” occurs twice in this text: “distribution” at verse 1 and “serve tables” at verse 2.

This evening, we want to see what happened in the Jerusalem church that we might better understand deacons in our own age.

In the days when the disciples were increasing in number, the Hellenists murmured against the Hebrews because their widows were neglected in the daily distribution.

The Hellenistic widows were being neglected in the daily distribution. The Hellenists were, of course, those who were Greek-speaking; thus they were probably not known to the apostles. These widows had probably come to Pentecost, been converted to Christianity, and decided to stay in Jerusalem; they likely didn’t have much income, therefore. The daily distribution was the food or money given to the poor from what was given to the apostles. The early Christians “sold their possessions and goods, and divided them among all, as anyone had need” (Acts 2:45). Acts 4:34-35.

The apostles gathered the church together and said, “It is not desirable that we should leave the word of God and serve tables.”

The apostles knew the importance of priorities, and they established proper priorities. They said, “Look, we know there’s a need, but our obligation is to preach the word of God; that’s got to be our number one priority.”

Every one of us needs to learn something from the apostles here: we need to establish proper priorities. There are far too many times that we do not establish good priorities: we allow our favorite TV program to crowd out prayer, we allow a golf game to crowd out going to a daughter’s piano recital, and we allow work to crowd out time for Bible study. Let us know what our priorities are and stick to those priorities! Frederick the Great won a strategic battle with comparative ease. When he was the secret of his success, he replied, “I had nine spies and one cook. The enemy had nine cooks and one spy.”

The apostles would not give up preaching to serve tables. They knew that preaching the Gospel had to be the first of their priorities.

Preaching the Gospel needs to be a priority for the church today, too many times we get caught up in when we should have VBS, where we should set the thermostat during services, whether we should get new carpeting for the building, and we forget to preach the Gospel. Only the Gospel has the power to change lives: “I am not ashamed of the gospel of Christ, for it is the power of God to salvation for everyone who believes” (Rom 1:16).

The apostles knew that they could not handle all the benevolence that needed to be done in the church and do it justice.

The apostles had something of a crisis on their hands: the Greeks were complaining, and the racial overtones of this dispute could have torn the church apart.

Because the church was facing an internal crisis, the apostles had to act, and they did act: They told the church, “Seek out from among you seven men of good reputation, full of the Holy Spirit and wisdom, whom we may appoint over this business.”

The church was to choose for themselves seven men for “this business.” I really do think there’s a lesson here about how to appoint leaders in the local church. The apostles did not go before the church and say, “Here are your seven men to do this work. Take ‘em or leave ‘em.” The church became involved in the selection of these seven men; they chose the men themselves.

It would be a grave mistake for churches today to have leaders forced upon them. Churches today ought to be involved in the selection of their leaders. I understand that the church is not a democracy, and it cannot operate like one. However, psychologically people prefer to choose their own leaders. God, since He created man, understood psychology, and He had the church here choose her own leaders.

The apostles would devote themselves to prayer and to the ministry of the word.

They would devote themselves to prayer. Prayer is important for the servant of God. Jesus spent much time in prayer during His ministry. The night before He called His disciples Jesus spent the entire night in prayer (Lk 6:12). When Jesus was transfigured, He took Peter, James, and John up the mountain to pray, and He was transfigured while He prayed (Lk 9:28-29). If Jesus recognized that He needed to spend time in prayer when He was the Son of God, how much more we servants of God need to spend in prayer! Do you spend the time in prayer that you ought? Do you devote yourself to prayer?

The apostles would also devote themselves to the ministry of the word. The apostles understood that those passages we read about evangelization of the world applied primarily to them. Remember what Jesus told the apostles at the beginning of Acts: “You shall receive power when the Holy Spirit has come upon you; and you shall be witnesses to Me in Jerusalem, and in all Judea and Samaria, and to the end of the earth” (Acts 1:8). The apostles were determined to fulfill their obligations before God. What about you? Will you fulfill your obligations before God?

What is so interesting is that the seven men chosen to care of the Hellenistic widows all had Greek names. What wisdom on behalf of the early church! Instead of holding a grudge against those who started the dispute, the early Christians sought to get rid of the dispute and appointed men from the group that grumbled to assist the Hellenistic widows. The fact that the church appointed Greek-speaking Christians to oversee the daily distribution to Greek widows demonstrates that they appointed the most qualified men. The church appointed men who knew the language and the people whom they would be serving.

The apostles demonstrate their dedication to prayer by praying at the appointment of the Seven.

The apostles laid their hands on the Seven. In the early church the laying on of hands could be no more than appointing someone to an office. Before the church sent Barnabas and Saul on their first missionary journey, they prayed, fasted and laid hands on them (Acts 13:3). This could be nothing more than that.

As you also know, it was through the laying on of the hands of the apostles that the Holy Spirit was given (Acts 8:18). Stephen (Acts 6:8) and Philip (Acts 8:6-7) both performed miracles. Therefore, it’s possible that this was the time when these Seven received the Holy Spirit.

I really don’t know which idea is better in this passage, for they both fit just as well.

“Then the word of God spread, and the number of the disciples multiplied greatly in Jerusalem, and a great many of the priests were obedient to the faith.”

The word of God increased. We should not at all be surprised that the word of God increased. The apostles had been freed from the work of caring for the benevolent needs in the church, and they were free to do nothing but pray and preach. That is the basic function of a deacon: to free the elders of work so that they can devote themselves to the spiritual needs of the congregation. Imagine if our elders spent all their time deciding on what color to paint the walls, taking food to the needy, and micromanaging this congregation. How could they have time to shepherd the flock? Therefore, we need deacons.

Notice that God’s plan worked. God realized that the apostles needed to be free to preach; He freed them, and the word of God spread like wildfire.

The number of disciples multiplied greatly in Jerusalem, and a great many of the priests were obedient to the faith. Again, the increase in disciples and the conversion of the priests is directly attributable to the appointment of these seven men.

But I’m not certain that these conversions occurred just because the apostles had more time to evangelize. I think what happened is that the apostles had more time to evangelize and people saw the care Christians showed one another. These deacons were caring for the poor, and the world saw that was different from anything they’d seen. Caring for the poor was far different from Greco-Roman ethics—the Greco-Romans believed the poor should just be neglected. This must have caused the world to say, “Maybe there’s something about this Christianity stuff. They care about one another; I want to be a part of a group that cares about its members.”

How well do you care for people? Do you need to come this evening and begin caring for people?