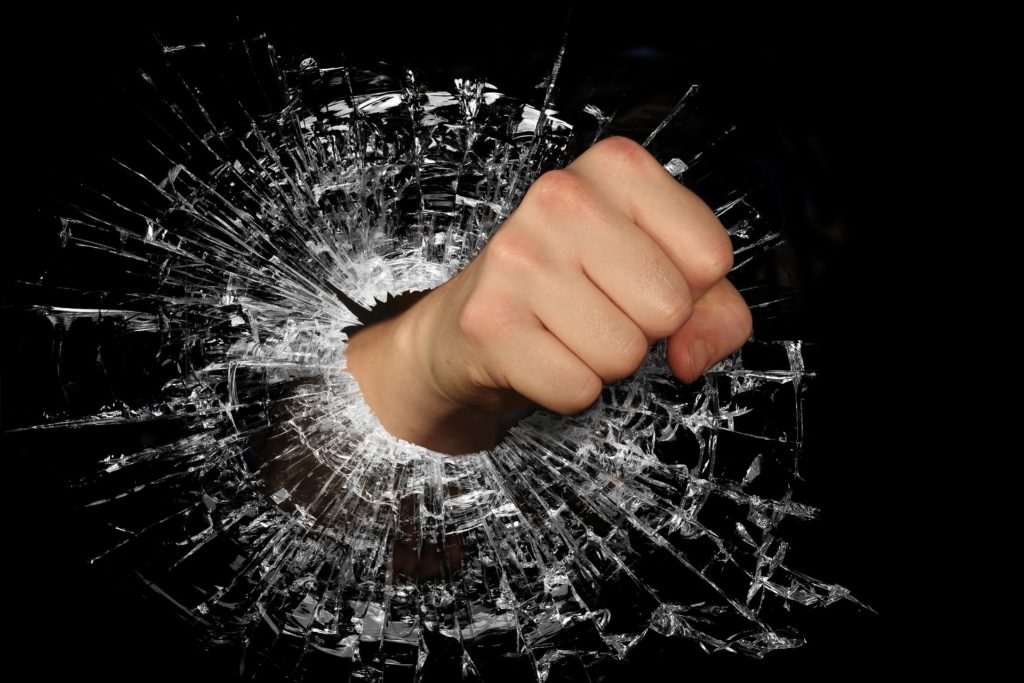 There is nothing wrong with anger, in and of itself. God is spoken of as being angry: “The wrath of God is revealed from heaven against all ungodliness and unrighteousness of men” (Rom. 1:18). Jesus became angry: When the Jews watched Jams to see if he would heal a man with a withered hand on the Sabbath, he looked “around at them with anger” (Mk. 3:5). “Be angry, and do not sin” (Eph. 4:26).

How we handle our anger determines whether or not anger is a sin. There are three different ways we can deal with anger:

This evening, we want to examine the narrative of Ahab and Naboth’s vineyard to see what we can learn about anger.

Ahab asked Naboth to give him his vineyard. Ahab wanted to make it into a vegetable garden. Ahab told Naboth that he would give him another vineyard or give him its worth in money.

Ahab’s basic problem here is covetousness. Covetousness is a desire to have what someone else has-so much so that you’re willing to do anything to get it; the Hebrew word for covet literally means an “inordinate, ungoverned, selfish desire.” Throughout Scripture God has condemned covetousness. “You shall not covet your neighbor’s house; you shall not covet your neighbor’s wife, nor his male servant, nor his female servant, nor his ox, nor his donkey, nor anything that is your neighbor’s” (Ex. 20:17). “And He said to them, ‘Take heed and beware of covetousness, for one’s life does not consist in the abundance of things he possesses’ ” (Lk 12:15).

Coveting often leads to serious trouble. Out of his covetousness, Ahab is going to kill Naboth. Achan coveted some of the spoil of Jericho and he took it. As a result, when the children of Israel originally wet against Ai, they were defeated. Then, Achan and his family were put to death for their sin.

Are we covering what doesn’t belong to us?

Naboth refused the king. The vineyard was his ancestral inheritance; the selling of paternal inheritance was forbidden in the Law (Num. 36:7). The loss of Naboth’s land would have meant the loss of position, and then he would have been dependent upon the royal family for income.

The king became angry. He went away “sullen and displeased”—He was feeling sorry for himself. He lay on his bed, turned away his face, and would not eat. All the king was thinking about was how things weren’t going his way.

Anger can consume us. We can spend all our time wondering how we’ll get even. We can bottle up that anger where anything anyone says sets us off.

Jezebel schemed to get the vineyard. Jezebel wrote letters in Ahab’s name to the leaders in the city. She told the leaders to proclaim a feast to honor Naboth. They were to seat two scoundrels before him who would claim he had blasphemed against God and against the king. They were then to take Naboth out and stone him.

Ahab allowed Jezebel to do this. She told him that she was going to get the vineyard; it’s not as if Jezebel went behind Ahab’s back. He never tried to stop her—he allowed her to do what she pleased. Ahab acted foolishly; there’s no reason why he should have acted the way he acted.

So many people act foolishly when they become angry. They say things they’ll soon regret. They act in ways that cannot be undone. Are we acting foolishly? Are we getting angry?

od was going to punish Ahab. God told Elijah to go to Samaria to speak to Ahab. Ahab was in the vineyard of Naboth. He had gone to take possession of it.

God told Elijah what to speak. God accused Ahab of murder and taking the vineyard-this shows that Jezebel acted with Ahab’s authority. Dogs would lick Ahab’s blood in the place they licked Naboth’s blood. This prophecy came true (1 Ki. 22:38).

Elijah found Ahab because Ahab sold himself to do evil in the sight of God.

Because Ahab had done this:

There was no one who was as wicked as Ahab. Because Ahab had lost his temper, God was going to make his life miserable.

If we’re not careful, anger will make our lives miserable as well. God will punish us for our anger. God always punishes sin. If we allow our anger to become sin, we will be punished.

Ahab’s reaction. He tore his clothes—such was a sign of mourning. He put sackcloth on his body. He fasted and lay in sackcloth. He went about mourning.

Because Ahab repented: God would not bring calamity on Ahab’s house in Ahab’s days, but God would do so in the days of his son.

Anger provides good reason for repentance. This is exactly what Ahab did—this is exactly what we need to do if we’re struggling with anger. Publicius Syrus said, “An angry man is again angry with himself when he returns to reason.”

We need to control our anger or we might see disastrous results as Ahab did.

God becomes angry at sin: “The wrath of God is revealed Rom heaven against all ungodliness and unrighteousness of men” (Rom. 1:18)