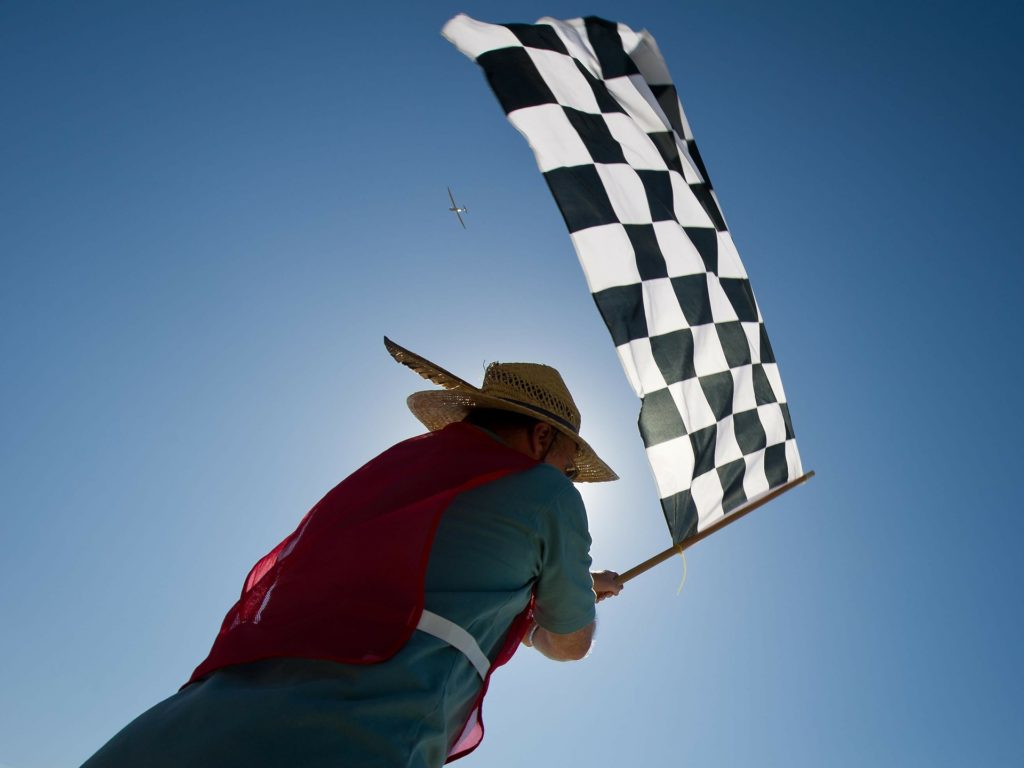 When I was at home, Memorial Day weekend meant two things: family and the Indy 500. My grandmother’s sisters always came in from Ohio to lay flowers at their parents’ graves. My dad was born and raised in Indiana, and he loves the Indy 500. As soon as the last “Amen” was uttered, we were out the door on our way home so that dad could hear those words: “Gentleman, start your engines.”

Every Memorial Day the Indy 500 is run in Speedway, Indiana. The first race occurred in 1911 and has been a Memorial Day tradition ever since, except during the United States’ involvement in both World Wars and the COVID-19 Pandemic. The Indy 500 has produced numerous memorable events: A. J. Foyt’s fourth win in 1977, Janet Guthrie as the first female driver in ’77, or Danica Patrick’s being the first woman to take the lead.

But the most inspiring event ever at the Indy 500 had to take place at the Brickyard in 1912. Ralph DePalma led for 198 laps, and broke record after record for 450 miles. Victory seemed sure—DePalma had an 8-lap lead and had only a lap and a half to go to the checkered flag. But then DePalma’s car stopped—some say his Mercedes developed an oil leak, and others say that a piston broke. Doesn’t matter. The car was dead on the track.

DePalma was undaunted; he and his riding mechanic Rupert Jeffkins jumped out of the car and pushed it for over a mile until they crossed the finish line. While DePalma and Jeffkins were pushing the car, Joe Dawson passed them and took victory. When DePalma crossed the finish line, he was disqualified, but it didn’t matter: The crowd gave him a standing ovation, and the story of his determination swept across the nation and made the Indy 500 the tradition it is today.

This weekend, we recall those who have crossed the finish line on the fields of battle to defend the freedoms we hold so dear. The original intent of Memorial Day, of course, was to recall those who gave their lives in this nation’s wars. But the day has evolved so that we remember our loved ones who have gone before, and many throughout this nation will go to cemeteries this weekend to recall their deceased loved ones. This morning, we want to ponder what those who have gone before would say to us if they could return for just a few moments. What advice would they offer? What perspectives might they share?

Of course, any ideas we could offer would be highly speculative, for we have no way of knowing what the dead would share. But, in this morning’s text, we have the advice of a man who knew he was about to die. “When the time drew near for David to die, he gave a charge to Solomon his son.” David knew the time had drawn near for him to die; he told Solomon, “I am about to go the way of all the earth.” What advice did a dying man have for his son?

Ralph DePalma had no way of imaging that to finish the Indy 500, he would need to get out of his Mercedes and push that dead car to the finish line. The car was supposed to provide its own forward progress—that was the whole idea of the invention less than 15 years old. DePalma was driving an AUTO-mobile—it was supposed to work on its own.

Solomon needed strength. Solomon would build the temple, an honor David desired but that was denied. Solomon would face temptation in the form of wives, and his fall would be dramatic: 1 Kings 11:1-8.

Where do we get the strength we need for this life? We gain strength by a realization we don’t have all the answers (2 Cor. 12:7-10). Before writing this paragraph, Paul recounted his journey into heaven. To keep Paul’s head from getting too big, God sent some affliction upon Paul. Paul begged and begged the Lord to take away his affliction. Christ refused to do so, but he told Paul that through Paul’s weakness, his strength would be manifest. Likewise, we become strong when we stop trying to deal with all our problems through our own power and realize that if we’re to overcome, it’s going to be, not by our own strength, but by the strength of the Lord.

“I can do everything through him who gives me strength” (Phil. 4:13). Notice that Paul didn’t say, “Hey, look at me. I’ve got all this strength, and I can do anything.” He realized he could do nothing of his own strength to handle his financial circumstances, that the strength he needed came from on high. Where do you get your strength?

Can you imagine how DePalma felt as his car came to a grinding halt on the speedway? Granted, the cars did not go nearly as fast as they do today. But having a car hit you at 50-60 miles an hour while you’re sitting still is not going to be a pleasant experience. This driver ignores those other cars whizzing around the track and gets out and starts to push.

Solomon needed courage, and his father encouraged him to take up that courage. David told Solomon, “Show yourself a man.” In other words, “Be courageous.”

How do we get the courage we need for this life? Our courage comes from the realization that God is God and will be with us. “Even though I walk through the valley of the shadow of death, I will fear no evil, for you are with me, your rod and your staff, they comfort me” (Ps. 23:4). Hebrews 13:5-6. Let us realize that God is on his throne, that he will never leave nor forsake us, and let us fight the battles ahead with courage!

That’s the advice David gave his son Solomon: “Son, walk in the ways of the Lord as he gave his servant Moses.” Oh, that David had taken that advice himself; he could have avoided much calamity. After David’s affair with Bathsheba, Nathan rebukes the king in strong words (2 Sam. 12:10-12). The sword never did depart from David’s house; in fact, three of his sons—Amnon, Absalom, and Adonijah—died violent deaths. Absalom lay with one of David’s concubines on the roof of the palace (2 Sam. 16:22).

Oh, that Solomon had taken that advice, he could have avoided much calamity. You know that Solomon followed the gods of all those women he married. Therefore, God divided the kingdom (1 Ki. 11:9-13).

Jesus called upon us to be faithful to his words. “Not everyone who says to me, ‘Lord, Lord,’ will enter the kingdom of heaven, but only he who does the will of my Father who is in heaven” (Matt. 7:21). “Everyone who hears these words of mine and puts them into practice is like a wise man who built his house on the rock. The rain came down, the streams rose, and the winds blew and beat against that house; yet it did not fall, because it had its foundation on the rock” (Matt. 7:24-25).

DePalma never had any idea that he would need to get out of his Mercedes and push that vehicle a mile-and-a-half. He could have just sat in his car, and the result would have been the same: he would lose the Indy 500 while Joe Dawson won. But DePalma had business to attend to: he had entered the Indy 500 to finish it, and he did. He took care of business: He stepped out of that car and started pushing.

Why would David command Solomon to have both Joab and Shimei killed? They had opposed David as king of Israel. Joab had killed in cold blood, murdered Absalom, and participated in Adonijah’s conspiracy to take the throne. Shimei cursed David and threw stones and dirt at him.

But why order Solomon to kill those two men? Aren’t these instructions equivalent to David’s telling Solomon to exercise male pride? No, not at all. David was king of God’s people, and any attack upon the king was an attack upon God. David had a chance to kill Saul, but he did cut off a piece of Saul’s garment. Afterwards David was conscience-stricken for having cut off part of Saul’s garment and said, “The LORD forbid that I should do such a thing to my master, the LORD’s anointed, or lift my hand against him; for he is the anointed of the LORD” (1 Sam. 24:6). David understood then that striking out at a leader of God’s people was the same as striking out at God. David here told Solomon, “You take care of business. You preserve the crown as representative of God’s rule.”