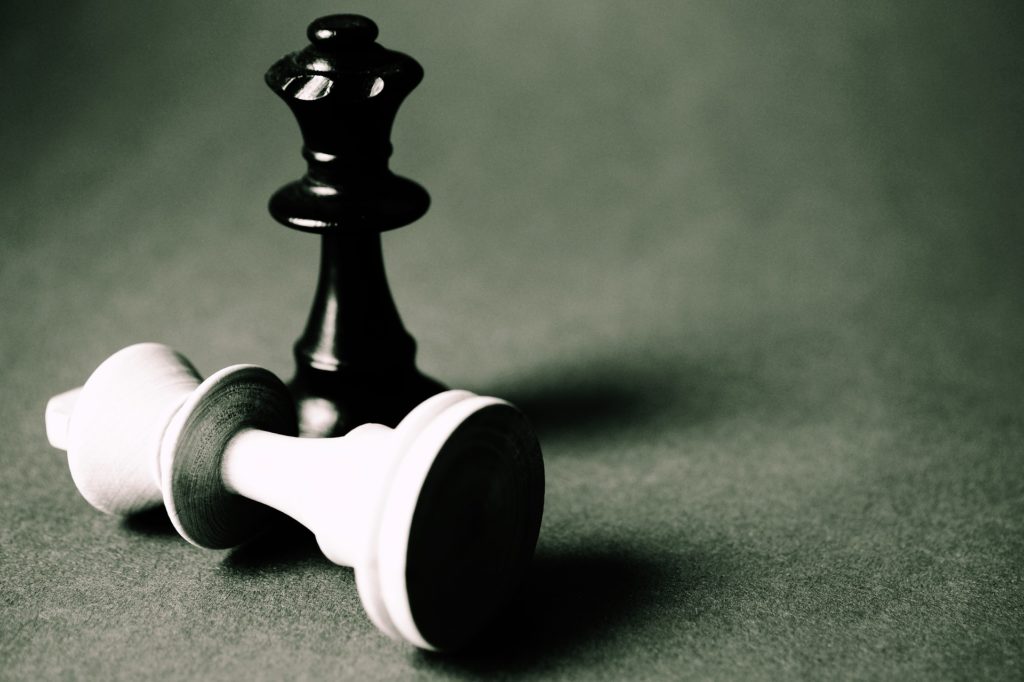 Enemies are easy to find. Jesus regularly irritated the scribes and Pharisees. More than once, Paul was forced to leave a city due to threats on his life.

No two people were more adversarial toward one another than Ahab and Elijah.

Let’s examine how Elijah handled Ahab and the false prophets in the kingdom.

We Should Challenge Our Opponents, vv 20-29

Ahab gathered all the children of Israel and the prophets to Mt. Carmel.

Elijah made the people an offer.

While there were 450 prophets of Baal, Elijah was the only prophet of God. What the majority does religiously is not right. While the majority will be lost, only a small minority will be saved (Matt. 7:13-14).

The prophets of Baal call upon Baal.

The prophets took a bull, prepared it, laid it on the altar, and called to Baal. The prophets called from morning till noon saying, “O Baal, hear us!” There was no answer. The prophets began to leap around the altar they had made.

Elijah mocked the prophets. He told them to cry aloud to Baal. Elijah reasoned that perhaps Baal was meditating, or busy, or one a journey or perhaps sleeping.

The prophets cut themselves with knives and lances attempting to get Baal to hear them.

Although these prophets continued to call to Baal, there was no answer.

Elijah challenged these prophets. He basically said, “If you are the prophets of Baal, prove it.” Elijah gave them a chance to prove they were right.

We, too, must challenge our opponents. “Prove the Bible condones instrumental music.” “Prove the Bible teaches salvation is by faith only.” Those who teach these doctrines must be prepared to defend them.

After challenging the prophets of Baal, Elijah took the challenge himself.

Elijah called for the people to come close to him. He repaired the altar of the LORD which had fallen down. He took 12 stones in honor of the 12 tribes of Israel to repair the altar. Elijah made a huge trench around the altar.

Elijah offered a bull. Elijah put the wood in order, cut the bull in pieces, and laid the bull on the altar. Elijah instructed the crowd to take four waterpots, fill them with water, and pour on the sacrifice. The crowd poured 12 full waterpots on the altar. Obviously the 12 pots are a tribute to the 12 tribes. Water ran all around the altar, and he filled the trench with water.

Elijah had pure motives. He wasn’t interested in making a great name for himself—He wanted the Israelites to turn back to God. When we challenge those around us, we cannot do so for our own glory. We need to save souls, not win arguments. Our works are to bring glory to God, not ourselves (Matt. 5:16).

Fire from the Lord consumed the sacrifice, the wood, the stones, and the dust, and the fire licked up the water in the trench.

Elijah seized the prophets of Baal and executed them.

Let us challenge our religious friends.