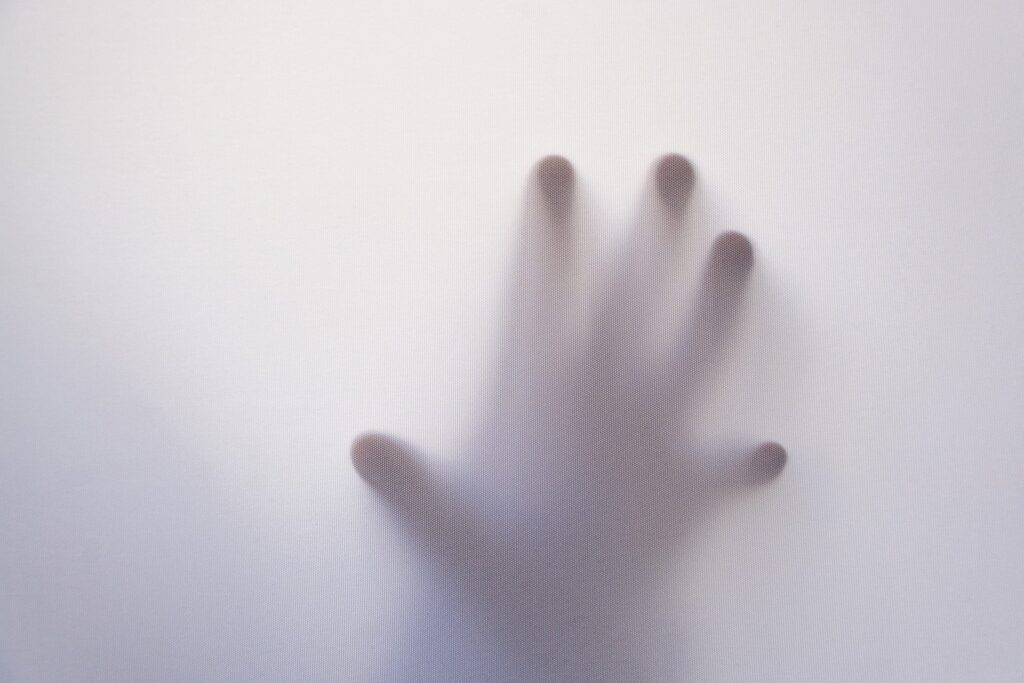 When I was about six years-old, my dad worked for Coca-Cola, and he left just before dawn. One morning after Dad had left, I started waking up from a nightmare, but before I was fully awake this monstrous-looking man came into my bedroom and stood at the foot of my bed. I remember being terrified, but I got up the courage to speak to this “thing,” and I asked, “Daddy, is that you?” Well, Mom heard me ask that, and she came flying up the hall to see who was in my room—I didn’t know my mom could run that fast!! As soon as Mom walked into my room, that monstrous thing disappeared. My mind simply played a trick when I was between sleep and wakefulness.

Well, Saturday is Halloween, and it’s the time of the year we tell scary stories. And, we’re going to tell a scary story this morning. The disciples are convinced they see a ghost, and they scream in fear. But they’re seeing no ghost—they’re seeing Jesus’s walking on the water toward them. The disciples soon recognize Jesus is the Son of God, and they recognize that Jesus is the way to overcome their fear. This morning, we’ll explore this passage to learn this truth: “You can choose faith over fear because Jesus Christ is the Son of God.”

After feeding the five thousand, Jesus sends the disciples to the other side of the Sea of Galilee while he dismisses the crowd. He then goes to the mountainside to pray. Pious Jews would set aside 2 hours a day for prayer; Jesus, however, spends the rest of the night in prayer. Jesus could do the miracles recorded in this passage because of a special relationship with the Father, a relationship evidenced by his prayer life.

The disciples’ boat was a considerable distance from the shore, the wind was against them, and the boat was being tossed every which way. Violent storms can arise on the Sea of Galilee without warning. Imagine being in a first-century boat while out on a tumultuous sea.

The Greek text tells us that Jesus went walking toward the disciples in the fourth watch of the night—that’s somewhere between 3:00 and 6:00 a.m. Jesus was also walking to the disciples from the east, so as the sun was starting to light the sky, Jesus would have been more visible to the Twelve.

Jewish tradition warned of dangerous and malevolent spirits roaming the night. Greek tradition said that the spirits of those who drowned hovered over the water at the exact spot they died. Having heard those traditions all their lives, the disciples are understandably terrified and think they’ve seen a ghost.

Jesus speaks to them immediately. He doesn’t allow their fear to well up inside of them—he calms their fears.

He urges the disciples to take courage and not be afraid, for “It is I.” Literally in Greek this is I AM and recalls Yahweh’s statement at the burning bush that he is the I AM. Jesus here claims Deity. Because he is divine, he could walk on the water, save Peter, and calm the storm.

Peter asks Jesus for permission to walk on the water; Jesus grants that permission and Peter gets out on the boat and begins walking on the water. However, when he sees the wind, he begins to fear and calls out to Jesus, “Lord, save me!”

We’re twice told in this narrative that Jesus acted “immediately.” When the disciples cried out in fear, Jesus immediately spoke and calmed their fears. When Peter began to sink, Jesus immediately reached out his hand for rescue. I don’t believe that’s an accident—instead, Matthew is presenting Jesus as One who serves his people as soon as they need it.

While Jesus caught Peter, the Lord chastised him and asked why he doubted; that’s such a valid question. Look simply at the immediate context of Matthew 14. Jesus has fed five thousand men besides the women and children present (Matt 14:13-21). As Peter struggles with his doubt, there is the Creator of the Universe in front of him and that Creator is walking on the water—surely the Lord can help Peter do the same!

When Jesus gets in the boat, the wind abates. If that doesn’t demonstrate that Jesus is no ordinary man, nothing will.

The ones in the boat worshiped Jesus by saying, “Truly you are the Son of God.” The purpose of Matthew’s Gospel seems to be to establish Jesus’s Messiahship to the Jews. This passage plays an important role in establishing that truth—Jesus walks on the water, helps a disciple do the same, and then he calms the storm. Who else can this Man be but the Son of God?

“You can choose faith over fear because Jesus Christ is the Son of God.” Therefore:

You need to believe that Jesus Christ is the Son of God.

The disciples believed because of this miracle, and Matthew uses this event to help you understand that truth. You might be tempted to say, “Justin, we do. That’s why we’re here this morning.” Great, but spend time in Scripture that your faith may be made more firm. Faith can always grow, and spending time in Scripture will increase your faith. “You study the Scriptures diligently because you think that in them you have eternal life. These are the very Scriptures that testify about me” (Jn 5:39). John 20:30-31. Read John’s Gospel that you, too, might exclaim, “Truly, this is the Son of God!”

You need to confess that Jesus Christ is the Son of God.

It’s what the disciples do when Jesus gets in the boat and the winds abate. It’s what we can do when we are in a fearful situation. Think of Paul and Silas; they have been stripped, severely flogged, thrown into the inner cell, and had their feet fasted in stocks. But “about midnight Paul and Silas were praying and singing hymns to God” (Acts 16:25). They were confessing their faith in Jesus Christ, for whom they were imprisoned. You see, “the other prisoners were listening to them.” After the earthquake opened the prison doors, why did the jailer come and ask them how to be saved? Could it not be the way they confessed their faith when they were facing a decision of faith over fear? You have no idea what living your faith in times of potential fear could do for others.

You need to worship Jesus Christ as the Son of God.

That’s what the disciples did as Jesus stepped in the boat. They worship after their fear is gone, but can we not worship in our fear? Immediately after being told that his children had been killed, Job “fell to the ground in worship” (Job 1:20). Job knew that no matter took place in his life, God deserved his worship. How is our worship—not just coming and sitting in a church building—but truly honoring God through our worship?

Recognize that with Jesus as the Son of God we have no reason to fear.

The disciples had no reason to fear when they thought they saw a ghost; they were seeing Jesus, the Son of God. Jesus told us there is no reason for fear: “Can any one of you by worrying add a single hour to your life?” (Matt 6:27). Instead of worrying, Jesus said that we can trust in God and put him first in our lives and we would have our needs met.

Recognize the power of Jesus as the Son of God.

The disciples confess and worship after they have witnessed the great power of Jesus. They had no reason to fear Jesus as a ghost. He had power over nature—he walked on the water and he calmed the storm. If Jesus Christ can do that, he has the power to help you in your moment of fear, in your moment of temptation, in your moment of trial. Ephesians 3:20-21.

This might be the week for frights and for scares and ghosts stories, but “You can choose faith over fear because Jesus Christ is the Son of God.” Have you confessed your faith is in Lordship and are you living faithfully because of his Lordship?