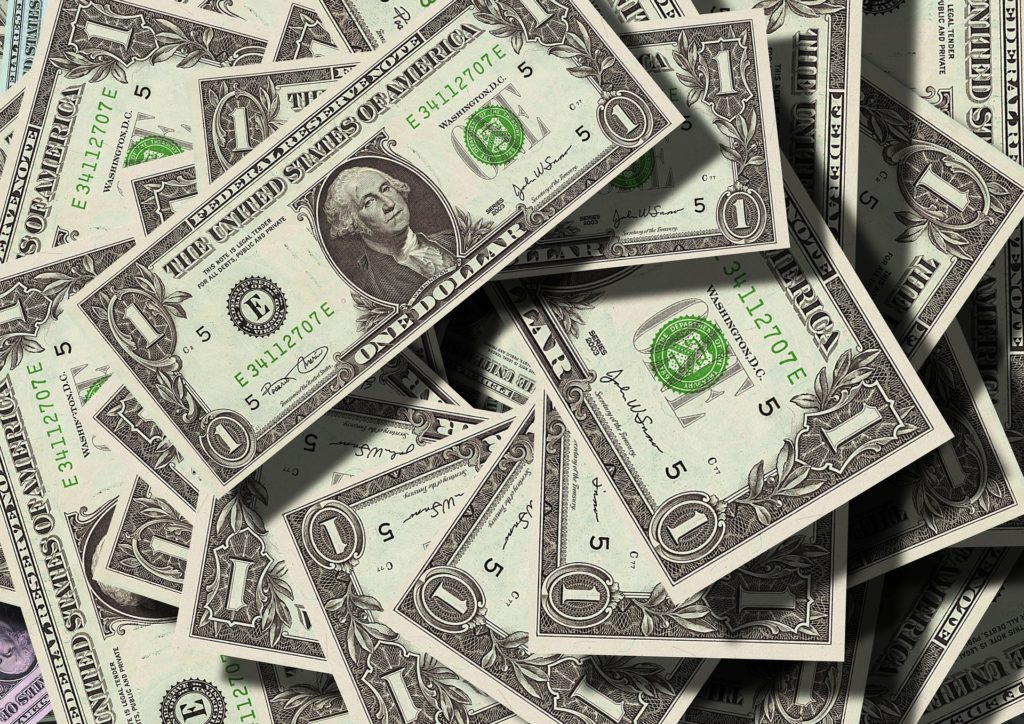 A wealthy Texas was in the habit of giving his dad unique gifts on Father’s Day. One year it was lessons on hang-gliding. The year before that it was the entire record collection of Slim Whitman’s hits.

But this past year he felt he had outdone himself. He purchased a rare kind of talking bird that could speak five languages and sing “The Yellow Rose of Texas” while standing on one foot. The talented bird cost ten thousand dollars, but the man felt it was every penny for his father. This would be a Father’s Day gift his dad would never forget.

A week after Father’s Day he called his father, “Dad, how did you like the bird?” His father responded, “It was delicious!”

How many times have you given a gift that was just not appreciated by the person who received it? My grandmother simply doesn’t know how to shop for me. Every year at Christmas she tried—and, the tries really hard—but the clothes she buys are way too little and I really couldn’t stand to wear some of the things she gets. The deal is that she likes what she buys me, but I don’t like it. And I say that each of us has been in that scenario—either on the giving or the receiving end.

What about when we give to God? Following biblical precedent, we give each Lord’s day, but is the Lord pleased with what we give? What about the other things we give to God—our time, our efforts, our lives—is he pleased with our giving? This evening, we want to explore the case of a woman who greatly pleased the Lord with her giving.

Jesus “sat down opposite the treasury, and watched the multitude putting money into the treasury. Many rich people put in large sums.”

The treasury here probably refers to the thirteen trumpet-like chests placed at intervals around the wall in the court of women. As you put your money into these chests, your coins made a great sound. Thus, people knew how much you gave by the sound they heard.

But, of course, many who gave great sums gave so that they could have the praise of others. “When you give alms, sound no trumpet before you, as the hypocrites do in the synagogues and int eh streets, that they may be praised by men. Truly, I say to you, they have received their reward” (Matt 6:2). We’re to give because we want to give: “God loves a cheerful giver” (2 Cor 9:7)—not because we want others to see us give and praise us. In fact, Jesus says that we’re not to go around telling everyone what we give—“When you give alms, do not let your left hand know what your right hand is doing, so that your alms may be in secret” (Matt 6:3-4).

“And a poor widow came, and put in two copper coins, which make a penny.”

A woman came to give who was a poor widow. As a widow, she probably had no livelihood. The fact she’s poor tends to support that conclusion—This is not a woman like Lydia who was an entrepreneur and could earn her own money and be okay.

She came and put in two copper coins, which make a penny. In Greek, we are told this woman gave two leptons, a Jewish currency, compared to a penny, which was a Roman currency. The lepton, or mite, as the King James Version has, is worth 1/64 of a day’s wage. The widow gave two of these coins. So, if you work an 8-hour day, this woman gave what you would earn in 15 minutes. If you were working for minimum wage, that would be roughly 40 cents in modern terms.

Jesus called his disciples over to him and told them, “Truly, I say to you, this poor widow has put in more than all those who are contributing to the treasury. For they all contributed out of their abundance; but she out of her poverty has put in everything she had, her whole living.”

Would you like to have seen the disciples’ faces when Jesus told them the widow gave more than the wealthy? I wonder if they didn’t say—or at least were tempted to say—something like, “Now, wait a minute, Jesus. You mean to tell me that the woman who gave what I earn in 15 minutes has given more than all those who earn more than I could earn in five years?”

Jesus explained why the poor widow gave more than the others. The rich gave out of their abundance—They weren’t going to miss that money at all; it wasn’t any skin off their teeth that money was gone. The widow, on the other hand, gave out of her poverty, for she gave her entire livelihood. From a human way of thinking, I want to run up to this poor woman and say, “Don’t you dare give that money. Here let me give you some.” I want to do that in part because the temple was a place of great wealth, and because temple authorities often wasted the money on themselves. They’d be like those in our culture who run charitable organizations and have lavish salaries when people scrape to give to those groups.

Jesus said that the widow gave all that she had. This woman had no more savings—no money-market account, no 401k, nothing.

This woman shows a great amount of trust in God and in her fellow Israelites when she gives. The Israelites were required to care for widows. Leviticus 14:28-29. “Learn to do good; seek justice, rescue the oppressed, defend the orphan, plead for the widow” (Is 1:17).

When we give, should we not put our trust in God and in our fellow brethren? God has promised to bless those who give. “Give, and it will be given to you. A good measure, pressed down, shaken together, running over, will be put into your lap; for the measure you give will be the measure you get back” (Lk 6:38). God didn’t promise he’d put money in our lap—as some attempt to preach—but he promised he would bless us.

What Should We Learn?

The attitude with which we give is more important than how much we give.

This widow gave so little from a monetary standpoint it’s hardly worth mentioning. What she gave would support neither the temple structure itself or any good work carried out in the name of Judaism. Sometimes what we give may hardly be worth mentioning from a monetary standpoint—what we give may be only an infinitesimal amount needed to carry out some good work.

But this widow’s attitude is where she shines. Her willingness to give, although she had so very little tells us that her heart was in the right place; this was a woman who wanted to give in spite of what it might cost her.

Does not the attitude with which we give say a lot about who we are? If at Christmas, someone comes and gives you a gift and says, “I didn’t really want to get you anything, but I just thought it would look too bad not to get you something”—how pleased are you going to be with that gift? “Each of you must give as you have made up your mind, not reluctantly or under compulsion, for God loves a cheerful giver” (2 Cor 9:7).

This passage also teaches that Jesus turns everything on its head.

The people thought that what mattered was the amount you gave; they paid little, if any, attention to the attitude of one who gave. Jesus comes along and says, “No, let’s turn this mistaken belief 180 degrees on its head. Attitude, not amount, is important.”

There are many parts of life that seem so right to us when we look at them, but then Jesus says, “No, it’s just the opposite.” For example, it seems to many that folks who have this world’s money ought to be served by everyone else—that the great people of this world should be served by others. You know what Jesus said: “Whoever wishes to be great among you must be your servant, and whoever wishes to be first among you must be your slave” (Matt 20:26-27) Throughout the Gospels, Jesus revolutionized the way people thought, and he does that here.

This poor widow teaches us much about giving, and she primarily teaches that it’s how we give, not so much that we give.

Yet, there is something we can give that is quite important: We can give our lives. It’s not possible to give our lives to the Lord Jesus without the proper attitude. Do you need to come tonight and give Jesus your life?