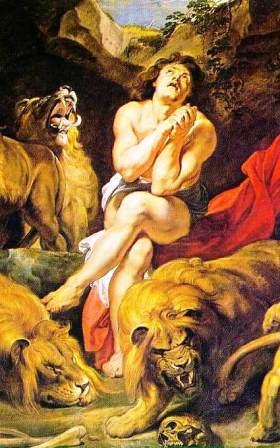 The Date of Daniel

As we have previously mentioned, the liberal view is that the Book of Daniel was written during the time of Antiochus IV Epiphanes.

The reasoning is that because Daniel so accurately portrays Antiochus’ reign, only a person living in that time frame could write so precisely. Samuel Rolles Driver, a well-known liberal scholar, published a commentary on Daniel in 1901. In that commentary, he writes: “The minuteness of the predictions, embracing even special events in the distant future, is . . . out of harmony with the analogy of prophecy.” It should, in all fairness, be pointed out that Driver did not deny predictive prophecy. Yet, he did have difficulty with Daniel’s writing about events so far in the future.

The issue with many interpreters rests with an anti-supernatural bias. Because they are absolutely persuaded that God could not have given Daniel detailed information about events 400 years in the future, they come to the Book believing it could not have been written during the Babylonian Captivity. They then find so-called “evidence” in the book that it had to be written during Antiochus’ reign and they have just “proven” that God, through Daniel, did not predict future events. It is really circular reasoning to fit their own biases.

Why does it matter?

If it could be established as a fact that God did not give a Hebrew youth visions of the future, when the Book claims he did, how can we trust any of Scripture? If the Book of Daniel is a fraud, then Jesus, too, was a fraud. “When you see the abomination of desolation spoken of by the prophet Daniel, standing in the holy place (let the reader understand), then let those who are in Judea flee to the mountains” (Matt 24:15-16). Shouldn’t we be able to expect the Son of God to know whether Daniel was a historical figure who prophesied in the 6th century BC? I understand that this is strong language, but I am fully persuaded that the date of Daniel is a lack and white issue—either it (and the rest of Scripture) is from God or else it isn’t.

At one point, this garbage was contained only in seminaries of liberal Protestant denominations. However, Newsweek, Time, the Discovery Channel, and other media outlets have made these liberal ideas widely known. Some study Bibles also contain notes declaring that Daniel was written in the 2nd century. In fact, this past Monday (04/06/09), the History Channel has a special on prophecy and in that program, they said something to the effect: “Most scholars now believe that Daniel was written during the reign of Antiochus IV.”

Therefore, I believe it’s essential that we take some time to establish the Scriptures to be reliable. I do not want to spend a great deal of time on this point, for there is much that can be said in regard to the date of Daniel. But, I do want to spend enough time that we can give an answer as to why we believe Daniel to have been written when the Word of God claims it was.

Evidence for an Early Date

The testimony of the Book is that it was written by Daniel. Daniel 7:2; 8:1; 9:2; 12:4, 9. It is amazing that “scholars” living so long after the writing of Daniel would know more about who wrote it than the author himself!

The ancient Jews believed that no books were added to the Old Testament after the reign of Artaxerxes (464-424 BC). About this, Josephus writes: “This interval of time [the writing of the Old Testament] was little short of three thousand years; but as to the time from the death of Moses till the reign of Artaxerxes king of Persia, who reigned after Xerxes, the prophets, who were after Moses, wrote down what was done in their times in thirteen books [the Minor Prophets were considered one book: “The Book of the Twelve”]. The remaining four books contain hymns to God, and precepts for the conduct of human life. It is true, our history hath been written since Artaxerxes very particularly, but hath not been esteemed of the like authority with the former by our forefathers, because there hath not been an exact succession of prophets since that time; and how firmly we have given credit to these books of our own nation is evident by what we do; for during so many ages as have already passed, no one has been so bold as either to add any thing to them, to take any thing from them, or to make any change in them; but it is become natural to all Jews immediately, and from their very birth, to esteem these books to contain Divine doctrines, and to persist in them, and, if occasion be willingly to die for them” (Against Apion, I.8).

While the Jews accepted no books as divine after the reign of Artaxerxes, they always accepted the Book of Daniel as canonical. Other books were written during this time period (e.g., 1 and 2 Maccabees). Josephus says that such books “hath not been esteemed of the like authority with the former by our forefathers.” If Daniel were written during after the time of Artaxerxes, why did the Jews accept it authoritatively?

The casting of Daniel’s three companions and Daniel’s casting into the den of lions is recorded in 1 Maccabees 2:59-60. 1 Maccabees was likely written about 100 BC. In a time without the printing press and Internet, it took considerable time for books to gain a widespread readership (remember, books had to be copied by hand). It seems highly unlikely that a book could have gained a wide readership in just 60 years.

As we have already mentioned, Jesus Christ believed the Book of Daniel was written by the historic Daniel.

Josephus, writing about AD 94, accepted the Book of Daniel as historic. As we mentioned last week, Josephus says that the Book of Daniel was shown to Alexander the Great. “When he went up into the temple, he offered sacrifice to God, according to the high priest’s direction, and magnificently treated both the high priest and the priests. And when the Book of Daniel was showed him wherein Daniel declared that one of the Greeks should destroy the empire of the Persians, he supposed that himself was the person intended. And . . . he was then glad” (Antiquities of the Jews, XI.8.5). While most modern scholars do not believe that Alexander the Great ever set foot in Jerusalem, Josephus’ mention of this legend demonstrates a Jewish belief that Daniel was written well-before the time of Alexander.

Josephus also recounts the terrible events surrounding the reign of Antiochus IV. “It so came to pass, that our nation suffered these things under Antiochus Epiphanes, according to Daniel’s vision, and what he wrote many years before they came to pass. In the very same manner Daniel also wrote concerning the Roman government, and that our country should be made desolate by them. All these things did this man leave in writing, as God had showed them to him, insomuch that such as read his prophecies, and see how they have been fulfilled, would wonder at the honor wherewith God honored Daniel” (Antiquities of the Jews, X.11.7).

The Book of Daniel is quite precise in the descriptions of ancient culture. If one wanted to forge a letter from George Washington, he would obviously need to write in the style of George Washington. The author of such a forgery would need a good grasp of the geography, political climate, culture, etc., of George Washington’s day. Today, one could easily gain such knowledge through much reading. Yet, how difficult would it be for one writing in the 2nd century BC to have such knowledge of the 6th century BC? Documents from 6th century Persia would have been in short supply in 2nd century Palestine.

However, Daniel shows an immense accurate knowledge of the 6th century Persia. Daniel is quite precise in the way he describes the magi (2:4, 27). Archaeological discoveries have confirmed the accuracy of Daniel’s description. Daniel describes the practice of Belshazzar’s wives and concubines eating with men on festive occasions (5:1-4). This was the practice in ancient Persia, but it was not the practice in ancient Palestine. Daniel refers to the law of the Medes and Persians (5:28; 6:8, 12, 15); in later history, because of the rise of the Persian Empire, the Persians were mentioned first (cf. Est 1:19). Daniel places the city of Shushan in the province of Elam (8:2); later, however, the city was located in the province of Susiana.

Scrolls of Daniel have been found at Qumran (the community that gave us the Dead Sea Scrolls). Evidence from these scrolls show that the original was composed several hundred years before the second century BC.

By the time of the Greek writer Herodotus, the name “Belshazzar” (5:1) had disappeared until it was rediscovered in the late 1800’s. How could a writer in the second century BC get a name right when the name had disappeared from historical records?