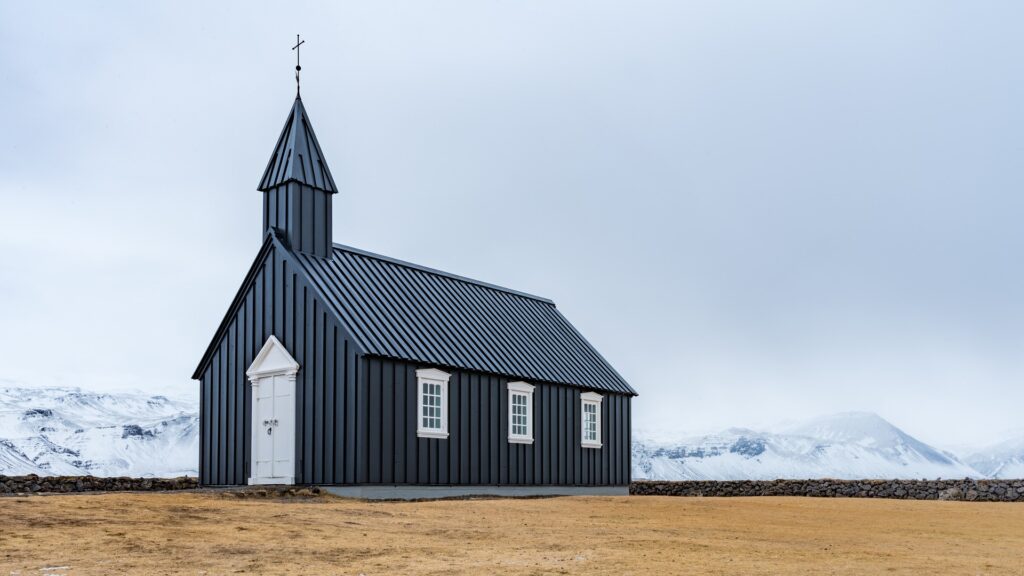 Can You Be Saved in a Denomination?

Leaders of denominations often prayed that the members of various denominations would come together. Martin Luther said, “I pray you leave my name alone. Do not call yourselves Lutherans, but Christians.” John Wesley, the founder of the Methodist Church said, “I wish the name Methodist might never be mentioned again, but lost in eternal oblivion.” Charles Spurgeon, a great Baptist preacher known as the “Prince of preachers” said, “I say of the Baptist name, let it perish, but let Christ’s own name last forever. I look forward with pleasure to the day when there will not be a Baptist living.”

God Does Not Accept Improper Baptism

Many denominational baptisms do not meet the requirements of Scripture.

Many denominations sprinkle and call that baptism.

The Greek term for “baptize” means “to immerse,” even denominational scholars admit that. Baptism is spoken of as a burial in the New Testament. “We were buried with Him through baptism into death” (Rom. 6:4). We were “buried with him in baptism” (Col. 2:12).

The New Testament speaks of baptism as involving a going down into the water and coming back up out of the water. “When he had been baptized, Jesus came up immediately from the water” (Matt. 3:16). Acts 8:38-39. “Now John also was baptizing in Aenon near Salim, because there was much water there” (Jn. 3:23). If John wasn’t immersing, why did he need to baptize where there was much water?

Many denominations baptize children, but children cannot be proper subjects for baptism.

“He who believes and is baptized will be saved” (Mk. 16:16). How can a child believe? “Repent, and let every one of you be baptized” (Acts 2:38). How will a child know enough to repent? What sins has a child committed for which he needs to repent? “If you confess with your mouth the Lord Jesus and believe in your heart that God has raised Him from the dead, you will be saved” (Rom. 10:9). How is a child going to confess his faith?

Many denominations baptize for some purpose other than the remission of sins.

God Condemns Those Who Teach and Practice False Doctrine

The Bible has strong words for those who teach and practice error. “Even if we, or an angel from heaven, preach any other gospel to you than what we have preached to you, let him be accursed” (Gal. 1:8). The Greek term for “accursed” actually means “set aside for destruction.” Those who teach error are set aside for destruction; they will be lost. “Whoever transgresses and does not abide in the doctrine of Christ does not have God” (2 Jn. 9). This refers to those who practice what is error as well as those who teach it. Even those who simply follow error–who never teach it–will be lost; they do not have God. “Beware lest anyone cheat you through philosophy and empty deceit, according to the tradition of men, according to the basic principles of the world, and not according to Christ” (Col. 2:8). “Do not be carried about with various and strange doctrines” (Heb. 13:9).

We have a responsibility to study the Bible to make sure what we’re being told is true. “These [the Bereans] were more fair minded than those in Thessalonica, in that they received the word with all readiness, and searched the Scriptures daily to find out whether these things were so” (Acts 17:11). They didn’t say, “Paul and Silas are good boys. They have to be telling us the truth.” They searched the Scriptures to be sure they were being taught the truth. Don’t take anyone’s word for what the Bible teaches–study it for yourself.

God Does Not Accept False Worship

God punishes those who worship falsely. When Nadab and Abihu offered profane fire before the LORD, fire came from the LORD and devoured them (Lev. 10:1-2). “In vain they worship Me, Teaching as doctrines the commandments of men” (Matt. 15:9). “God is Spirit, and those who worship Him must worship in spirit and truth” (Jn. 4:24). Jesus said that we must worship God in spirit and in truth–we don’t have an option. Since we are to worship God in truth, it is obviously clear that we cart worship in error.

So many groups worship in error.

They may use instrumental music in worship.

Singing is the only thing I have a right to do. These two texts–and every other text involving music in New Testament worship–only mention singing. No one ever defends instrumental music based upon whether or not that’s what God wants. They say things like, “I like the piano. I don’t see what harm it does.” I don’t care if you like the piano-the question is, “Does God like the piano?”

They may not take the Lord’s Supper on the first day of the week.

They may allow women to lead the worship.

They say that we’re in the 21st century–women should take a leading role in worship. But, the Bible won’t allow that. “I do not permit a woman to teach or to have authority over a man, but to be in silence” (1 Tim. 2:12). Many people say, “That applied just to the first century.” But, in vv. 13-14 Paul gave the reasons these prohibitions to the Creation and Fall.

Are there faithful Christians in denominations? No.

But, there are unfaithful Christians in every congregation of the Lord’s church. Are you unfaithful? Do you need to respond to the invitation this morning?