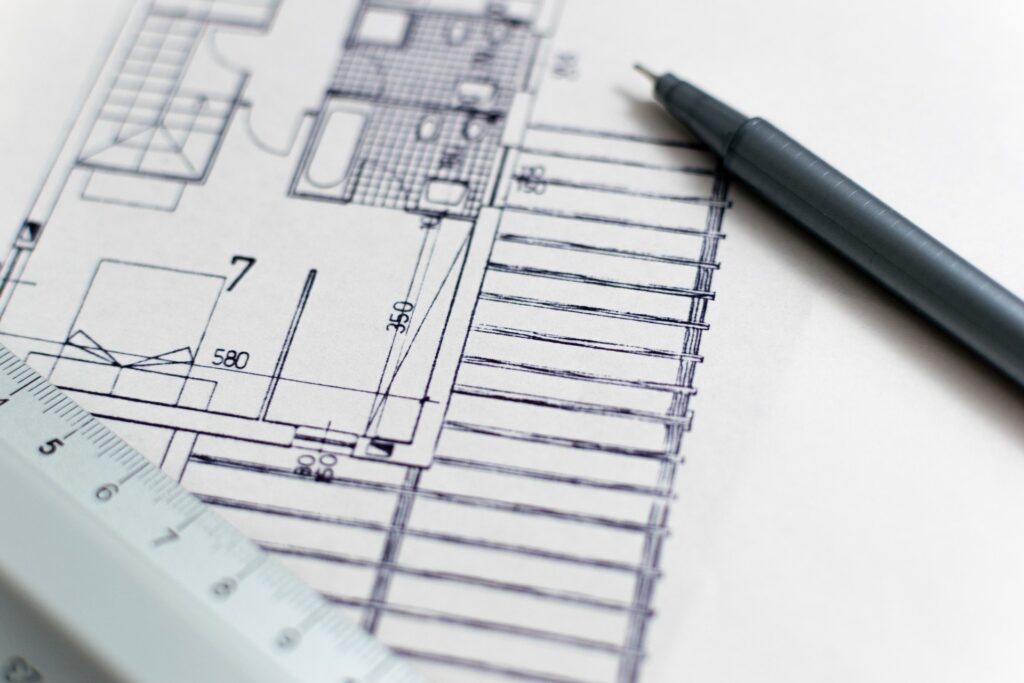 “As I watched them tear a building down
A gang of men in a busy town
With a ho-heave-ho, and a lusty yell
They swung a beam and the side wall fell.

I asked the foreman, ‘Are these men skilled,
And the men you’d hire if you wanted to build?’
He gave a laugh and said, ‘No. indeed,
Just common labor is all I need.’

‘I can easily wreck in a day or two,
What builders have taken years to do.’
And I thought to myself, as I went my way
Which of these roles have I tried to play?

Am I a builder who works with care,
Measuring life by rule and square?
Am I shaping my work to a well-made plan
Patiently doing the best I can?

Or am I a wrecker who walks to town
Content with the Labor of tearing down?
‘O Lord let my life and my labors be
That which will build for eternity!’”

We are all involved in building for eternity, aren’t we? As we are raising our children, is it ever that far from our consciousness that the influence we have on our children will largely determine where they spend eternity? Are we cognizant that the influence we exercise in the workplace could very well have an eternal consequence? Do we realize the things we say to our friends could determine where exactly they spend eternity? Do we understand that the way we interact with our brothers and sisters in the church could influence what the congregation becomes in the years to come?

Paul seems accurately aware of such realities in the text before us this morning. Paul has made it obvious in the previous paragraph that the Corinthians should follow God and not the various preachers who might come their way.

In this paragraph. Paul expounds on that idea quite a bit and says the reasons the Corinthians should not follow various preachers is that only the judgment will bring about the true character of the — preachers. Have you ever known a preacher whom you respected highly but later you found out that he had some serious moral defect? Have you ever had a preacher who taught you so much and brought you so far in the truth but later he himself left the faith?

In a very real way. the apostle deals with such issues in our text this morning. He points out that the judgment will bring to light how the preacher truly built upon the foundation of Jesus Christ.

By the grace God has given me, I laid a foundation as an expert builder, and someone else is building on it, v. 10.

God had given Paul grace to lay a foundation. We typically think of grace as the unmerited favor of God specifically as it relates to the forgiveness of sins. The word can also refer to the favor or goodwill that God or someone else bestows in any other way.

Is it not significant that Paul thinks of his ministry among the Corinthians as a gift of God? He didn’t view his work among the Corinthians as something God made him do, something where he had no choice but to go to Corinth and preach. Rather, he viewed his work in Corinth as a privilege, as an opportunity to do good, as God’s goodwill of trusting him with the Gospel to go to Corinth.

How do we view our service to others? Do we view our service as an opportunity that God is graciously giving us? Do we view service as something we just have to do? Do we believe that God is being good to us in that he is trusting us to share his good news, to minister in his name, and to show his love to others? Or, do we get upset when we need to serve others? Do we feel it infringes on our time? Do we feel that we just have to do these things without realizing God’s graciousness in allowing us to serve in his name?

Paul laid a foundation as an expert builder. The term for “expert builder” (New International Version) or “wise masterbuilder” (King James Version) refers to much more than we typically think of in builders. Today a builder will take the blueprints someone else has developed and follow them. The architect will visit the building site often, say, “You need to use this material rather than that material,” and make any changes necessary in the design. But, he doesn’t actually do the building. In the ancient world, the architect and the builder were one and the same; the term “masterbuilder” refers to one who was both architect and builder. Paul not only planned the church in Corinth, but he was the builder of that congregation. His work in building the congregation is described in the clause “I laid a foundation.”

That has great implications for the church, doesn’t it? The foundation for this church was laid years and years ago, long before the church first met here in Alum Creek. The foundation was really laid back at the Porter Fork and Council Gap congregations. We, in the work we continue today, are building on that foundation. Our work here will not be done until Jesus burst through the sky in shouts of glory, will it? Although the foundation is sure and firm, we have much work to build on that foundation and honor Jesus and bring others to know him.

Because others are building on that foundation, each one should be careful how he builds. Undoubtedly. Paul does not reference Apollos and Peter here as those who need to be careful how they build, for they were not in Corinth when he wrote. Paul does seem to be referring to the Corinthian Christians who were carrying on the work that he and Apollos began.

Why should individuals be careful how they build? “For no one can lay any foundation other than the one already laid, which is Jesus Christ,” v. 11. We often use this text in referring to the foundation of the universal church. I have used this text in that way before and I have no problem in doing so now or in the future, for the principle fits. However, we cannot ignore the context in which we find these words.

You know how important it is to have a sure foundation upon which to build. How many of us would want to build a house with a sinking foundation, an unsure foundation or a non-existent foundation? The Empire State Building soared above the sidewalks at “the world’s most crowded crossroads,” Fifth Avenue and Thirty-Fourth Street. Simple and majestic, it rises one hundred and three stories, that is twelve hundred and fifty feet, or nearly a quarter of a mile—straight up from the street. The building has six thousand windows, seventy-five miles of main water pipes, fifty miles of radiator pipe, seven hundred tons of aluminum and stainless steel in the outer walls. There are two million feet of electric wires, 350,000 electric light sockets. The Empire State Building can house 25,000 workers. An additional 40,000 daily visitor cars be accommodated, and in an emergency 80,000 can find shelter there. Its enormous weight—303,000 tons of steel, stone and other material—demanded a sure foundation, and that it has. The foundation reaches down thirty-three feet below the sidewalk, and rests on stratum granite, the firmest foundation in the world, for it is the basic rock which is the earth itself. As sure as that foundation is, what a blessed thought to know that the foundation upon which the church is built is firmer still—Jesus Christ himself.

If any man builds on this foundation using gold, silver, costly stones, wood, hay, or straw, his work will be shown for what it is, because the Day will bring it to light, vv. 12-13.

The building materials Paul mentions here are in descending order according to both preciousness and cost in the ancient world. Obviously, if we’re building a house, we’re going to want to use the sturdiest material available.

The Day will bring to light how sturdy the construction is. The fact that Paul refers to the day, rather than just a day, makes clear that he has the Judgment in mind. We understand that at that Day, God will bring all things to light. “God will bring every deed into judgment, including every hidden thing, whether it is good or evil” (Eccl 12:14). “We must all appear before the judgment seat of Christ, that each one may receive what is due him for the things done while in the body, whether good or bad” (2 Cor 5:10).

Each man’s work will be revealed with fire, and the fire will test the quality of each man’s work, v. 13. The testing by fire was common in the ancient world. Scripture also refers to such testing. “This is the requirement of the law that the LORD gave Moses: Gold, silver, bronze, iron, tin, lead, and anything else that can withstand fire must be put through the fire, and then it will be clean” (Num 31:21-23).

Another common element in the Scriptures is that fire will accompany the day of the Lord. “God is just: He will pay back trouble to those who trouble you and give relief to you who are troubled, and to us as well. This will happen when the Lord Jesus is revealed from heaven in blazing fire with his powerful angels” (2 Thess 1:6-7). “The day of the Lord will come like a thief. The heavens will disappear with a roar; the elements will be destroyed by fire, and the each and everything in it will be laid bare” (2 Pet 3:10).

If what he has built survives, he will receive his reward. If it is burned up, he will suffer loss; he himself will be saved, but only as one escaping through the flames, vv. 14-15.

This is admittedly a very difficult passage, and I’m not at all certain that I have all the answers about it. Many commentators among us assert that this means that the preacher might see his work destroyed and he will be upset that the work collapsed rather than flourished. The main difficulty I have with that interpretation is that most of those commentators see this as occurring before the Judgment, and as we’ve
mentioned Paul references “the Day,” a clear reference to the final day.

It is my conviction that this refers to degrees of reward in heaven. We know that there are degrees of punishment in hell. “That servant who knows his master’s will and does not get ready or does not do what his master wants will be beaten with many blows. But the one who does not know and does things deserving punishment will be beaten with few blows” (Lk 12:47-48). 2 Pet 2:20-21.

Paul seems to be speaking in our text this morning about the opposite, levels of reward in heaven. Here’s what Paul seems to be saying: Those servants of the cross—whether they be Bible class teachers, preachers, elders, or other workers in the congregation—who built solidly on the foundation of Jesus will be rewarded in a special way. Those servants of the cross in whatever capacity they served who did not build so well or the foundation will be saved, but they will not be rewarded so richly in heaven. Jesus hinted at degrees of reward in heaven, as well: “Blessed are you when people insult you, persecute you and falsely say all kinds of evil against you because of me. Rejoice and be glad, because great is your reward in heaven, for in the same way they persecuted the prophets who were before you” (Matt 5:11-12).