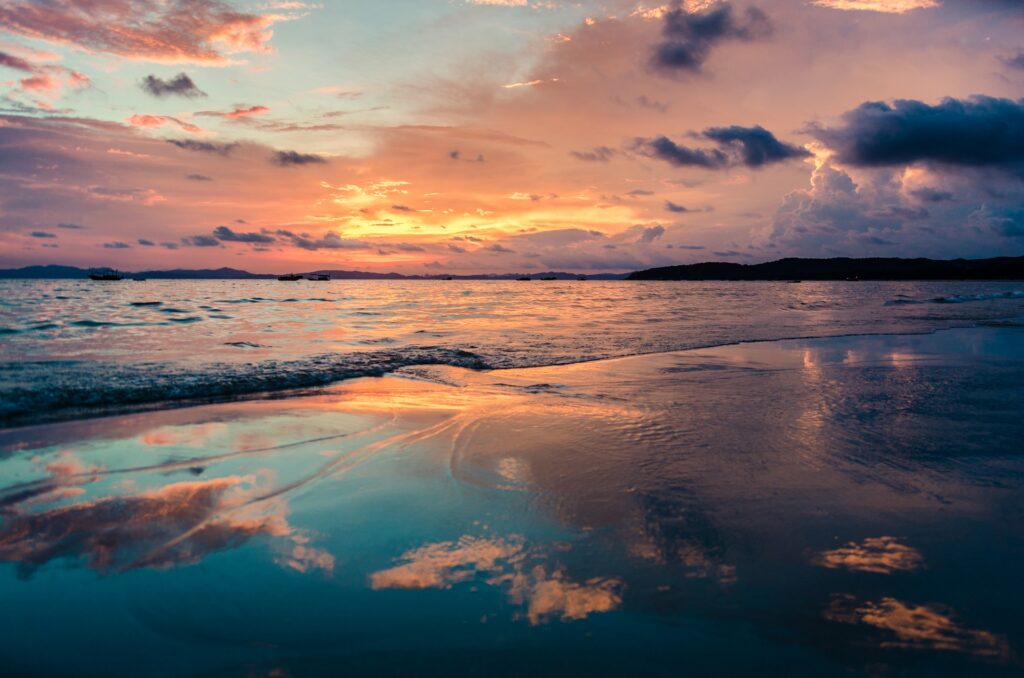 Yes, our senses may bring us into contact with objects we consider good, true, or beautiful. But, the standard by which we measure such things must come from somewhere else.

The French philosopher Rene Descartes raised a similar question about our idea of God. As Descartes saw it, the idea of God can be present in the mind of any mature, rational human being. All that’s necessary for the idea of God to be present in any person’s mind is for that person to think about a Being who is perfect. Of course, it takes some people longer than others to get their thinking about God and perfection clear.

Anselm made an important contribution to thinking about God when he defined God’s perfection. God is that Being than which no greater being can be conceived. In other words, God is the greatest Being the mind can conceive.

Consider any candidate for the title of “God” that you like—we’ll call the candidate “A.” If you can conceive of a being greater than A, it follows that A cannot be God. Suppose A is lacking in power or knowledge or holiness or some other great property. Also, suppose that some other being (“B”) possesses one or more of the great-making properties lacking in A’s nature. It follows, then, that A cannot be God.

Even though humans can never fully comprehend the perfect essence of God, one thing is certain: If it is possible for us to think of a being greater than the being we call God, then the lesser of the two beings cannot be God. Remember: God is that being than which no greater being can be conceived.

Anselm’s argument is found in the first three chapters of the Proslogium. Anselm had earlier written a work containing arguments for God’s existence. But, then, he said, “I began to ask myself whether there might be found a single argument which would require no other for its proof that itself alone; and alone would suffice to demonstrate that God truly exists … and whatever we believe regarding the divine being.” He was about to give up when the argument “began to force itself on me, with a kind of importunity.”

The first three chapters of the Proslogium

Anselm invoked God’s presence and confessed God’s incomprehensibility and his own sin. He concluded with these famous words: “I do not endeavor, O Lord, to penetrate thy sublimity, for in no wise do I compare my understanding with that; but I long to understand in some degree thy truth, which my heart believes and loves. For I do not seek to understand that I may believe, but I believe in order to understand. For this also I believe—that unless I believed, I should not understand.”

This chapter begins the argument that seemed to force itself on Anselm. Anselm began with a Christian belief, the thrust of his argument is: “And, indeed, we believe that thou art a being than which no greater can be conceived.”

Anselm recognized that some do not believe in such a God, like the fool of Psalm 14:1. Nevertheless, this fool at least understands the words “a being than which no greater can be conceived,” so we may say that in a sense this being “exists in the [fool’s] understanding.” If, however, it exists in the fool’s understanding alone and not in reality, then we can imagine a greater being, namely, one that exists, not only in the understanding but in reality.

It is greater, better, for him to exist than not to exist, and to exist necessarily rather than contingently.

This argument has been hotly debated for years, and many people have problems with it.

Humans do seem to differ greatly in the capacity to comprehend certain concepts. One of the nice things about Anselm’s definition of God is that when it is understood, it helps us grasp something of what it means to be a perfect being at the same time that we see that we can approach the limits of God’s being. While God is that being than which a greater being cannot be conceived—while we will never be able to conceive of a being more perfect than God—our concepts of God will never include all that he is.

Whatever problems scholars might have with some of the details, we know what it means to say that God is an eternal, all-powerful, all-knowing, perfectly good, perfectly just, perfectly loving personal Spirit.

For anyone professing difficulty comprehending the moral traits of God (goodness, justice, love, etc.) Christians can give additional content to these words by directing people to Jesus Christ who is the living Word of God. All that is necessary to have the idea of God is to think of God. As that thinking becomes increasingly adequate for the task, the idea of God will become sharper.

The important point, though, is that having the idea of God in our minds does not mean understanding absolutely everything about God.

To ask this question is not simply to ask for the persons who may have been instrumental in helping us become conscious of this idea of God. Some might say, “My parents, my teachers, etc.” However, Descartes in his formulation of this idea says that other human beings are insufficient for our ideas of God.

One reason Descartes says that he or other humans cannot be the source of our ideas of God is that he is fully aware that he is anything but perfect. Like every other human, Descartes was infinite, imperfect, and—in short—lacking in all the properties of God.

How can a finite, imperfect being possibly give rise to the idea of such perfection? There is, of course, an important assumption behind what Descartes is saying at this point: He believes that the cause of any effect must have as much reality as the effect. How, Descartes wondered, can imperfection give rise to that which is perfect? How can the finite produce the infinite?

The most common objection to the argument is that concepts in the mind imply only mental existence, never existence in reality. There can be no “leap” from mind to reality. This argument invokes our intuition that we can think of many things, like unicorns and leprechauns, that do not exist in reality, and it is hard to conceive of anything in such mental concepts that in itself could prove that these objects exist in the real world.

Anselm, however, does not say that it is generally valid to infer realities from concepts. For him, this inference is valid in only one case, the case of God. It is not valid for our concepts of unicorns or perfect islands, only for that being than which no greater being can be conceived.

For Anselm, the ontological argument expresses the heart of the Christian worldview. God is the source of all value, so his existence must be presupposed if we are to accept the existence of anything else. It is not surprised, then, that this argument arises in answer to prayer and is expressed in the language of prayer.